The Villages shuts down its entertainment scene 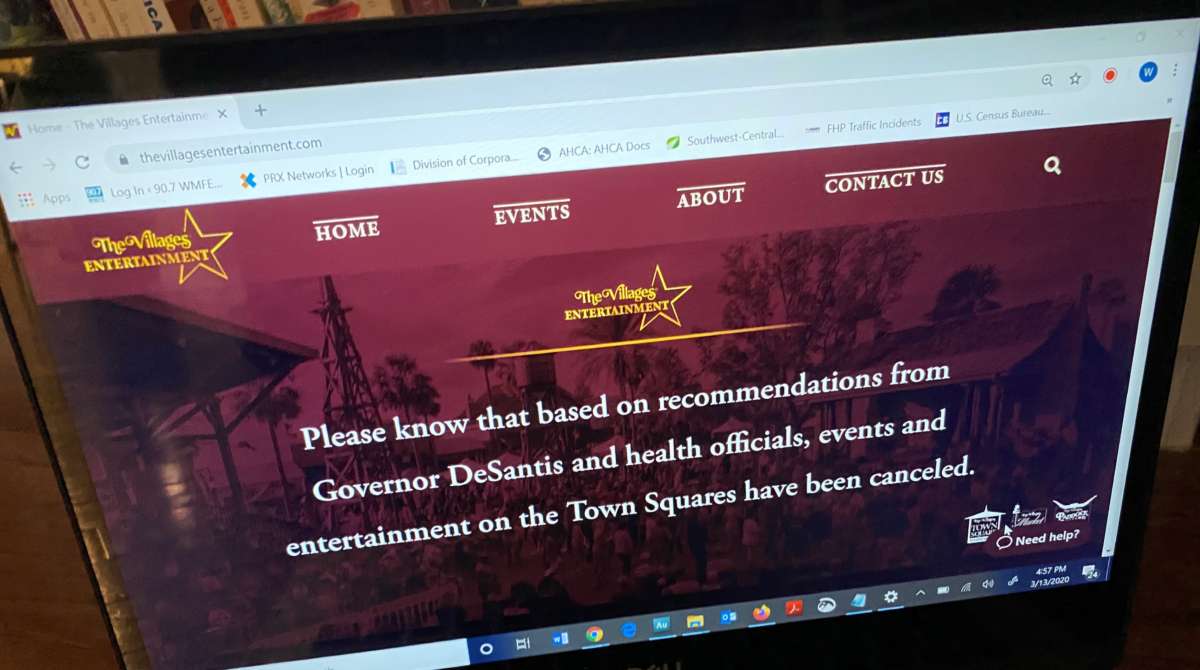 The Villages on Friday announced the cancellation of events on its town squares due to COVID-19 precautions. Photo: Joe Byrnes/WMFV

The Villages, with its large population of older people, is taking seriously the state’s advice against gathering in crowds.

The sprawling retirement community in Central Florida has largely shut down its thriving entertainment scene to counter the spread of the coronavirus.

Citing recommendations from the governor and health officials, The Villages has canceled evening events on the town squares indefinitely. It has temporarily closed the Barnstorm Theatre and the Old Mill Playhouse.

The Villages also has canceled the Saturday farmers markets in the Brownwood neighborhood and other local events, including polo matches.

It has canceled upcoming government meetings, the Irish American Parade on St. Patrick’s Day, an outdoor concert planned for March 18, and its indoor events at recreation centers.

The Village’s premier theater, The Sharon, had already canceled a show by country music star Trisha Yearwood and next week’s performance by Paul Anka.