The Villages’ most famous anti-Trump protester had hoped to call it quits; then came the Capitol riot, Marjorie Taylor Greene and Matt Gaetz 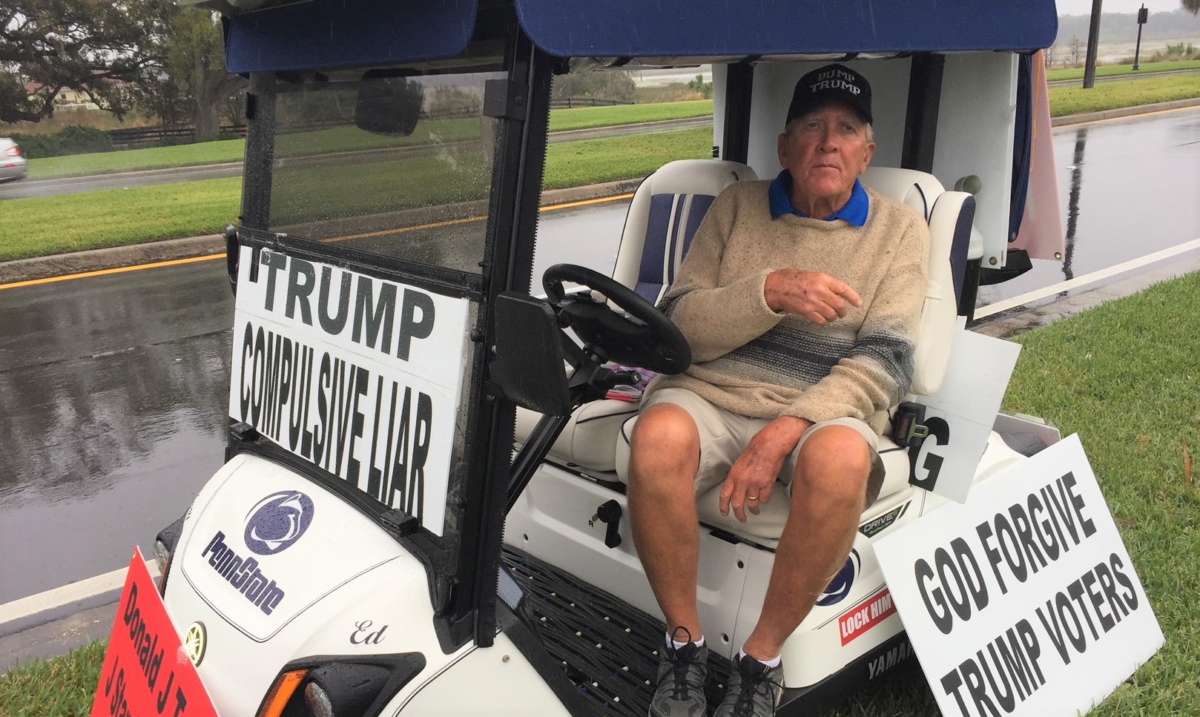 Ed McGinty was famous around the country as an anti-Trump protester in The Villages, a conservative Central Florida retirement community. File photo: Joe Byrnes

Pro-Trump firebrands Marjorie Taylor Greene and Matt Gaetz are kicking off a national tour of America First rallies Friday evening in The Villages.

And the most notorious anti-Trump protester in this Republican stronghold plans to be there.

After the election, Ed McGinty threw out the many provocative anti-Trump signs he used to put around his golf cart.

A Republican former friend had told him he’s the most hated man in The Villages. And the retired real estate broker says his wife wanted him to move on.

Then came bogus claims of election fraud, the Capitol riot, and Marjorie Taylor Greene, a Georgia congresswoman who promoted QAnon and other conspiracies.

So McGinty and his crew will show up for her rally with Congressman Matt Gaetz.

“I just can’t let them come into The Villages and not feel my wrath,” McGinty said.

He’ll protest with a sign saying: “Re-elect Joe Biden in 2024,” he said.  “[A]s these Trumpers walk by, and I ask them, ‘Please, tell me what happened January the sixth.’ And they just don’t have an answer for it.”