The Villages is moving swiftly to create independent fire district 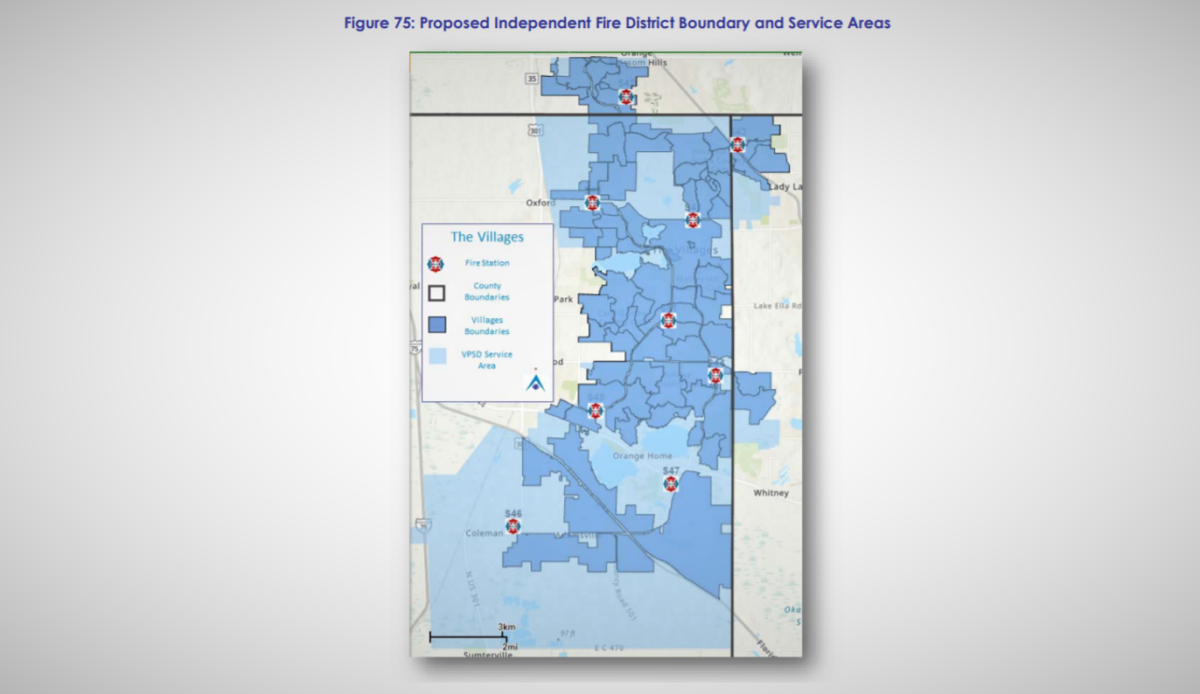 The Villages is moving swiftly toward the creation of an independent district to handle its fire and ambulance services.

On Tuesday night the Sumter County Commission backed that plan, even dropping its claim to a $2.7 million refund in order to help The Villages fire department with its transition.

A study prepared for The Villages by the J. Angle Group has the proposed independent fire district boundaries within Sumter County and areas of The Villages outside of Sumter being served through interlocal agreements.

Lawmakers representing the Villages have gotten behind a bill for an independent fire district.

And last month, the Sumter County commission decided the county and Villages fire departments would operate their own ambulance services.

“The Villages needs this,” he said. “We need to be in control of our own ambulance service with a board that is controlled by our residents, where Sumter County has no input into how much money we have or how we get our money or anything else.”

Right now, The Villages Public Safety Department operates under an agreement with Sumter County and is funded through the county and with a fee for every rooftop.  A private company is providing ambulance service through next September.

A referendum on the district could be held by early 2023.

As part of the 4-1 vote Tuesday night, the County Commission surrendered its claim to a $2.7 million refund from The Villages fire department.

It was part of a contract dispute that was supposed to go through a resolution process.

Commission Chairman Garry Breeden said he was against just giving The Villages money that Sumter County might need for its own fire department.

“I’m still of the opinion,” Breeden said, “that if we waive the dispute resolution and just say, ‘OK we’re giving you the money. Forget it.’ I think we’re not being responsible stewards of the taxpayer dollar. And that’s just my opinion.”