The Vatican Says The Pope ‘Reacted Well’ To Intestinal Surgery 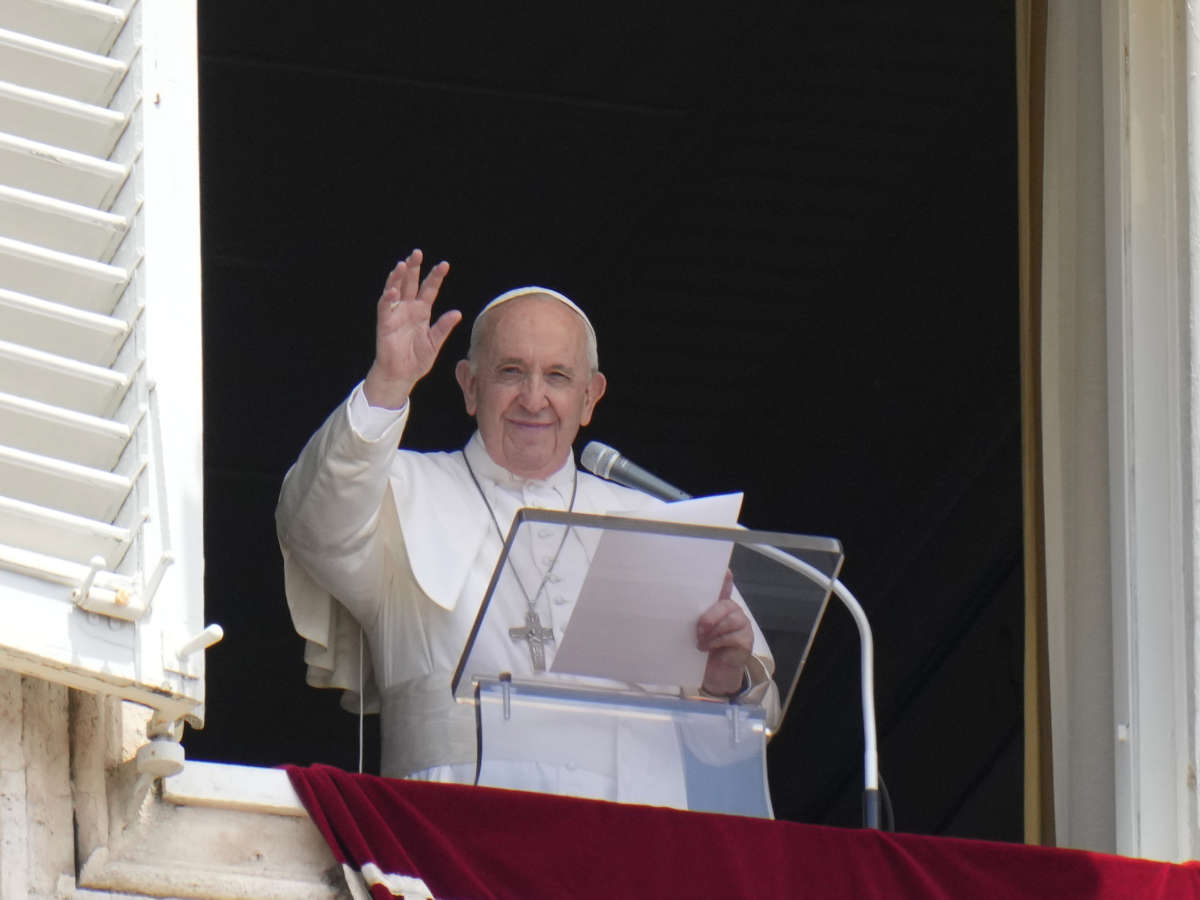 Pope Francis waves to the crowd from the window of his studio overlooking St.Peter's Square, at the Vatican. In a brief announcement Sunday afternoon the Vatican said Pope Francis has gone to a Rome hospital for scheduled surgery.
Image credit: Alessandra Tarantino

In a statement late Sunday, a Holy See spokesman, Matteo Bruni, said the 84-year-old Francis had general anesthesia during the surgery necessitated by a stenosis, or narrowing, of the sigmoid portion of the large intestine.

The written statement, which came shortly before midnight, was notable for its scarcity of medical detail.

Bruni didn’t say how long surgery lasted. Nor did he indicate if the pope had regained consciousness after the anesthesia or how long Francis was expected to stay in Rome’s Agostino Gemelli Polyclinic.

Francis was expected to convalesce for a few days in a special 10th floor suite reserved for popes.

“The Holy Father, admitted in the afternoon to A. Gemelli Polyclinic, underwent in the evening planned surgery for a diverticular stenosis of the sigmoid” portion of the colon, Bruni said in the brief written statement. “The Holy Father reacted well to the surgery conducted under general anesthesia,” the spokesman said, noting there was a four-person surgical team, plus a four-person anesthesiologist team.

Among those present in the operating room was the official papal physician, whom Francis tapped earlier this year. The pope’s previous physician had contracted COVID-19 and died at Gemelli while hospitalized for cancer treatment.

It was a remarkable end to a day that began publicly for Francis when, during his traditional Sunday appearance to the faithful in St. Peter’s Square, he cheerfully announced he would go to Hungary and Slovakia in September. The pope made no mention of his impending surgery, but headed shortly after to Gemelli, a Catholic teaching hospital.

After he was admitted, the Vatican revealed that Francis had been diagnosed with a narrowing in the large intestine. The main surgeon was Dr. Sergio Alfieri, the director of Gemelli’s digestive surgery department.

A week earlier, Francis had used his same Sunday appearance to ask the public for special prayers for himself, which may have been related to the planned surgery.

“I ask you to pray for the pope, pray in a special way,” Francis had asked the faithful in the square on June 27. “The pope needs your prayers,” he said, adding his thanks and saying “I know you will do that.”

A diverticulum is pouch-like protrusion through the muscular wall of the intestine.

When diverticula become inflamed — a common condition, especially in older people — part of the intestine can sometimes narrow and surgery might be required, according to gastroenterologists. Such surgery can be performed under general anesthesia, possibly with a laparoscopic intervention. Sometimes a re-sectioning of the affected part of the intestine is needed.

Francis is in generally good health, but he did have part of one lung removed as a young man. He also suffers from sciatica, in which a nerve affects the lower back and leg, a painful condition that has forced him at times to skip scheduled appearances.

The pope had a particularly demanding set of appointments last week, including celebrating a Mass on Tuesday to mark the Catholic feast day honoring Saints Peter and Paul, and later in the week, presiding at a special prayer service for Lebanon. On June 28, he also had a long private audience at the Vatican with U.S. Secretary of State Antony Blinken. Throughout all those engagements, Francis appeared to be in good spirits.

Get-well wishes began arriving immediately for Francis. Italian President Sergio Mattarella, as soon as he landed in Paris for a state visit in France, offered an “affectionate thought” on behalf of all Italians. Mattarella said he was wishing for “a good convalescence and even a speedier recovery” for the pope.

Gemelli doctors have performed surgery before on popes, notably Pope John Paul II, who had what the Vatican said was a benign tumor in his colon removed in 1992. John Paul had several other surgeries at the hospital, including after being shot by a gunman in St. Peter’s Square in 1981. After those surgeries, the Vatican and hospital officials gave detailed accounts of the pope’s medical condition.

John Paul also had several medical issues in his final years, including severe complications from Parkinson’s disease, and had numerous stays at Gemelli.