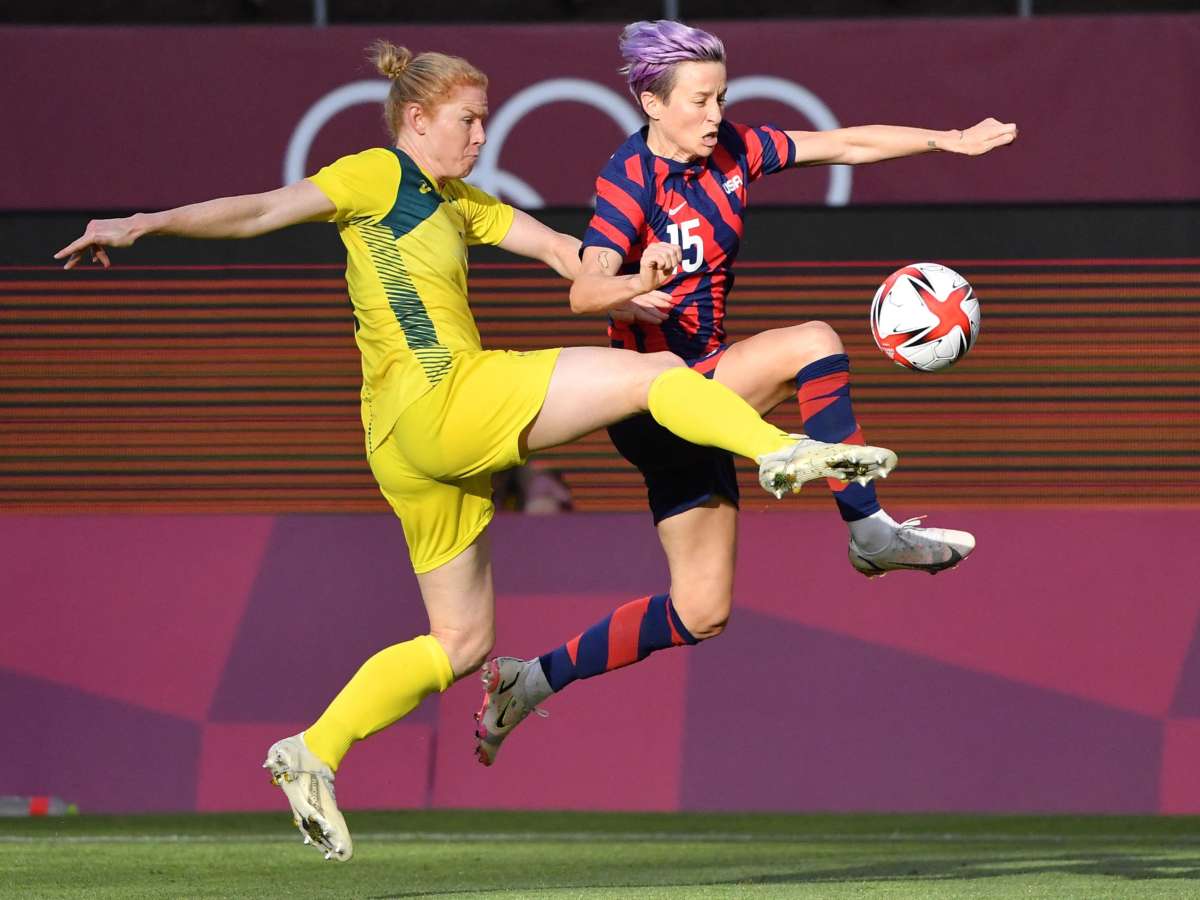 TOKYO — It was not the color medal the U.S. Women’s National Soccer team had hoped to win at the Olympics. But the dominant 4-3 victory over Australia gave the top-ranked U.S. the bronze medal. In the 2016 Rio de Janeiro Games, the U.S. was bounced out of the Olympics in the quarterfinals.

Then, as now, the United States is the reigning Women’s World Cup champion and the team had hoped to do something never done before: win an Olympic gold medal following a World Cup title. But uneven play in the Olympic tournament with losses to Sweden in group play and Canada in the semifinals again proved to dash the U.S.’s golden hopes.

But two U.S. veterans ensured that would not happen in the team’s final 2020 Olympic appearance.

Megan Rapinoe scored the USWNT’s first two goals against Australia — including a beautiful corner kick that curled into the goal in the 8th minute. Australia’s Sam Kerr evened the score in the 17th minute. But Rapinoe would not be denied, answering quickly, with a powerful strike four minutes later.

Carli Lloyd, at 39 is the oldest player on the U.S. team, and she made it 3-1 with a goal in stoppage time.

The U.S. continued its scoring ways in the second half with Lloyd’s second goal to make it 4-1. Australia would not quit. Caitlin Foord had her own answer in the 51st minute to keep the game closer at 4-2. The U.S. kept attacking and countered it with its stifling defense reminiscent of its domination during the 2019 Women’s World Cup.

But Australia would not quit. Emily Gielnik scored in the 90th minute with a curving shot from the top of the penalty box beyond the outstretched arms of U.S. goalkeeper Adrianna Franch to make it 4-3.

Franch got her first Olympic start with goalkeeper Alyssa Naeher unable to play. She exited the semifinal game against Canada in the first half when she landed awkwardly and hyperextended her right knee.

The rhythm, energy and tempo were very different in the bronze medal game compared to when these same two teams tangled in group play and ended in a scoreless draw.

Still, this was the U.S. squad’s seventh Olympic appearance and its sixth overall Olympic medal (four gold, a silver and now bronze). The next closest country on the women’s soccer medal count is Germany with four.