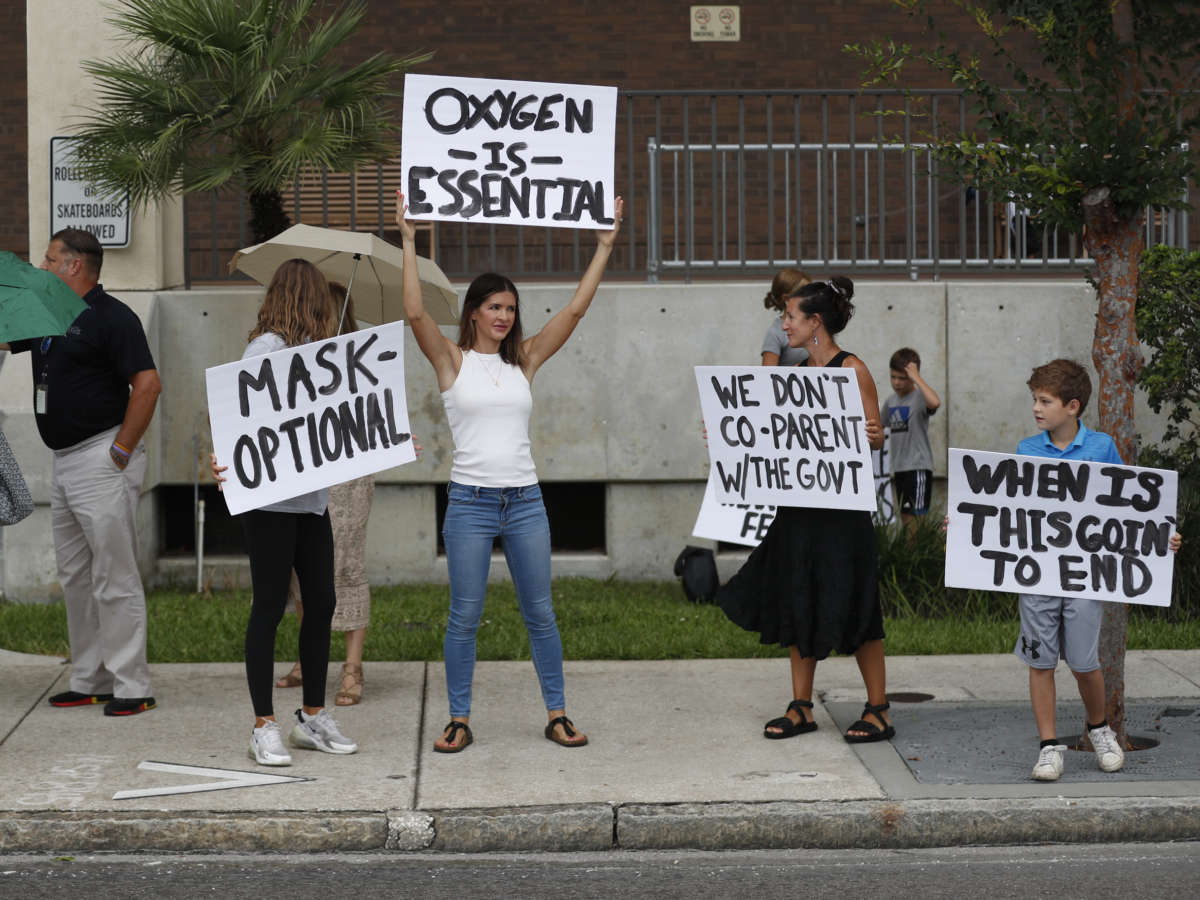 Tom Leonard, the superintendent of Eanes Independent School District in Austin, Texas, is desperately trying to keep “mask wars” out of his schools.

But the subject of masking is so polarizing that parents are becoming violent toward the very people they entrust their children with.

During a back-to-school event this week, an angry parent ripped a mask off a teacher’s face. Others yelled at a teacher who was wearing a mask, saying they could not understand her while her face was covered. Leonard had to write a note asking people to “be kind” to educators.

“I just do not want the mask wars occurring in my schools,” Leonard told NPR. “I don’t want my principals and teachers and bus drivers dedicating any of their limited bandwidth to fighting with either parents or kids.”

“Take it outside,” he said.

But fights like this are erupting across the United States.

Leonard said he has been talking with education leaders and friends in California, Illinois and New York who say similar issues are cropping up in their school districts too. “This is everywhere,” Leonard said.

Teachers face anger as students return to the classroom

Law enforcement officials have been called in to curb angry protesters at school board meetings in states such as Nevada and Pennsylvania. In one school district in Colorado, sheriff’s deputies were called to stand outside a few schools on the first day of classes to make sure protests didn’t disrupt learning. And in Salt Lake City, protesters who disrupted a school board meeting this year are now facing criminal charges.

It’s not just school board meetings either. At a California elementary school, a parent has been banned from campus after attacking a principal and teacher over the mask-mandate policy.

Leonard said the aggressive incidents that took place this week were “isolated” but reflective of the long-standing tension in the community amid the coronavirus pandemic and the politicization of wearing masks.

Most Americans are in favor of mandatory masking in schools, but it’s deeply politicized

Despite the disruptions, those protesting mask mandates in schools are in the minority nationwide.

A recent Axios-Ipsos poll showed a majority of Americans — 69% — support mask mandates in schools. But opinion is starkly divided by political party: 92% of Democrats support a mandate versus just 44% of Republicans.

“The bottom line is, this is a vocal minority,” said Randi Weingarten, president of the American Federation of Teachers. “The people who are acting out this way are doing it to intimidate and to bully. And there has to be consequences to that kind of behavior.”

Educators want students to still feel the magic at school

Leonard said he hopes the added stress of protests and disruptions doesn’t take away from the “magic” of seeing students back in classrooms.

“Our kindergarteners were jumping up and down today,” Leonard said.

The pandemic hasn’t taken that excitement away from kids — and he doesn’t want politics to get in the way.