The ‘Time Has Come’ For A Global Pandemic Treaty, WHO’s Tedros Says 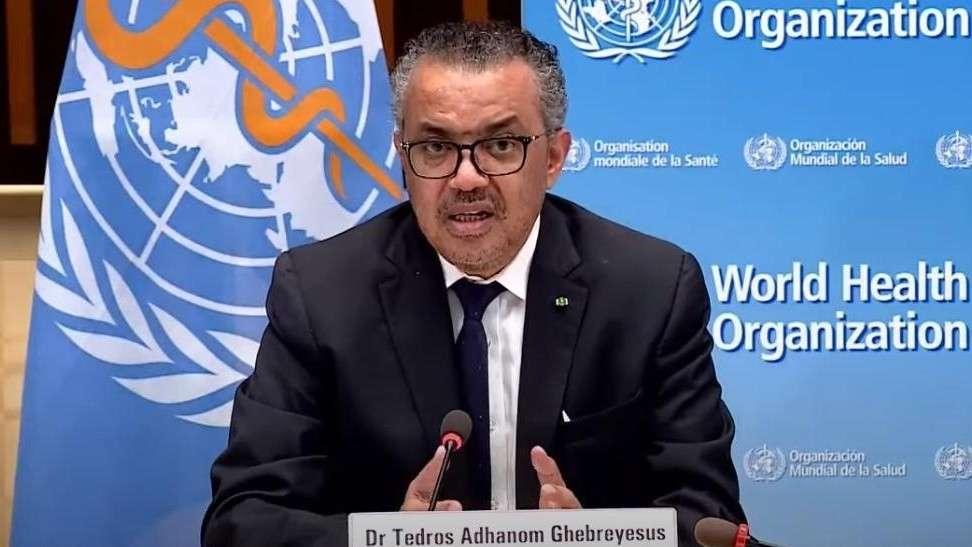 "At present, pathogens have greater power than WHO," World Health Organization leader Tedros Adhanom Ghebreyesus said on Monday. "They exploit our interconnectedness and expose our inequities and divisions." Tedros is seen speaking earlier this month in Geneva, Switzerland.

The COVID-19 pandemic proves that the world needs a pandemic treaty, says WHO Director-General Tedros Adhanom Ghebreyesus. It’s the one major change, Tedros said, that would do the most to boost global health security and also empower the World Health Organization.

“This is an idea whose time has come,” Tedros told diplomats attending the final day of the World Health Assembly in Geneva.

More than two dozen world leaders said in March that they support an international treaty or framework on pandemic preparedness and response, signing a letter whose signatories notably did not include the U.S., China or Russia.

Momentum grew further at the World Health Assembly, as more than 30 countries, along with every EU member, supported discussing the matter of a treaty or convention in November.

“The United States was one of the countries that supported the resolution to hold the special session,” the WHO said Monday in response to an NPR inquiry. “That is not to say it has committed to support the treaty yet, as the process of moving forward was only confirmed today.”

In Tedros’ closing remarks, he welcomed calls for a stronger and better-financed WHO. But while more resources and authority are direly needed, he said, an international treaty would connect countries in ways that strengthen the world’s health security.

“At present, pathogens have greater power than WHO. They are emerging more frequently in a planet out of balance. They exploit our interconnectedness and expose our inequities and divisions,” Tedros said. “The safety of the world’s people cannot rely solely on the goodwill of governments.”

A treaty would make countries more accountable to one another, he said.

The lack of sharing — of information, technology, resources and data — is the COVID-19 pandemic’s defining characteristic, the WHO leader said.

The weeklong World Health Assembly’s theme is “Ending this pandemic, preventing the next one.”

While Tedros acknowledged progress in reducing the numbers of COVID-19 cases and deaths, he stressed that much work remains to end the pandemic, calling it “a monumental error for any country to think the danger has passed.”

Together, the world still faces “the same vulnerabilities that allowed a small outbreak to become a global pandemic,” he said.

In many ways, Tedros’ remarks echoed the frustrations he raised last year, when he said the pandemic was presenting humanity with a test — one that we are failing.

“How is it difficult for humans to unite and fight a common enemy that is killing people indiscriminately?” an emotional Tedros asked at a briefing in Geneva. “Are we unable to distinguish or identify the common enemy?”