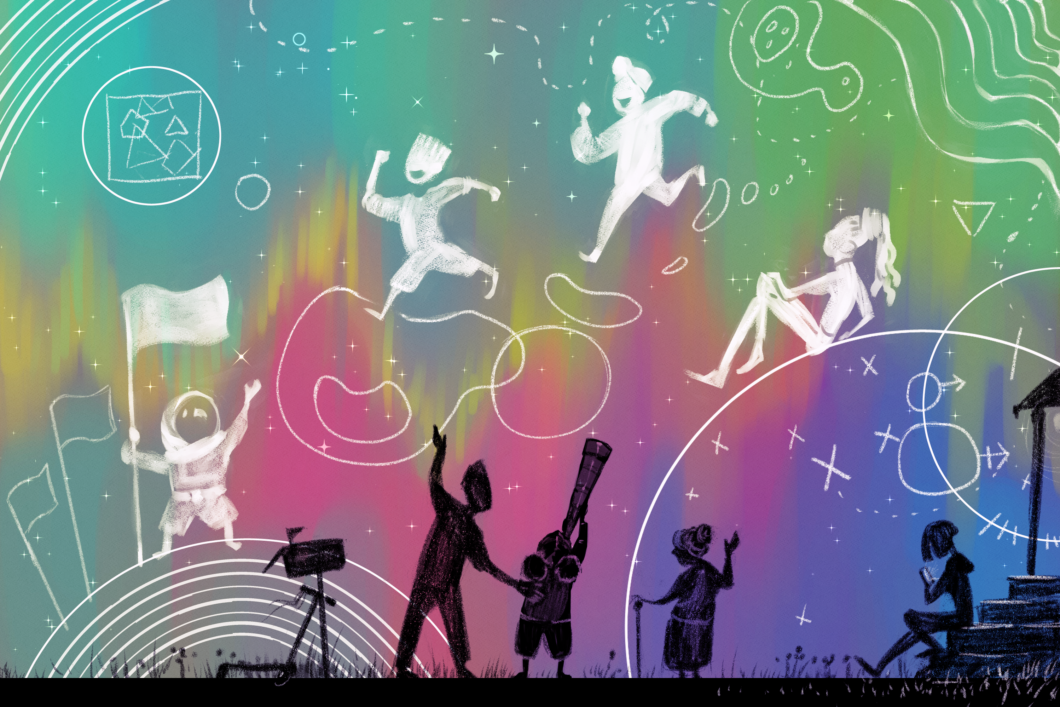 A majority of parents rarely, if ever, discuss race/ethnicity, gender, class or other categories of social identity with their kids, according to a new, nationally representative survey of more than 6,000 parents conducted by Sesame Workshop and NORC at the University of Chicago. The researchers behind Sesame Street say the fact that so many families aren’t talking about these issues is a problem because children are hard-wired to notice differences at a young age — and they’re asking questions.

” ‘Why is this person darker than me?’ ‘Why is this person wearing that hat on their head?’ ” These are just some of the social identity questions parents might hear, says Tanya Haider, executive vice president for strategy, research and ventures at Sesame Workshop. “We sometimes are scared to talk about these things. If the adults stiffen up and say, ‘Oh, you shouldn’t say that loudly,’ that’s sending [children] a cue that there’s something wrong.”

And there’s nothing wrong, Haider says, with a child’s natural curiosity. What’s risky is when kids are left alone to make sense of the differences they see, with little more than stereotypes, television and guesswork to guide them.

For the past year, NPR and Sesame Workshop have collaborated on a podcast for parents — part of NPR’s Life Kit project. Together, they’ve covered all sorts of subjects, from how to raise kind kids and navigate divorce to how to talk with children about death. Earlier this year, NPR and Sesame Workshop devoted an entire episode to the importance of talking about race and other social categories with kids and provided parents with some helpful strategies.

These new survey results raise an important question: Why aren’t parents talking about social identity with their kids?

The vast majority of parents surveyed say they do feel comfortable talking about social identity. They just don’t do it.

That doesn’t surprise Beverly Daniel Tatum, a psychologist and author of the classic, Why Are All The Black Kids Sitting Together In The Cafeteria. “My guess is, some parents — certain majority parents — might think, ‘What’s to talk about?’ You know? Maybe there’s this sense of, it doesn’t really need to be talked about.”

With so many communities still deeply segregated, parents often look around and see only families that share their social categories. Even when parents do talk about identity, according to the survey, they often wait until their kids are 10, 11 or even 12 years old. Jennifer Kotler Clarke, who oversaw the Sesame survey, says parents seem to think younger kids don’t notice these differences, though “there’s all sorts of research that suggest that children very early on notice definitely physical differences between different people and they make meaning of those differences. And there’s discrimination very early on.”

In a previous Life Kit episode on how to raise kind kids, we reported that, even as babies, humans not only show a preference for those who look and act like us, but they also show a desire to see those not like us be treated badly.

In a University of Toronto study, infants as young as six months old showed a preference for members of their own race and against members of different races. And this us vs. them mentality extends beyond physical differences.

[Professor Kiley] Hamlin, at the University of British Columbia, introduced a new variable to her puppet shows. When the puppet and baby liked different snacks, the baby wasn’t just less kind. She often wanted the puppet that did not share her snack preference punished.

“Babies did seem to care more about who was like them than they cared about niceness and meanness,” says Hamlin.

As a result, Kotler Clarke says, grown-ups need to be proactive about explaining the differences kids see and making clear: Different isn’t bad. If children don’t get help from parents “and have to try to make meaning of different social identities [on their own], they may come up with all sorts of weird and strange reasons that people are somewhat different.”

Exhibit A: Beverly Daniel Tatum still remembers the day her 3-year-old son was told by a white preschool classmate: ” ‘Your skin is brown because you drink chocolate milk.’ ” And then, she says, her son came home and asked if it was true. No, she assured him, your skin is brown because of something called melanin. We all have it, she told him — you simply have a little more.

This interaction highlights what may be the single biggest warning sign in Sesame’s new survey results: Many of the parents who are talking about race/ethnicity, gender, class and religion are doing so because their children are hearing negative comments about their own identities. Beverly Daniel Tatum explained the truth to her son about his skin color. But what about the little boy whose misconception set off this chain reaction?

According to Sesame’s survey results, 40% of black parents say their children have heard a negative comment about their race, and they are twice as likely as white parents to talk about race with their kids. Among parents of trans or nonbinary children, half reported their children hearing negative comments and were much more likely to talk about gender identity with their kids than were the parents of kids who’d heard no criticism.

In a separate survey, Sesame Workshop also queried preschool and elementary school educators about how they approach social identity in the classroom. Interestingly, teachers say they feel that social class — not race/ethnicity, gender, country of origin or any other social category — has the biggest impact on their students’ ability to succeed, yet class is also the category they believe is least appropriate to discuss in school, and the one they’re the least comfortable talking about with students.

Differences like class, skin color, gender and religion don’t have to divide us, but ignoring them won’t unite us either. Conversation is key, Sesame Workshop argues in this new report, to building your child’s own positive sense of identity — along with a healthy respect for everyone else’s.