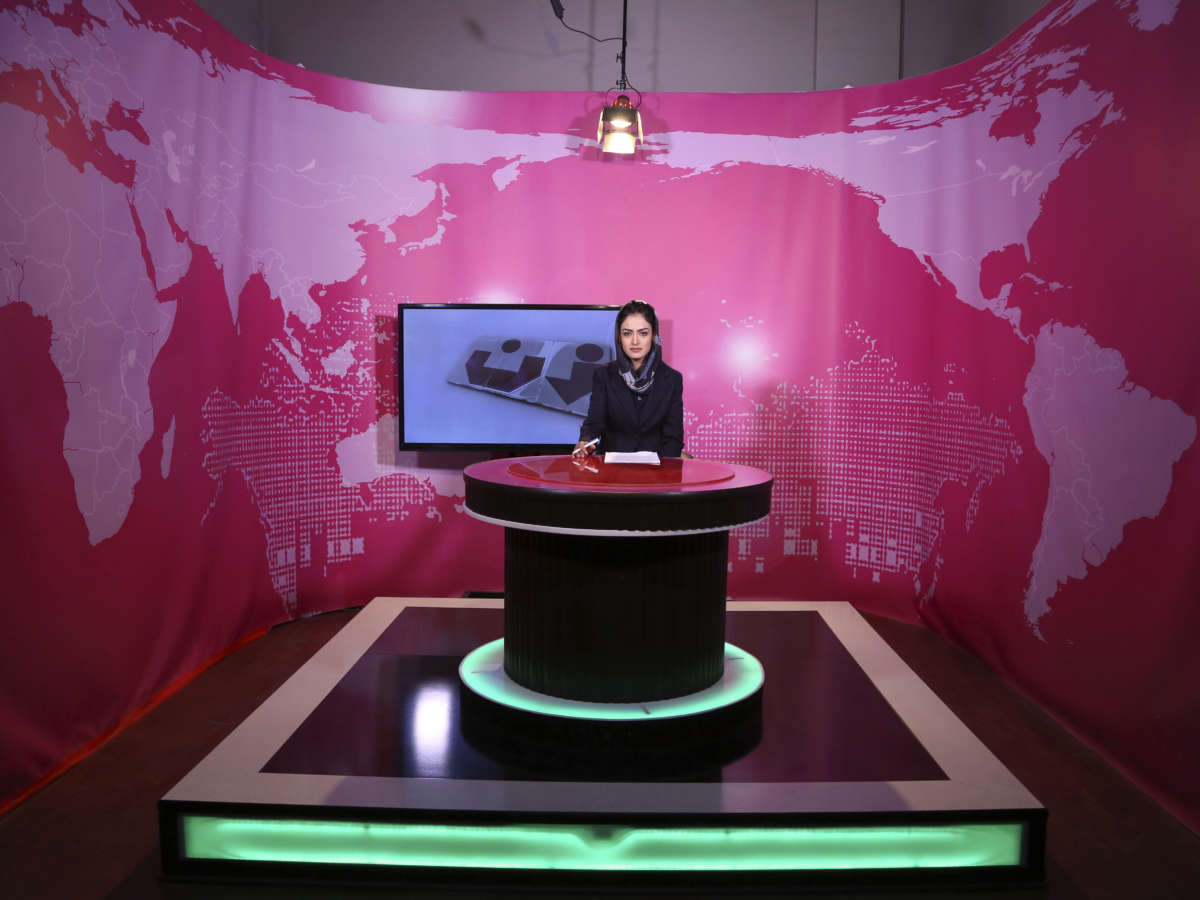 The order came in a statement from the Taliban’s Virtue and Vice Ministry, tasked with enforcing the group’s rulings, as well as from the Information and Culture Ministry, the TOLOnews channel said in a tweet. The statement called the order “final and non-negotiable,” the channel said.

The statement was sent to the Moby Group, which owns TOLOnews and several other TV and radio networks, and the tweet said it was being applied to other Afghan media as well.

An Afghan local media official confirmed his station had received the order and was told it was not up for discussion. He said the station has no other option. He spoke on condition he and his station not be identified for fear of problems with the authorities.

Several female anchors and presenters posted their photos on social media showing them with their faces covered with face masks during presenting programs. One prominent TOLO presenter, Yalda Ali, posted a video of herself putting on a face mask with a caption: “a woman being erased, on orders from the Virtue and Vice Ministry.”

On one station, Shamshad TV, implementation of the order was mixed: One woman anchor appeared with a face mask Thursday, while another later in the day went without, showing her face.

During the Taliban’s first time in power from 1996-2001, they imposed overwhelming restrictions on women, requiring them to wear the all-encompassing burqa that even covered the eyes with a mesh and barring them from public life. and education

After they seized power again in Afghanistan in August, the Taliban initially appeared to have moderated somewhat their restrictions, announcing no dress code for women. But in recent weeks, they have taken a sharp, hard-line pivot that confirmed the worst fears of rights activists.

Earlier this month, the Taliban ordered all women in public to wear head-to-toe clothing that leaves only their eyes visible. The decree said women should leave the home only when necessary and that male relatives would face punishment for women’s dress code violations, starting with a summons and escalating to court hearings and jail time.

The Taliban leader also issued a decree barring girls from attending school after the sixth grade, reversing previous promises by Taliban officials that girls of all ages would be allowed an education.