The strategy behind Russia’s sarcastic tone towards the West 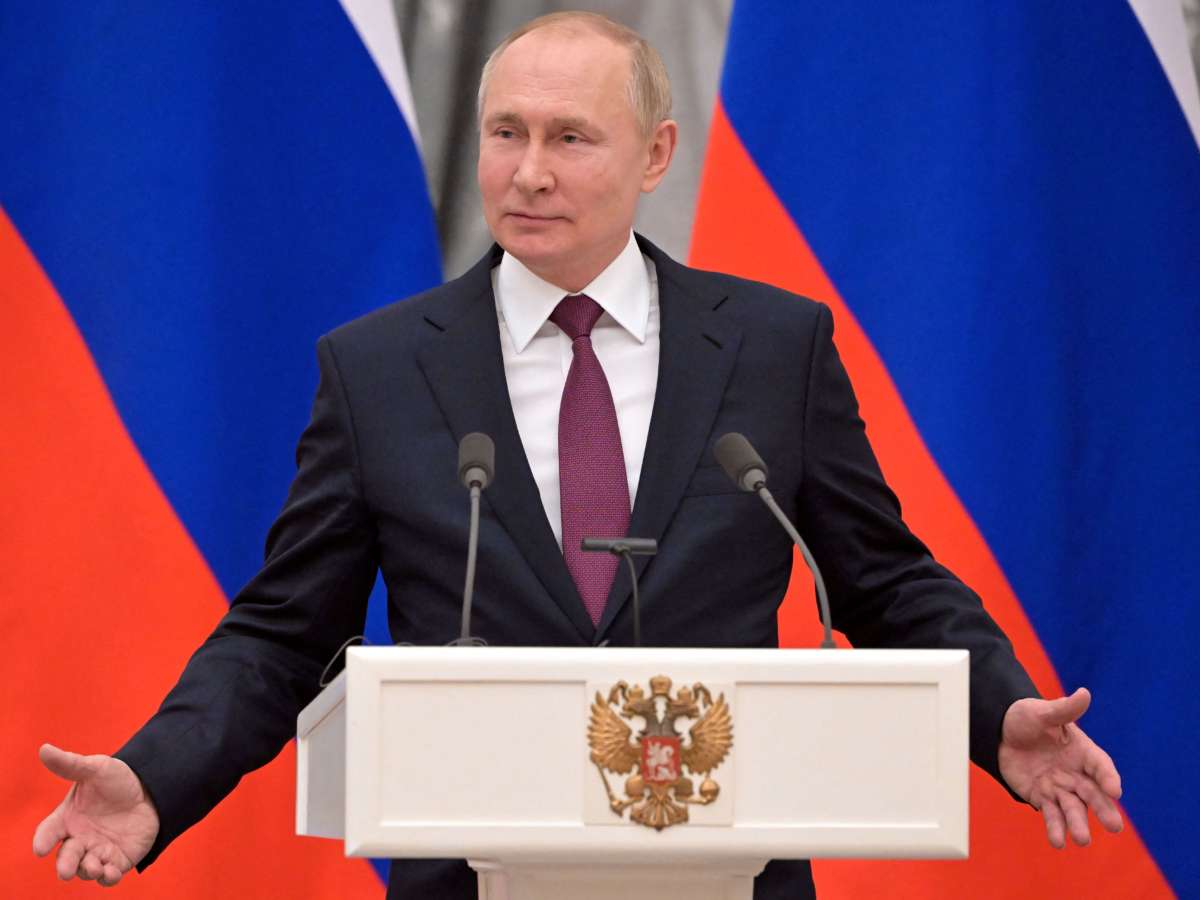 President Biden said Tuesday that Russia’s decision to move troops into parts of eastern Ukraine was “the beginning of a Russian invasion.”

Russian President Vladimir Putin does not characterize it that way, but as the world watched for a possible invasion, Russia consistently deployed sarcasm in its messaging.

During a press conference last week, Maria Zakharova, a spokeswoman for Russia’s Ministry of Foreign Affairs, framed the idea of Russia invading Ukraine as an almost trivial idea.

“Good afternoon. Sorry for being a little late,” Zakharova said on Feb. 16. “I was just checking whether we were invading Ukraine or not. Spoiler: we are not.”

A sarcastic tone is a tool Russian officials often use, including Foreign Minister Sergey Lavrov, who following a meeting with his British counterpart recently said, “I am truly disappointed that this is like the deaf talking to the blind, etc. Basically, nobody’s hearing each other.”

The strategy behind the sarcasm isn’t new and has been used since Russia’s invasion of Crimea in 2014, said Timothy Snyder, a history professor at Yale University.

“I remember very clearly President Putin saying at the time that there were no Russian soldiers in Ukraine, and if there seemed to be it was just people who had bought used camouflage from a local store,” Snyder said. “It’s a kind of postmodern cynicism, trying to put you on the back foot, trying to confuse you.”

Taking this tone also allows Russia to assert power by declaring what’s real and what isn’t, while also trying to throw in some humor, Snyder said.

“It’s like a cynical pose — ‘Nothing is true. Nothing is real. We’re more daring than you, because we’re willing to say anything, and you’re not willing to say anything,'” Snyder said. “But at the same time, it’s also a way of buying time. It clouds things so that you spend your time trying to figure out what’s going on, rather than just watching the simple facts on the ground.”

Snyder spoke with NPR’s All Things Considered about how the tone of Russian diplomats compares to their U.S. counterparts, the intended audience of this sarcasm and the underlying strategy beneath Russia’s messaging.

On how this sarcasm compares to language from the Democratic West

It’s very, very different. I mean, the contrast with the Americans or with the Germans is very striking. Diplomats in the West are generally earnest to the point of being boring. And I think, particularly when confronted with the Russians, they do their best to be extra factual and extra careful about the way they speak, because they want to avoid the trap of being drawn into, you know, some kind of comedy contest or some kind of sarcasm contest.

On whether the U.S. should be using a different tone to communicate with Russia

I think the U.S. is using a different tone. There’s something historically new in what the U.S. is doing, which is that they are using intelligence openly to try to describe the things that Russia might be doing. And so far, they’ve hit the nail on the head. And that has clearly taken some of the fun out of it for the Russians. It’s hard to be sarcastic about something that the other side correctly predicts that you’re going to do, you know, and then you actually do it. So I think we should probably give some credit to this new development on the American side.

On who is the audience for this sarcasm

For the domestic audience, the message is also the same. But in this particular case, they’re also trying to tell the domestic audience that they’re really not doing anything wrong. They’re really not planning to invade Ukraine. And it’s important to know that at this particular moment, that’s what Russians believe. Russians don’t think there is any chance that their country is going to invade Ukraine.

On how this messaging affects people’s understanding of the situation

On why Russia is talking about ethnic cleansing, a refugee crisis and war crimes as it relates to Ukraine

Well, they need to have some kind of a pretext for invading. So, let’s remember, the Russian people don’t think there’s a plan to invade. And therefore, the question of whether Russia should invade doesn’t even come up. If there’s going to be a major invasion, Russia has to gin up some kind of serious issue, which they can use to at least persuade their domestic constituency that something’s going on.

On how the U.S. is doing in talks with Russia

I think the Americans are doing the right thing by trying whatever they can. Despite all of our talk about the difficulties of language, the Americans have done a pretty good job at anticipating what the Russians are going to say ahead of time and preparing us for it. So, we’ve been a lot less thrown this time than we were in 2014.

I think the Americans are right that we just can’t say for sure what, at the end of the day, Mr. Putin is intending, so we should have broad-based diplomacy. We should keep trying. But you know, this is a process. There’s no there’s not going to be one meeting or one moment where everything turns around.