The Status Of Trump’s Cabinet: Where Everyone Is In The Process And How It Works 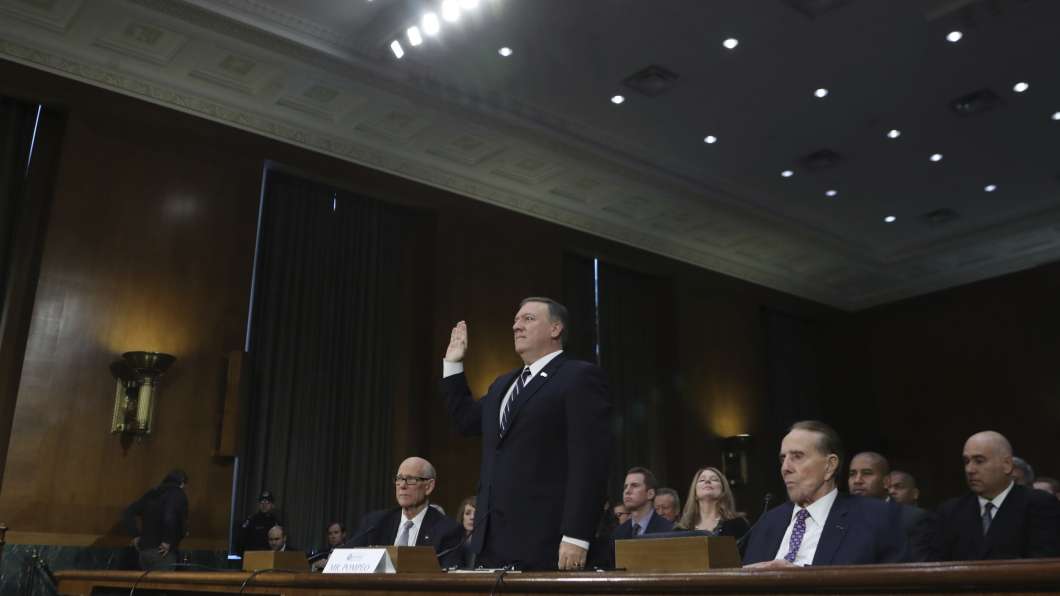 Rep. Michael Pompeo, R-Kan., is sworn in on Capitol Hill Jan. 12, before testifying at his confirmation hearing as CIA director before the Senate Intelligence Committee. Pompeo was confirmed by the full Senate Monday night.
Image credit: Manuel Balce Ceneta

The Senate confirmed the former Kansas congressman’s nomination to the post Monday night. It came after Trump went to CIA headquarters in Langley, Va., Saturday to laud the spy agency and blast Democrats for delaying a vote on Pompeo’s nomination. (That was the same event where the president said he was at “war” with the media and falsely claimed to have 1 million to 1.5 million people in attendance for his inauguration.)

Technically, CIA director is not part of the president’s Cabinet, but it is a high-level, important position. Currently, just two of Trump’s Cabinet nominees have been confirmed — his Defense and Homeland Security secretaries. His Cabinet is expected to move a few more steps closer to being rounded out Tuesday when four nominees get Senate committee votes — Ben Carson for Housing and Urban Development (10 a.m. ET), Elaine Chao for Transportation, Nikki Haley for U.N. ambassador and Wilbur Ross for Commerce.

Despite the lack of confirmations at this point — and despite some controversies — all of Trump’s nominees are expected to sail through with little difficulty. That’s thanks to a rules change implemented, ironically, by Democrats when they were in the majority. In 2013, Democrats were frustrated by Republican obstruction of lower-level federal court appointees. So then-Democratic Majority Leader Harry Reid of Nevada eliminated a rule requiring 60 votes to move a nominee to a vote by the full Senate. (The move does not apply to Supreme Court nominees or legislation.)

There are a handful of these Trump nominees one could point to who might not have been able to gain enough Democratic votes to be in Trump’s Cabinet if the 60-vote threshold were still in place. Think: Betsy DeVos, who showed little depth on education policy, for Education; State nominee Rex Tillerson because of his oil company background; Attorney General nominee Jeff Sessions, due to questions about his views on race and his commitment to voting rights; Labor nominee Andy Puzder because of his fast-food chains’ employee policies; Steve Mnuchin, now in line to be Treasury secretary, for profiting off the foreclosure crisis; and possibly others, whom Democrats might have voted down, might have been pulled or possibly never brought forward.

The process can be confusing, so here’s a quick primer on the steps it takes to become a member of the president’s Cabinet, followed by where each nominee is in the process:

3. Voted out of committee — if a majority of the committee votes for the nominee, it goes to the Senate floor for a vote by the full body. (A caveat here: the Senate majority leader can bring a nominee to the floor for a full Senate vote even if they do NOT get the approval of the relevant committee. It’s rare, but it’s happened in the past.)

For more on each nominee, check out NPR’s list of Who’s In The Trump Administration.

Where each nominee stands

Voted out of committee