The State Of Climate Change In Florida 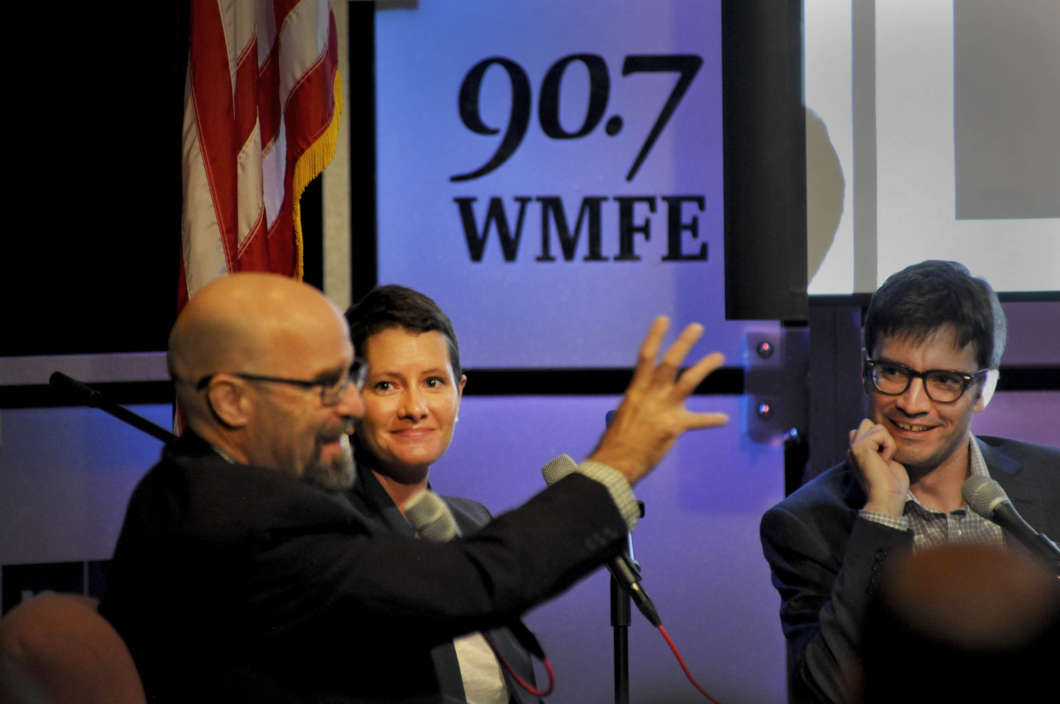 Despite Florida’s vulnerability to climate change, a policy of inaction at the state level has left residents to their own devices. 90.7 environmental reporter Amy Green, Florida Center for Investigative Reporting Executive Director Trevor Aaronson, journalist Tristram Korten and FIU research professor Dr. Randall Parkinson sat on a panel in the WMFE studio to discuss the consequences of climate change here in the Sunshine State.

In 2018, 90.7 partnered with FCIR and other local news organizations on a yearlong investigative series to report on climate change issues close to home. The series came about as Florida was recovering from Hurricane Irma and Republican Governor Rick Scott was in the process of running against Democrat Bill Nelson for Senate.

Aaronson says FCIR, a nonprofit news organization, chose climate change as the topic to tackle for two reasons: Scott’s ban on the use of the terms “climate change” and “global warming” by Florida Department of Environmental Protection officials in 2015, and the destruction left by natural disasters like Hurricane Irma and Hurricane Maria in 2017.

“Climate change — at least in the news media as we were seeing it —was not getting the attention it deserved,” Aaronson says.

Green started off the series with a visit to the small town of Yankeetown on Florida’s Gulf coast, which has used a state law aimed at vulnerable infrastructure to target planning around natural resources to combat sea-level rise.

One example of Yankeetown’s efforts to tackle climate change was its use of oyster beds and barrier islands to protect against storm surge during hurricanes.

Parkinson, who has been researching sea level rise and climate change for over 35 years, says he began looking into the effects of sea level rise with other coastal geologists in the 1980s. They found that 15,000 years ago, sea levels were 300 feet lower than they are today. Parkinson traced rising levels to melting ice and thermal expansion of the surface of the ocean.

Organizations like the American Geophysical Union successfully attempted to warn lawmakers about the threat of climate change and sea level rise beginning in the early 2000s. Parkinson says despite these efforts, the labeling of climate change as “fake news” by some politicians is a roadblock that he “doesn’t know how we’ll recover from.”

“This issue that the scientific community is making [climate change] up for personal benefit is absurd, and certainly not for financial gain,” he says.

“I don’t know anybody in science that is motivated by money, or they wouldn’t be in science.”

Korten, who is the author of the book Into the Storm about Hurricane Joaquin in 2015, flew into the center of Hurricane Michael and wrote about the experience for FCIR’s climate change series.

“[Climate change] is a huge threat to us,” Korten says. “The science and the modeling indicates that the storms are going to be stronger. The trajectory is that they’re going to be reaching wind speeds of historic levels.”

While writing for FCIR in 2015, Korten broke the story of the Scott administration’s ban on terms like “climate change,” which he described as “heartbreaking.”

“We’re the most influential country when it comes to this, and there’s just something about our psyche — the way we’ve been manipulated by powerful interests — to have this occurring,” he says.