The Scoop On Raising Companion Dogs 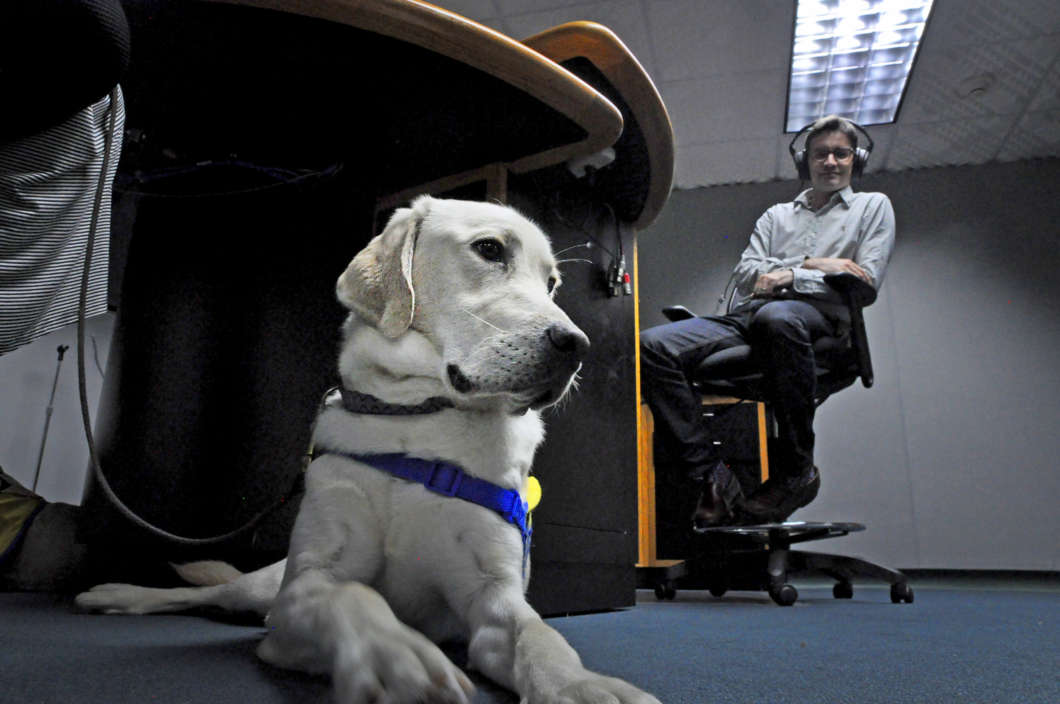 Raising a puppy to give it away may seem like a heartbreaking proposition but for volunteers Jeanne Curtin and Melissa Paul, it’s worth it. Curtin, with her puppy Alfie, and Paul with her puppy Tosh, stopped by WMFE to talk about the work of raising a canine companion.

“The concept of giving a dog back is hard but going to a graduation and seeing those graduate pairs makes it so worth it,” says Paul.

“Every time I’m like ‘Oh my God, I’m going to have to give Tosh back; it’s going to break my heart’ I just think, this dog is going to go to someone who needs him so much more than I do.”

Paul says raising Tosh has been a steep learning curve.

“In the four months that I’ve had Tosh its blown my mind how much he’s taught me versus how much I’ve taught him,” she says.

“It’s taught me that the little things count so much.”

Curtin says people shouldn’t try to pass off a pet as a service animal.

“There are people who need assistance dogs and cannot function very well without them and I think it is very disrespectful to them to have people trying to take their pet out as if it were an assistance dog,” she says.

“If you don’t need the dog, leave the dog at home,” says Curtin.

Curtin has been training canine companions for twenty years.

“I started doing this altruistically, thinking I was doing something for someone else,” says Curtin.

“It has done more for me than it could ever have done for anybody else.”

This interview first aired on Intersection in October 2018