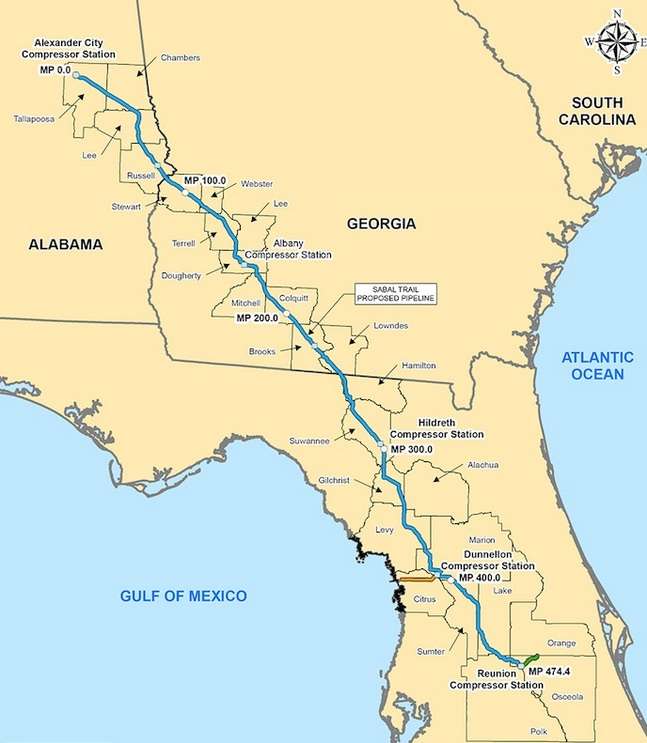 Florida is late to the party, according to Flint Riverkeeper Gordon Rogers.

The Georgia environmental advocate doesn’t mean to sound disparaging – it’s the tone of someone who’s exhausted his options in a years-long battle to revoke permits and stop the Sabal Trail pipeline, a $3.2 billion project snaking 515 miles through Alabama, Georgia and Florida that’s meant to transport more than 1 billion cubic feet of natural gas every day. The pipeline, which sits above the Floridan aquifer, plans to tunnel under forests, ranches and several bodies of water until it reaches Osceola County, where a second pipeline will connect the compressor station near Reunion past Kissimmee and into the Hunter’s Creek area.

Representatives from Spectra Energy and other energy companies say the pipeline will bring affordable natural gas to Florida and provide an economic stimulus by increasing tax revenue and jobs. But environmental advocates say Sabal Trail could potentially jeopardize the source of clean water for millions and threaten Florida’s natural environment. Inspired by the Standing Rock Sioux Tribe’s resistance to the Dakota Access pipeline, Floridians have been setting up water protector camps and staging protests where some have been arrested.

Spectra is currently taking the final steps in Florida before it turns on the pipeline this June. But through the difficulties, Rogers and other environmentalists believe the fight isn’t finished because pipeline investors could still pull out. As Rogers says, “It’s not over until it’s over.”