The Rise Of Ghost Kitchens 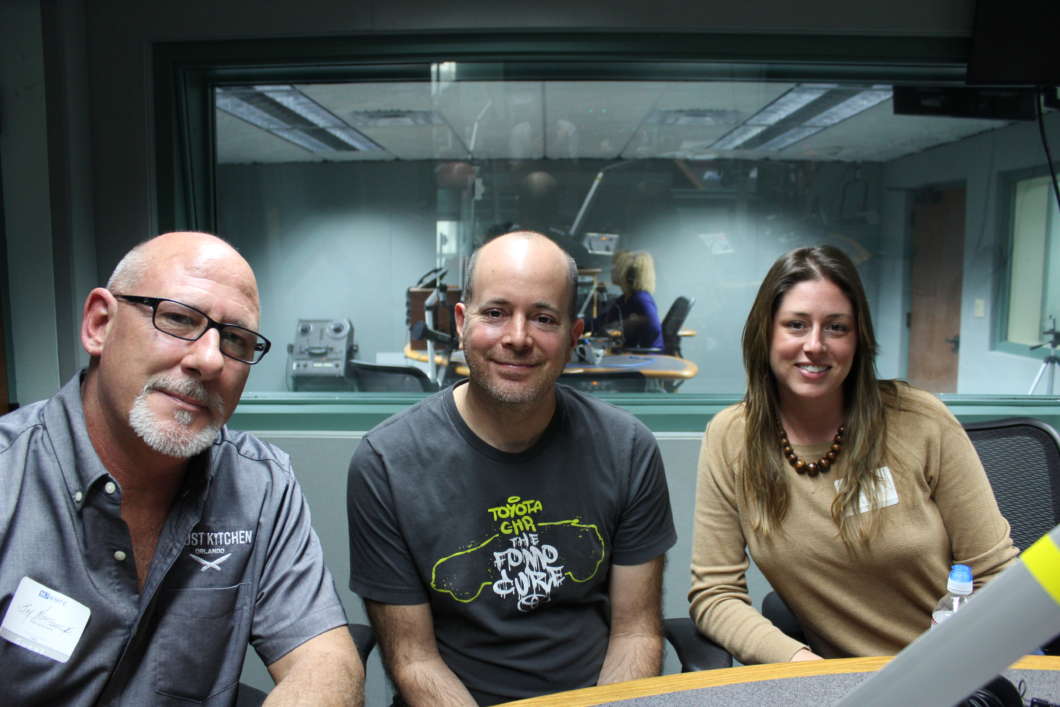 Across the country, cloud kitchens or ghost kitchens are popping up. Driven by the rise in food delivery apps, they are kitchens for delivery-only restaurants and other concepts that don’t require a physical dining room.

An LA based company run by former Uber CEO Travis Kalanick is eyeing up Orlando as a location for one of its CloudKitchens. And there are Orlando based companies getting in on the act too. So how are these kitchens changing the culinary landscape?

Joining Intersection to talk about this revolution in the restaurant world are Daily City publisher and pioneer of the Orlando food truck scene, Mark Baratelli; chef and co-founder of Ghost Kitchen Orlando, Jay Nartowicz; and East End Market Chef in Residence Jessica Tantalo.

“The first two weeks we started with lunch and catering, and this week we started live with our fresh, prepared chilled meals for delivery.”

Nartowicz says the company is using FedEx to deliver food to its customers. He says Ghost Kitchen Orlando has about 120 customers, and is using social media like Instagram to build its profile.

“What’s interesting is, I’m coming from a full restaurant background, and with the ghost kitchen concept, it’s not like the customers are driving by and seeing the restaurant being built. So it’s a slower process of getting your name out there,” says Nartowicz.

Jessica Tantalo, who manages the commissary kitchen at East End Market, says she’s been fielding a lot of inquiries recently from people who are interested in the ghost kitchen concept.

“They see the trend in delivery, they see that it’s going positively, and you don’t have to deal with the rest of the restaurant business,” she says.

“It reminds me of 2011 when the food truck scene popped off,” says Baratelli.

“I got so excited that you could get into this industry for a much lower cost, make a name for yourself through these events and have a full fledged restaurant business – on wheels- and then have a catering business.”

“I feel like this is going to do what food trucks did for the food scene: it’s going to have the same sort of impact. It’s going to get a lot of people into it quicker.”

Tantalo says food delivery apps can make it easier for people to eat healthily when they don’t have time to cook themselves.

“You’re busy throughout the day- maybe you have one or two jobs- it’s easier just to send yourself something. I mean, you can order from your phone while you’re at the gym, and you get home from the gym and it’s waiting for you.”