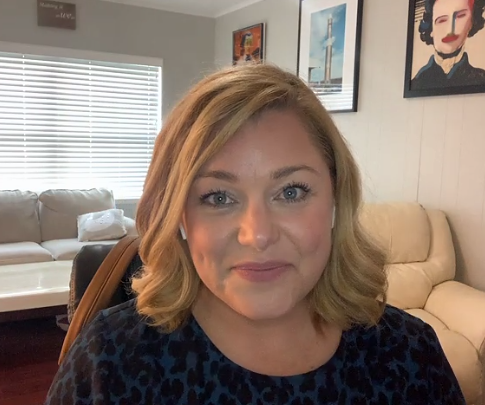 ‘The Right Stuff’-  a series based on the book by Tom Wolfe about early days of American space exploration- just launched on Disney+. Viewers will recognize key locations shot around Central Florida during filming last year.

Orlando Film Commissioner Sheena Fowler joined Intersection to talk about the series and the future of the film industry in the face of the pandemic.

“We started speaking with the studios, probably three, four years ago on the potential of this and at the time, Disney+ wasn’t in the picture, right, it was a National Geographic series that we were working on. And it was far fetched that it would come to Florida,” said Fowler.

“We were really proud to see that they were able to measure out the full volume of what they could get in the state of Florida and headquartered the whole thing here.”

Fowler said this series, along with ‘David Makes Man‘, now on HBO Max, are huge wins for the local film and television industry.

“So when you look at having both of those series in Central Florida at the same time, now we’re looking at close to a full year of employment, for freelancers that are working on these projects.”

She said ‘The Right Stuff’ transports viewers back to Central Florida of the 1950s and 60s.

“The volume of cars that are vintage is just extraordinary. So we had to work with them to find local vendors for all of those teeny tiny little details. But that’s the movie magic that makes it come together and you escape from where you are. And you’re transported back into the 50s and 60s when the space race was taking place.”

The show stopper, said Fowler, is the Kennedy Space Center.

“I’m so thankful that we’ve been able to preserve those rooms, so that you can see what it was really like in action.”

And while the pandemic has impacted the economy this year, Fowler said Florida was able to keep some film projects going.

“California was closed, New York was closed, Miami really struggled to get back up,  and thankfully they got a great process in place too. So we were filming some really big budget commercials when there were very limited places across the United States. And we did it safely. It was it was a wonder to see that the collaboration worked.”