The Rain Is Washing Away Burn Bans 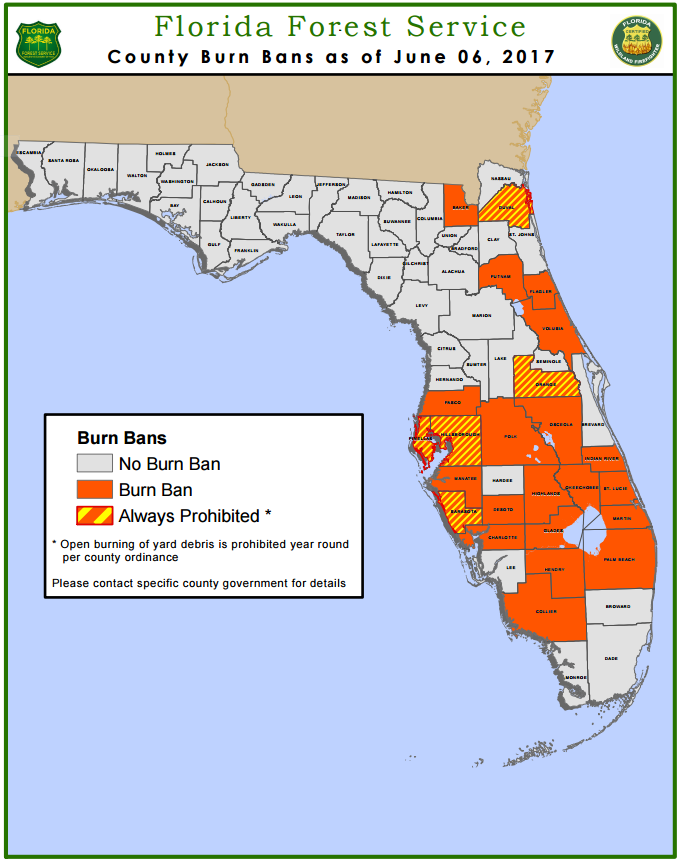 The recent rainfall is washing away some of the burn bans that went into effect a few months back.

Seminole and Brevard County have lifted burn bans that were enacted to reduce the chances of brush fires.

Alan Harris, Seminole County Emergency Manager, said even though the ban is lifted, people still need to be careful.

“Just monitor the area, if you are going to burn, carefully watch any of the debris that you have burned. Use a grating over the top of any type of trash piles, things like that, if you can, and just monitor closely,” said Harris.

He also adds that even though the ban is lifted, this doesn’t mean people should be using fireworks or things of that nature.

“We’re still encouraging people to not do that as Independence Day comes closer and closer, but to leave those to the professionals,” said Harris. “It is still somewhat dry, but these rain showers have at least allowed us to let the burn ban expire temporarily.”

Lake and Sumter counties have also lifted the ban, while Volusia, Orange, Osceola, and Polk counties remain no burn zones.