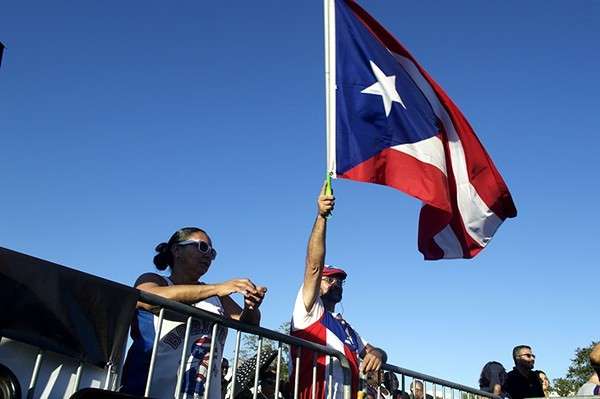 Two years ago, Betsy Franceschini was getting at least 100 inquiries a day to her Kissimmee office from Puerto Ricans desperate for a better life.

Thousands of families fled the U.S. territory in 2015 for the metro Orlando area because of its crushing financial crisis and $72 billion debt. As the director of Florida’s regional Puerto Rico Federal Affairs Administration office, Franceschini helped new arrivals connect with agencies that could provide help.

It was overwhelming then – but Franceschini says it’s nothing compared to the “unprecedented” exodus of Puerto Ricans who are now trying to escape to places like Orlando in the face of deteriorating conditions on the demolished colony in the aftermath of Hurricane Maria. Florida is expected to receive the most evacuees – since Oct. 3, more than 195,000 people have flown from Puerto Rico to Florida through major airports in Tampa, Miami and Orlando.

The Puerto Rican exodus to Florida is so massive it could surpass the number of Cuban refugees who escaped to Miami during the Mariel boatlift or the number of New Orleans evacuees who fled to Houston after Hurricane Katrina, says Jorge Duany, a professor at Florida International University. A conservative estimate from the Center for Puerto Rican Studies at Hunter College projects that in two years, Puerto Rico will lose 14 percent of its population, or 470,335 residents, to the mainland. Duany says the continued loss of population, especially young people, would decrease the island’s tax base and possibly hurt the island’s ability to recover.

Few things are certain almost 70 days after the destructive storm, but it’s clear the mass exodus caused by Maria will change Puerto Rico and Florida forever.