The Press Is Not The Enemy Of The People 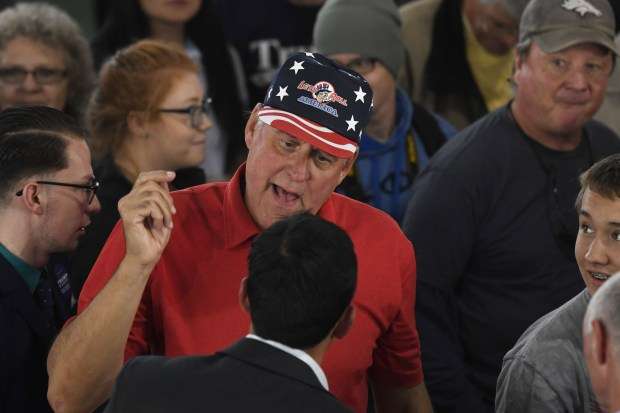 Photo by Andy Cross, The Denver Post. Donald Trump supporter gets heated toward a member of the media.

After the Trump Foundation made a $25,000 donation to Pam Bondi’s re-election fund, Bondi decided Florida would not join a fraud suit against Trump University.

Orlando is the first city in the country experimenting with real-time facial recognition, a form of public surveillance unprecedented in American law enforcement.

What do these things have in common?

Floridians wouldn’t know about any of them without journalists.

Reporters across the state followed the paper trail and did the legwork to serve the public’s right to know. And yet, our current president demonizes the free press as “the enemy of the people.”

Today, thousands of journalists across the country are joining together to call for an end to President Trump’s dangerous rhetoric.

When it was just a matter of the candidate mocking a disabled reporter or inflamed supporters screaming at the press, it was repulsive and frightening, but not physically harmful.

But in the months since, hostility has escalated. Reporters have been arrested, shoved, body-slammed, and, yes, murdered in a climate that empowers and encourages abuse from the top down.

The press is not perfect. We make mistakes, though we work diligently to correct them. But we are an independent monitor of power over the few who hold it.