The Phone Call That Made An Afghan Woman Doctor Flee 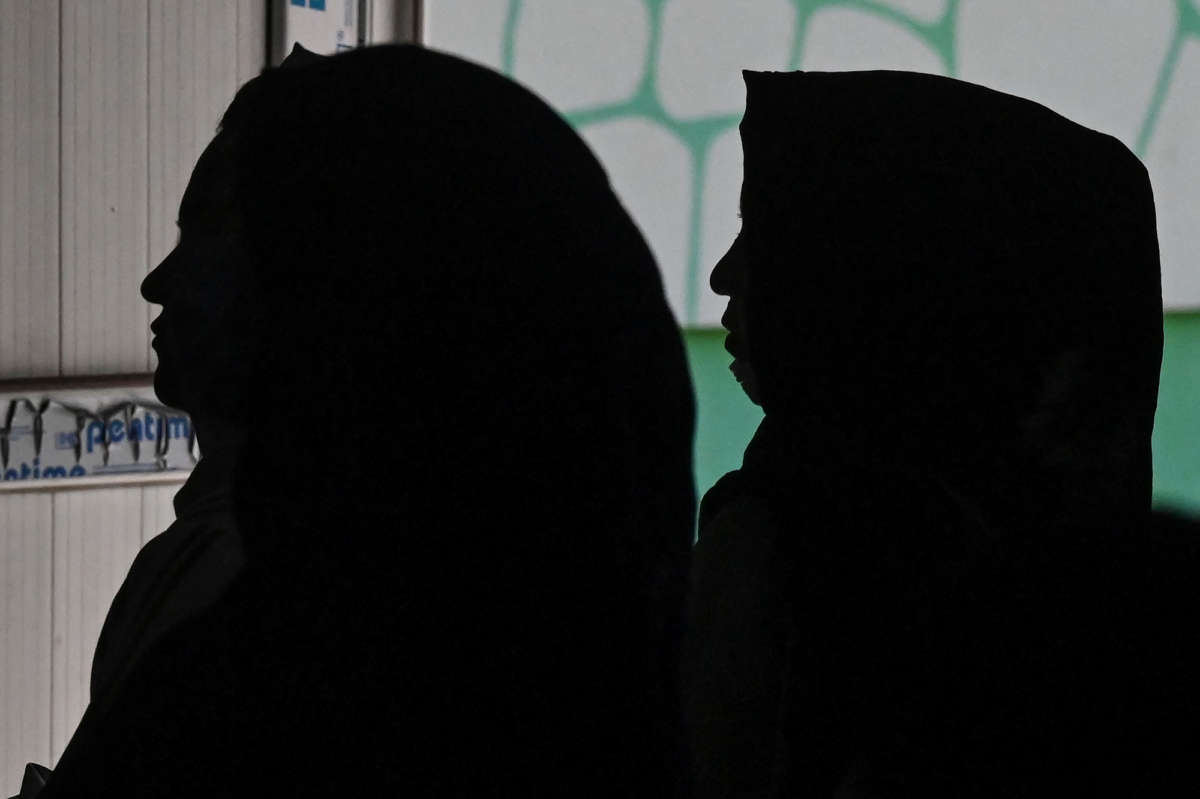 Eleven days ago, Dr. Akbari was at her clinic in the northern Afghan city of Mazar-e-Sharif when she got a call that made her drop everything. It was a member of the Taliban who had been threatening her from afar for months because she had given a birth control shot to his 13-year-old bride.

“This time, his voice was actually really soft,” recalls Akbari. “He said, ‘We’re entering the city. Soon we’ll come and get you.’ ”

What led to this moment — and what happened next — offers a window into what the Taliban’s takeover may hold for Afghanistan’s women. Taliban leaders have promised to moderate the harsh restrictions that the group imposed the last time they ruled Afghanistan. This time, they say, they’ll allow women to be involved in government and work in sectors such as health care. But women on the ground say the reality is more complicated.

For Akbari — who asked NPR to protect her identity by only using her last name, which is a very common one in her city — the troubles began there about eight months ago.

That’s when the 13-year-old arrived at her clinic. While examining her, Akbari learned that the girl had been married to an older man as his second wife. “She told me her husband wanted to get her pregnant.”

Akbari says the medical guidance in this situation was clear: “She is a child. It’s risky for any child to get pregnant. And this girl was also physically very weak.”

What’s more the girl did not want to get pregnant. “She begged me for help,” says Akbari.

So Akbari decided to give the girl the contraceptive injection, which would last for three months.

The angry husband began calling — and threatening her

Soon after she got the first furious phone call from the girl’s husband.

From then on the man would call to rage at her almost every day.

Akbari soon learned he was no ordinary citizen. He was a leader of a Taliban contingent that was active in the area outside the city — even though it did not then control the city itself. But as the Taliban started to make military gains, Akbari noticed a shift in the tone of the man’s phone calls.

He’d point out that Akbari belongs to the ethnic Hazara group — which generally follows the Shiite sect of Islam — and which the Taliban, which is predominantly Sunni, has a history of targeting.

“He would say, ‘You’re an infidel. You’re against Islam. You’re killing generations. We know what to do with you.’ ”

Ruchi Kumar, a journalist from India who was staying with Akbari for part of this time, saw some of the texts.

“They would send her these really horrible photos of dead bodies telling her that this is how she’s going to end up,” says Kumar.

Other times, the Taliban members would try to extort Akbari.

Says Kumar: “They wanted her to pay money or buy them motorbikes or guns in exchange for her life.”

And they’d claim she owed it as zakat — the traditional Islamic tithe.

Akbari says the fear was constant. Every time a patient arrived escorted by a man in traditional Taliban-type garb, she’d worry he was infiltrator come to kill her.

But Akbari was also determined to stick it out. When she was 20 years old, her parents had gotten permission to emigrate to Canada — and she could have joined them. But at the time the Taliban had just been pushed out of power, and Akbari decided to get her medical degree in Afghanistan.

“I wanted to serve my people and establish myself in my own country,” says Akbari.

The Taliban’s advance made her feel she had no choice

But on Aug. 8 when she got the call from the husband saying he and his men were on point of conquering the city, says Akbari, “I decided that this is it.”

She headed straight to the airport — not even stopping at home for a change of clothes. She managed to buy a ticket on the spot for one of the last flights out. Boarding the plane she was shocked to see it almost entirely filled with other women traveling alone, a rare sight in Afghanistan.

“That’s when I knew for sure the Taliban had taken the city,” she says.

Now she’s in a neighboring country. But racked with uncertainty. She has just $400 on her, and is staying with a friend who is the only person she knows there.

And she’s mourning the loss of everything she’s left behind. Her family. And the medical practice she spent more than a decade building.

“I haven’t been able to sleep since the day I arrived. I can only sleep 2 hours in a day,” she says, her voice choking up. “Overnight everything I had has vanished.”

But she says returning is not an option. She’s heard from relatives in Afghanistan that the girl’s husband is still calling, demanding to know Akbari’s whereabouts.

And even if Akbari could relocate to a different part of the Afghanistan, she says, it would be impossible to practice medicine.

“If I see a woman in trouble, I will want to help her,” she says. And the Taliban will say it’s un-Islamic.”

NPR researcher Ayda Pourasad contributed to the reporting of this story.