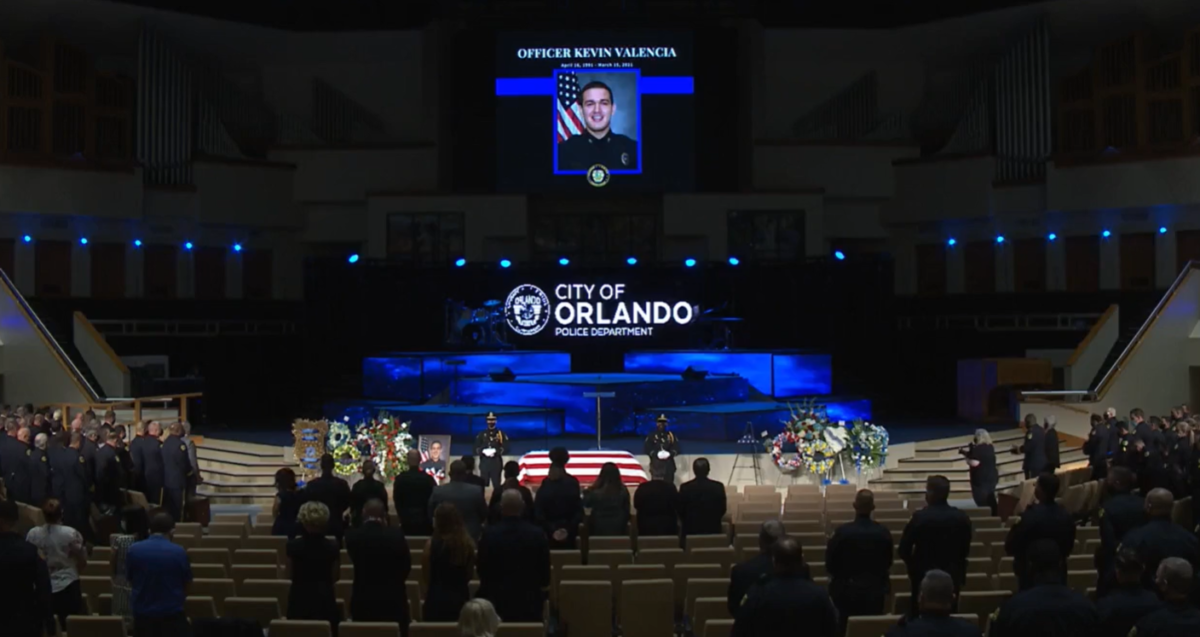 “Meghan, no words or actions will ever lessen the pain and difficulties you have endured since June 10. Or replace the loss you have suffered. However, I hope it brings you comfort knowing that your husband served with courage, pride and commitment.”

“I do believe though that his greatest accomplishment is his family, Meghan, Kolton and Kaleb.”

Valencia’s widow Meghan said she already sees her husband in her two boys.

Valencia was critically injured responding to a domestic violence call in 2018. The gunman shot and killed four children between the ages of 1 and 12 before fatally shooting himself.