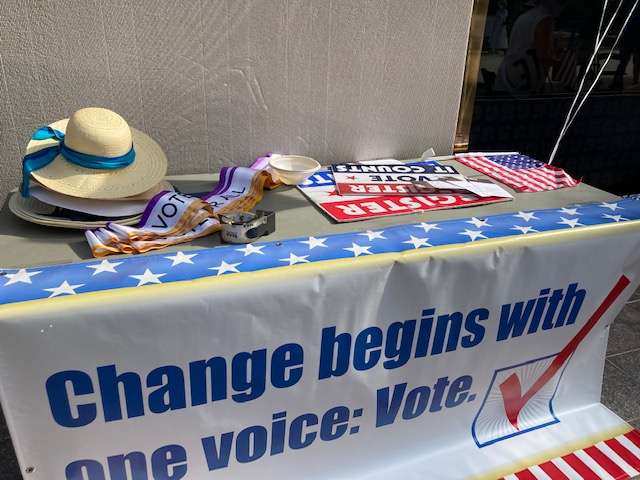 The women dressed like suffragettes in white flowing gowns with colorful sashes that read “votes for all” as they called on everyone to participate in Tuesday’s election outside the Orange County Regional History Center.

TODAY is the final day for early voting for the Florida Primary! https://t.co/LG9iVnaL9E #votes4all pic.twitter.com/zsXCxCQcgE

Tuesday is an important day for the Orange County League of Women Voters.

It’s not only Florida’s primary election, but it’s also the 100th anniversary of the ratification of the 19th amendment.

League co-president Gloria Pickar said that’s why it was especially meaningful for her to cast her vote-by-mail ballot this year in honor of the sacrifices of so many women before her who fought for that right.

Pickar said the anniversary is an important reminder that women of color had to fight for decades before they got the same privileges as their white counterparts.

“Women fought for the right to vote and in today’s age you don’t even think about them not having the ability to vote. So, sometimes bringing up history and making sure that people know it wasn’t always that way is a very important thing.”

Dyer encouraged people to vote-by-mail if they don’t feel comfortable voting in person because of the coronavirus pandemic.

Vote-by-mail ballots are due to supervisors of elections by 7 p.m. on Election Day.