The Ocala Christmas Parade is back with expectations of record crowds 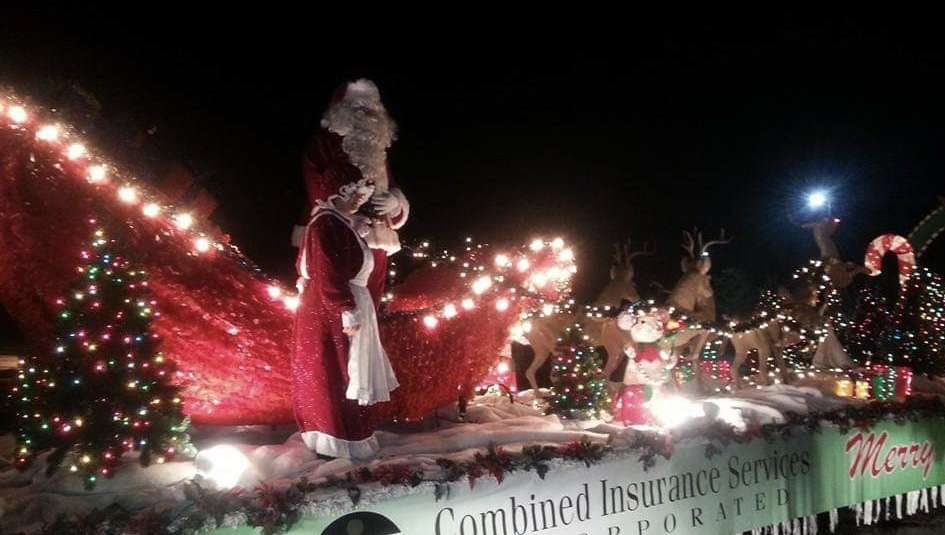 If you’re still trying to get into the holiday spirit, Ocala has you covered.

Most years since 1955, the city has had a nighttime Christmas parade. And on Saturday, the parade will return after being canceled last year because of COVID-19.

Many thousands are expected to gather and cheer on the floats and bands and all the other marchers — and of course Santa — as they travel down East Silver Springs Boulevard.

For 26 years, Sue Mosley has been part of the volunteer effort to pull this parade together.

She spoke with WMFE’s Joe Byrnes on Tuesday.

SUE MOSLEY: This year’s theme is “A Hero’s Christmas,” and we did that mainly because of the aftermath of COVID-19 and first responders and, of course, our veterans that we want to honor this year. So, you’re gonna see a lot of patriotism. … We have been told over the years that this is the largest nighttime Christmas parade in the state of Florida. It’s rare anymore when you see a nighttime parade. And by largest, we have on an average of 115 entries every year.

WMFE: So if I’m one of the thousands lining the boulevard, what am I going to see and hear?

MOSLEY: Well, this year you will see every middle and high school band in Marion County Public Schools, as well as several private schools around town. We’re very blessed to have all of the ROTC units from area high schools.

WMFE: What is it going to be like this year after having to cancel last year because of COVID?

WMFE: So many kids march in the parade or ride on the floats. It must make it just part of growing up in Ocala.

MOSLEY: Well, I actually in 1976 was part of the Lake Weir High School band and marched in my first ever Christmas parade down Silver Springs Boulevard. So, yes, and and that’s why it’s so important to me. But we basically will have between 6,000 and 8,000 children in the parade, of all ages.

WMFE: Tell me about the history of this parade, how it got started, how long it’s been going on.

MOSLEY: I have a wonderful story about that. I happened to be doing a television interview one year, and somebody asked me the question about what year the parade started and I didn’t have an answer. A so I probably, in true Sue Mosley fashion, just made up the answer.

And the next day my phone rings and it was one of Ocala’s just older generation favorite people of mine Stanley Malever. And Stanley said to me, “You know I was watching your TV interview and I had to call you because you were wrong.” And he goes, “You were absolutely wrong about the year that the braids started. He says, “I was the first chairman of the Christmas parade.” He said, “And I was the president of the downtown business alliance and we did the first parade in 1955 around the square. And the Grand Marshal of the parade was the then-Miss Florida who was from Lakeland. She was not from Ocala. And they deemed her name Miss Merry Christmas.”

WMFE: What motivates you to lead this effort?

MOSLEY: We had our lineup night last night (Monday), the committee, and we all discussed that same thing. It’s our love and our passion for the parade, but it’s the passion for when you get out on the boulevard and you see 60,000 people and kids just light up. And right now as we sit on the side of 25th Ave. there’s chairs out there — you know there were chairs out there a week ago — people excited to bring the community together, and that’s why we do it. It’s just the love of community and the Christmas spirit.