The next human launch from Florida’s Space Coast won’t be of NASA astronauts. The space agency says that’s a good thing. 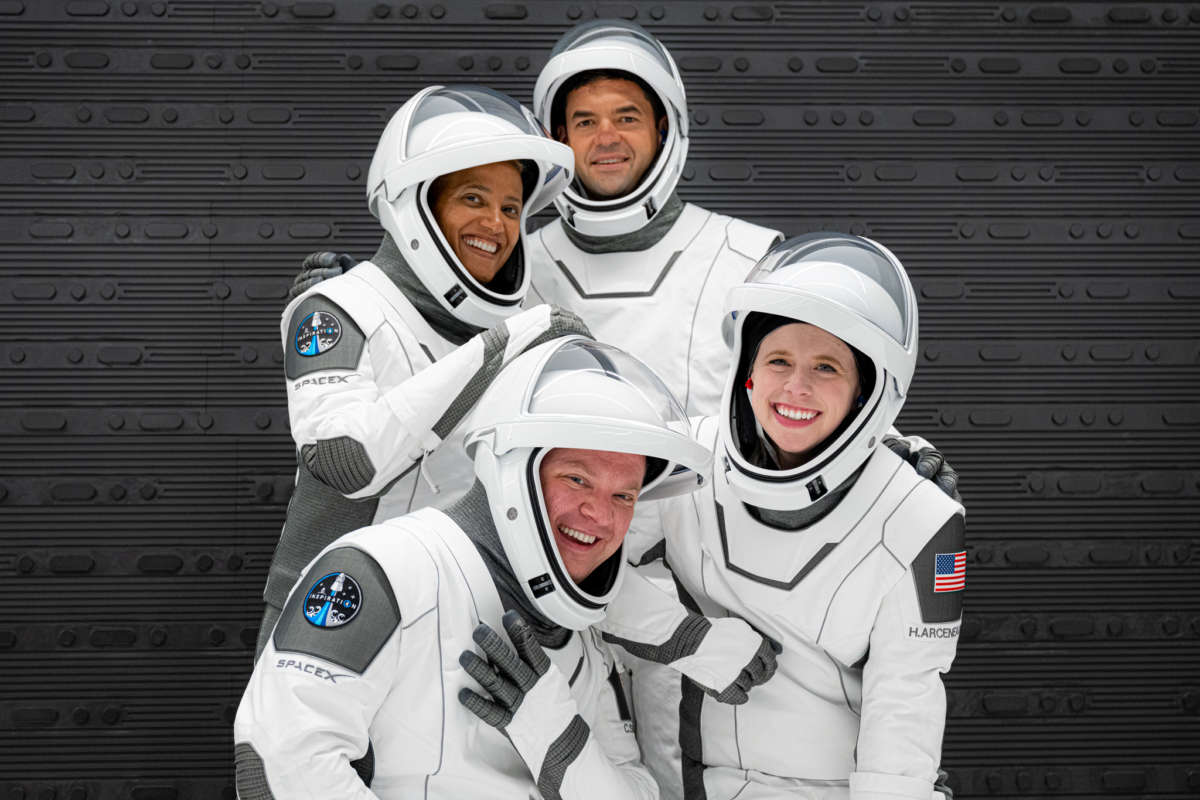 The Inspiration4 crew suits up for a dress rehearsal of the launch from Kennedy Space Center. Photo: Inspiration4 / John Kraus

Florida’s Space Coast is hosting a human space launch from Kennedy Space Center this week. It won’t be NASA astronauts heading to space. Instead, a crew of four civilians is hitching a ride from private space company SpaceX marking a new chapter in commercial space operations.

The crew will fly in SpaceX’s Crew Dragon capsule. This private mission was bankrolled by a billionaire payment processing CEO Jared Isaacman. He selected three additional participants who will join the crew for three days in orbit inside their spaceship.

While SpaceX is paying to use NASA infrastructure to launch the mission from Kennedy Space Center, the agency is for the most part a spectator during the mission.

For NASA’s head of human spaceflight Kathy Lueders, that’s not a bad thing. ​​”We’re dreaming about us one day, being able to enable a capability that the public can use, and we’re getting ready to see it,” she said.

A NASA spokesperson said the value of these services proved to SpaceX are a “relatively small amount,” stemming from various Space Act Agreements (SAA) and Commercial Space Launch Agreements (CSLA).

The crew’s SpaceX’s Crew Dragon capsule was designed and developed for NASA to transport its astronauts to the International Space Station. Lueders said the agency is relying more and more on the private sector to send humans and robots to explore our solar system. The development of SpaceX’s Crew Dragon for NASA’s Commercial Crew Program is aiding in SpaceX’s first all-civilian mission.

“I cannot tell you how excited I am for the SpaceX folks,” said Lueders. “This is like watching your kids graduate from college.”

SpaceX is launching the mission from Launch Complex 39-A, previously home to Space Shuttle launch, now leased to the commercial space company. The five-hour launch window opens on Wednesday starting at 8:02 p.m. ET.