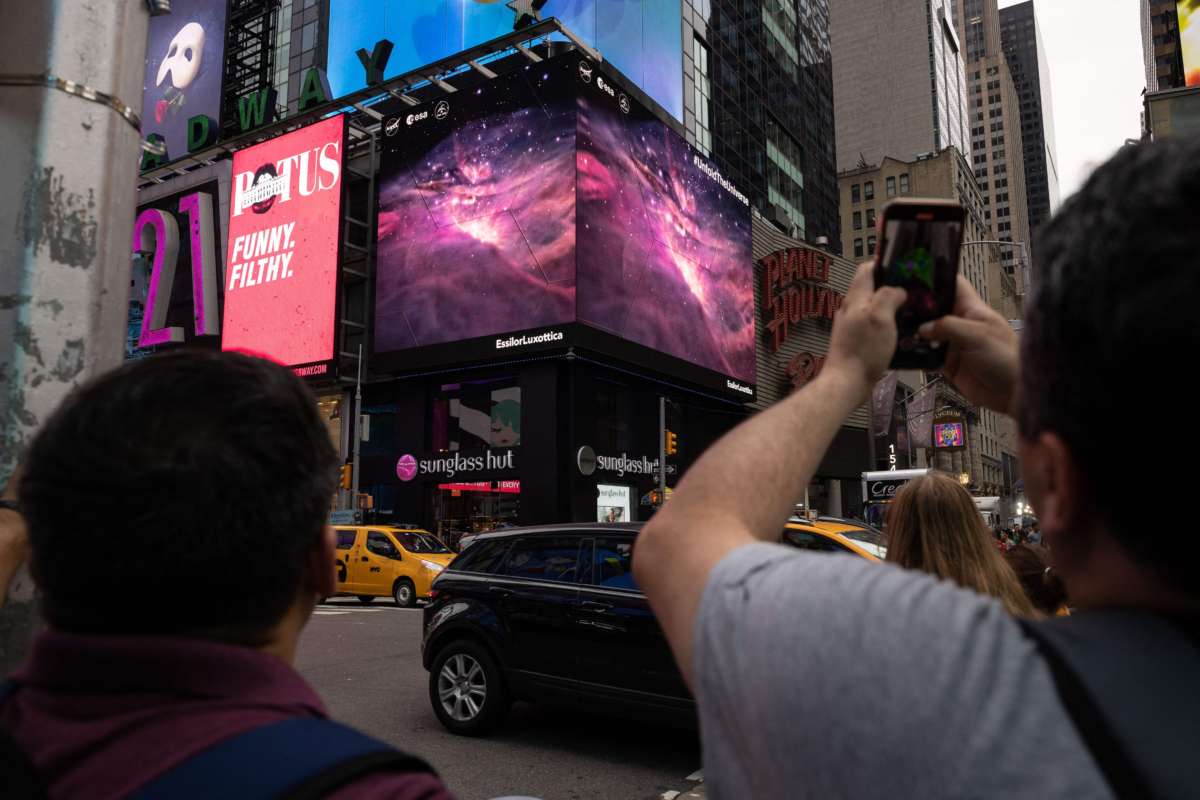 As the first James Webb Space Telescope images appeared in New York's Times Square and everywhere else, scientists got to work diving deep into the data.
Image credit: Yuki Iwamura

Shockingly distant galaxies, clues about alien planets’ atmospheres, and an unexpected weirdness around Jupiter are just some of the scientific treasures uncovered by the James Webb Space Telescope.

The days since the public unveiling of the telescope’s first images have been action-packed for astronomers, who have been engulfed by a whirlwind of possible discoveries as they pore over the $10 billion telescope’s early sightings.

“It’s like a birthday and Christmas and an anniversary and a graduation and Thanksgiving and Hanukkah all wrapped into one for us, and happening just every day,” says Jacob Bean of the University of Chicago.

“It works better than I think almost anyone hoped. It’s really a miracle,” says Rachel Somerville, an astronomer with the Flatiron Institute. “This is like nothing I’ve experienced.”

The few stunning images that got featured at press conferences on July 11 and 12 represent just a fraction of what the telescope has seen since it launched in December and unfolded out in space.

“The initial unveiling was, of course, really exciting. But it wasn’t until two days later that the real work started. That is when the first data became available,” explains Laura Kreidberg, an astronomer at the Max Planck Institute for Astronomy in Germany.

“Scientists want the actual data,” agrees Misty Bentz, an astronomer at Georgia State University. “We want to actually go in and pull down the scientific data from which those pretty pictures were made.”

Researchers have been rushing to download everything gathered by this instrument so they can comb through it. Jennifer Lotz, director of the International Gemini Observatory, is part of a team looking at one particular field of thousands of galaxies that’s been studied many times in the past.

“We know these galaxies pretty well, but seeing these images with James Webb is like putting glasses on,” says Lotz. “Things we couldn’t see before now are just crystal clear. It’s been overwhelming. It’s been really overwhelming.”

It’s an emotional experience, and a shared one, as astronomers gleefully tell their buddies about each revelation. Jessica Spake, of Caltech, found herself crying on the phone as a friend told her about a new analysis of the atmosphere of an exoplanet, which is a planet that orbits a faraway star.

“It’s the most beautiful look into an exoplanet atmosphere that I’ve ever seen,” says Spake. “I was in tears.”

One of the main goals for the James Webb Space Telescope was to find extremely distant galaxies, ones that are so far away that the light from them had to travel for almost the entire history of the universe to get to the telescope. And astronomers already think they’ve caught sight of some.

“We’re hoping that within a few weeks we can tell the world what we found,” says Steven Finkelstein, an astronomer with the University of Texas at Austin. “It does look really exciting.”

Closer to home, some views of Jupiter captured by the telescope amazed scientists, because they showed rings around the planet along with its moons.

The rings have been studied before, but “to see it all together in one image was kind of astounding. It was really pretty incredible,” says Imke de Pater, an astronomer at the University of California, Berkeley.

She and others were puzzled by a strange line that appeared around the edge of one side of the planet, suggesting a layer of haze. “So we’re looking into that to find out what that really is,” she says. “Is it haze? Or is it some other emission, from gasses? It’s intriguing.”

And, of course, while this scientific scramble goes on, the telescope keeps making more observations.

On July 20 and July 21, for example, it’s staring at a mysterious planet out beyond our solar system called GJ 1214b, says Bean. “We’re going to be staring at the planet for nearly two full days of telescope time.”

He’s been studying this planet for more than a decade, and says our solar system doesn’t have anything like it. It’s bigger than Earth but smaller than Neptune, with its true nature obscured by clouds or haze that other telescopes have been unable to penetrate.

If all goes as planned, by this weekend Bean and his colleagues will know what the James Webb Space Telecope (JWST) managed to see as it stared at this world.

Until then, they just have to wait. “I think at one point I’ll probably look up at the sky and be like, ‘JWST is doing its thing right now, and it’s looking at my favorite planet,'” says Bean. “That’s a special moment.”