The New Frontier Of Space Tourism 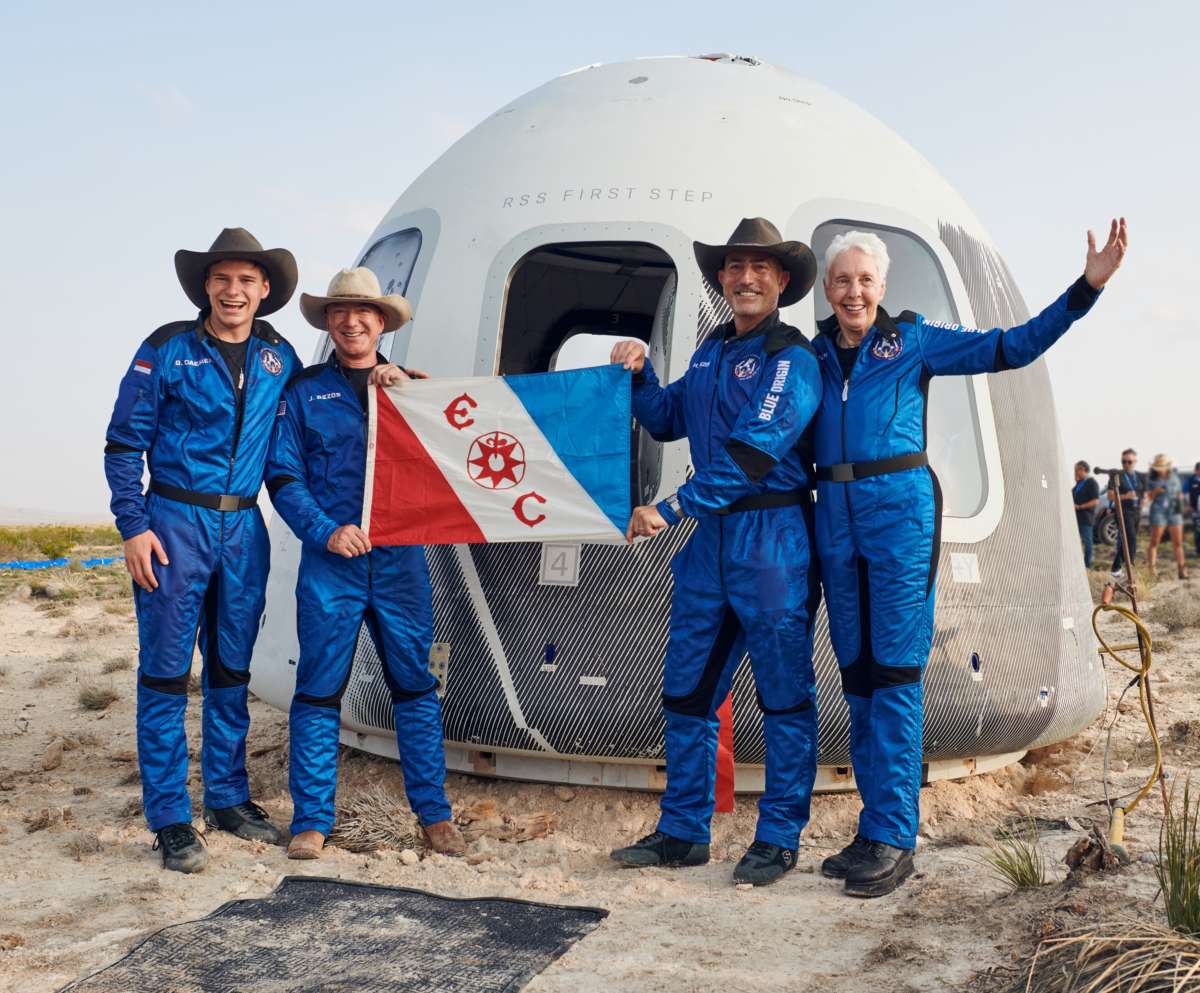 Blue Origin’s sub-orbital mission has been getting all the buzz this week. Amazon founder Jeff Bezos, along with three other crewmates, flew to space on board the New Shepard spacecraft, in a mission that lasted a little under 11 minutes from launch to landing. It was the company’s first human space flight. WMFE space reporter and Are We There Yet host Brendan Byrne spoke with Matthew Peddie about the future of space tourism and how it affects science and Florida’s economy.

The Blue Origin flight was a milestone for many reasons. The launch took place on the anniversary of the Apollo 11 moon landing. But the crew also broke some records: 18-year-old Oliver Daemen, became the first Dutch national and the youngest person in space, and 82-year-old female aviation pioneer Wally Funk was the oldest person in space. Bezos’s brother Mark rounded out the crew.

Byrne says the highly anticipated flight delivered the excitement that the public had wanted.

“I think if you turned on any news station or television channel, you could see that it absolutely did live up to the hype. Everyone was very interested in seeing this and it was highly publicized the day of.”

Blue Origin is not the only company to send humans to space in July- or the only billionaire. Richard Branson and his Virgin Galactic space plane also launched this month.

Byrne says it is not a coincidence. Blue Origin and Virgin Galactic both started their programs around the same time in the early 2000s, giving them almost two decades to further their long-term goals of space craft development and human space flight.

“These are very highly publicized companies, and…it’s a big ask to ask people to spend hundreds of thousands of dollars, if not millions of dollars, on these things. So anything that you can do, they’re essentially competitors, right, is to get a leg up on the other one.”

Byrne says this is just the beginning of a renewed interest in space travel, led by the competition among the aerospace companies. Elon Musk’s SpaceX Crew Dragon is also set to take a group of space tourists on an orbital flight later this year, launching from Cape Canaveral.

“There is definitely a market out there, as we can see by how much people are willing to pay for Blue Origin. And those 600 reservations for Virgin Galactic. A lot of people want to go to space.”

Byrne says we have a lot to learn from these flights, not just in how the crew experiences zero gravity, but also in scientific research. He says that microgravity research is important for agriculture and the pharmaceutical industry. The recent Virgin Galactic flight carried a University of Florida microgravity experiment to study plant growth.

“What companies like Blue Origin and Virgin Galactic do is they open up someplace in the middle, between the ‘Vomit Comet’ and the International Space Station. It’s a little more affordable, but gives you between four and six minutes of microgravity. Researchers are really excited about this. There’s been some researchers from the University of Central Florida who have had their payloads fly on both vehicles. And just to have that opportunity happen more is going to be great for the research community.”

While NASA has not gotten involved in the space tourism arena, Byrne says there are some research opportunities to look into, particularly in sub-orbital flights like Blue Origin and Virgin Galactic have done.

“They can serve as a great testbed for future astronauts. They are also phenomenal research platforms for academics and for NASA, the space agency itself.”

And Byrne says the space tourism economy in Florida has the potential to expand.

“The state wants to have some space tourism here. And they absolutely could, the infrastructure is here.”