The new 988 crisis number is about to launch. Here’s what to know 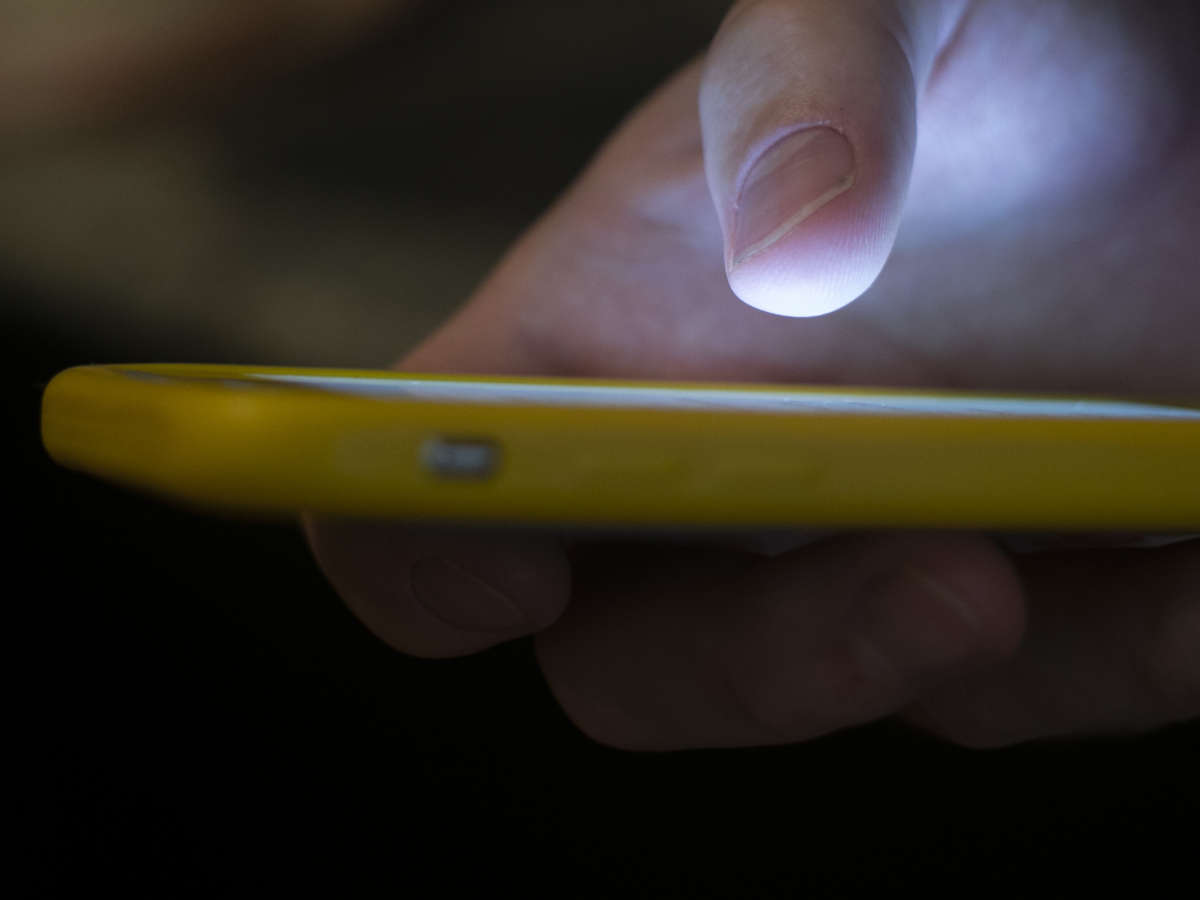 Starting July 16, people in mental health crisis will have a new three-digit number, 988, through which to reach trained counselors.
Image credit: Jenny Kane

Starting July 16, people in mental health crisis will have a new way to reach out for help. Instead of dialing the current 10-digit National Suicide Prevention Lifeline, they can simply call or text the numbers 9-8-8.

Modeled after 911, the new 988 Suicide & Crisis Lifeline is designed to be a memorable and quick number that connects people who are suicidal or in any other mental health crisis to a trained mental health professional.

“If you are willing to turn to someone in your moment of crisis, 988 will be there,” said Xavier Becerra, the secretary of health and human services, at a recent press briefing. “988 won’t be a busy signal, and 988 won’t put you on hold. You will get help.”

The primary goal of the new number is to make it easier for people to call for help. But lawmakers and mental health advocates see this as an opportunity to transform the mental health care system and make behavioral health care easily accessible everywhere in the United States.

Here is what you need to know about the new number and what to expect once it launches.

Currently, the majority of people experiencing a mental health emergency end up dialing 911.

The problem is that 911 wasn’t set up to address mental health needs. Either callers end up in a frenetic emergency room, waiting for hours and sometimes days to get care, or they end up interacting with law enforcement, which can lead to tragedy or trauma.

“Unlike other medical emergencies, mental health crises overwhelmingly result in a law enforcement response,” says psychologist Benjamin Miller, president of Well Being Trust. “If you look at the data from the police, about 20% of their total staff time is spent responding and transporting individuals who are experiencing a mental health crisis.”

Just last year, he adds, more than “2 million people with serious mental illness were booked in jail.” And nearly a quarter of fatal shootings by the police in recent years have involved people with mental illness, he adds.

Miles Hall was one of them. The 23-year-old was shot by the police during a mental health breakdown outside his home in California.

But he was never violent, even when he was experiencing delusions or hallucinations, she adds. “He was just a great kid. He’d walk in a room, and he had this infectious smile. He was just a beautiful soul.”

On June 2, 2019, when he experienced a mental health breakdown, his family called 911, hoping they could get Miles into an ambulance and a hospital. Instead, police showed up at their door.

“He was shot and killed in a big cul-de-sac in the middle of the street,” says Taun Hall. “Miles was shot four times.”

The goal of the effort behind 988 is to ultimately reduce these kinds of confrontations with law enforcement and connect people in crisis to help right away. It’s part of a longer-term effort to ramp up mental emergency response teams around the country.

The idea for 988 has been in the works for a few years. In 2020, President Donald Trump signed into law a bipartisan bill to create this number to respond to all mental health crises. It’s a joint effort by the Department of Health and Human Services (HHS), the Substance Abuse and Mental Health Services Administration (SAMHSA) and the Department of Veterans Affairs.

988 connects callers to a network of trained counselors

The 988 lifeline will connect people to the existing network of more than 200 local crisis call centers around the country. (The 10-digit suicide prevention number — 1-800-273-8255 — will remain active, but calls will be routed to 988 once that three-digit number launches.)

People who call or text the number will be connected to a trained counselor at a crisis center closest to them. If a local crisis center is too busy to respond right away, the call gets routed to one of 16 backup centers around the country.

For the vast majority of people who call the current National Suicide Prevention Lifeline, the call itself is an effective intervention.

“We know that close to 90% of people who call get what they need from the phone call,” says Chuck Ingoglia, CEO of the National Council for Mental Wellbeing.

The remaining 10% of callers may need additional support or in-person care, and trained counselors at the lifeline will try to connect them to that care.

It could spur communities to develop more in-person crisis support

In preparation for the launch of 988, a growing number of states are starting to build up their capacity to offer on-the-ground urgent mental health care to people who call in a crisis.

Angela Kimball, senior vice president for advocacy and policy at the nonprofit Inseparable, was fortunate to have experienced what good care during a mental health crisis can look like.

In 2017, Kimball’s son, who had bipolar disorder, had a major manic episode. He was 32 years old and living in Portland, Ore., at the time.

“He’d ripped out all the kitchen cabinets. He smashed the stove with a sledgehammer,” recalls Kimball. “He was talking about how soap was poison and how he felt like he was being surveilled.”

Kimball reached out to the local crisis center, which sent a mobile crisis team to her son’s house. “They came in — they talked very respectfully and kindly to my son,” recalls Kimball.

Kimball says her son willingly went with the team to a local crisis stabilization unit and was treated right away.

This kind of mental health crisis response is still rare. The 988 initiative is intended to change that.

“Over time, the vision for 988 is to have additional crisis services available in communities across the country, much the way emergency medical services work,” said Miriam Delphin-Rittmon, the HHS assistant secretary for SAMHSA, in a statement.

Ever since its launch in 2005, the existing 10-digit lifeline has seen increasing use. But until recently, local call centers received very little federal funding.

“They’ve been operating on shoestring for many, many years,” says John Draper, the executive director of the National Suicide Prevention Lifeline. Many centers have closed because of lack of resources in recent years.

Health officials project that the number of calls, chats and texts will at least double in the first full year after 988 goes live.

To prepare for this rise in demand, the federal government has made significant investments in the network.

“Earlier this year, Congress finally started appropriating additional dollars to provide support to call centers so that they could hire dedicated staff to work on the 988 number,” says Ingoglia, of the National Council for Mental Wellbeing.

More than $400 million — up from $24 million — has gone toward beefing up the capacity of local and backup call centers and providing associated services, including a subnetwork for Spanish speakers, according to a statement from the HHS.

And that’s significant, says Draper. “A number of centers are [now] being funded in ways that they’ve never received funds before, so it’s very encouraging,” he says.

The centers have been able to hire new staff, and the lifeline has been able to expand the capacity of backup centers.

And he’s already seeing an impact on the lifeline’s ability to respond to those who reach out, he says. For example, he says, “right now we’re answering over 90% of our chats. And this time last year it was closer to 20 to 23%.”

This could be the start of a new era, but there’s a long road ahead

It will take time for 988 to reach its ultimate goal, advocates say.

“This is the beginning of a story,” says Ingoglia. “It’s going to continue to require investment at the federal level, at the state level, at the local level, to really make sure that this reaches its potential.”

But making 988 fully operational and able to respond to every caller in time will take significant state-level funding as well as federal funding. The 2020 law allows states to pass legislation to add a small fee to cellphone bills as a permanent source of funds for 988 and associated mental health services. (That approach is used to help support 911 services.) But so far, only four states have done so, and only two more have legislation in the works.

A recent survey of 180 public health officials from around the country by the nonprofit research group Rand Corp. found that 51% of respondents said they were not involved in developing a strategic plan for 988. And only 16% said they had created a budget to support 988 operations.

So she’s hopeful that once the number goes live, more states will eventually start enacting legislation to better support 988 in the long run. That would include investing in initiatives like the mobile crisis team and crisis stabilization unit that helped the Kimball family in Oregon, as well as other behavioral health services, including addiction care.

“The transition to 988 has come to represent a once-in-a-generation opportunity to revisit and reconceptualize how crisis services are resourced and delivered in communities across the country,” says Colleen Carr, director of the National Action Alliance for Suicide Prevention.

Despite the slow progress in many states, mental health advocates are excited about 988.

“We’ve got to get the training wheels on it and get it out of the garage and start pedaling, knowing that this is a process,” says Becky Stoll, vice president for crisis and disaster management at Centerstone. “We can keep maturing it and getting it towards being adequately capable in all areas.”