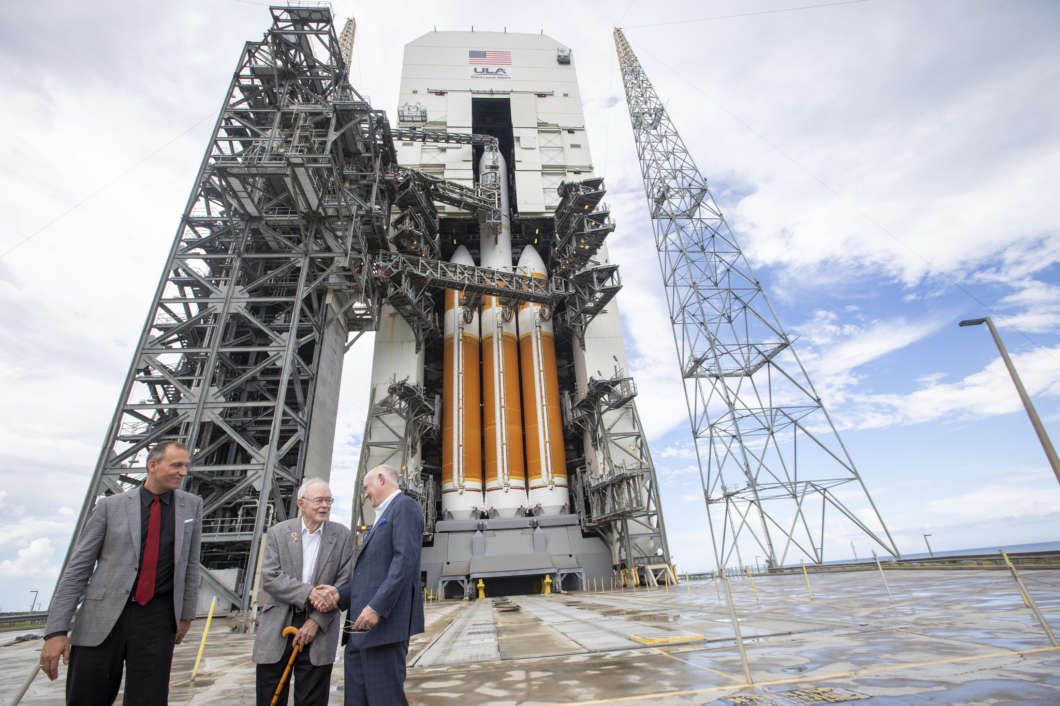 ULA’s Tory Bruno (right) had the honor to host Dr. Eugene Parker (center), heliophysics pioneer, and Dr Thomas Zurbuchen (left), NASA associate administrator of the Science Mission Directorate, on the launch pad to see the rocket that will launch Parker #SolarProbe on its way to the sun. Photo: United Launch Alliance

Tory Bruno. His social media presence is almost as large as the rockets he launches. He’s the CEO of United Launch Alliance, the rocket giant responsible for Delta and Atlas rockets. Recently, ULA launched NASA’s Parker Solar Probe on a mission to touch the sun, thanks to its Delta IV Heavy rocket

ULA has sent more than a dozen missions to Mars, and early next year it will lift Boeing’s Commercial Crew capsule, the Starliner, into orbit. We sat down to talk the Atlas’ legacy, the commercial crew missions, and ULA’s next rocket: The Vulcan.