The Met Considers Selling Its Art To Stave Off Financial Shortfall 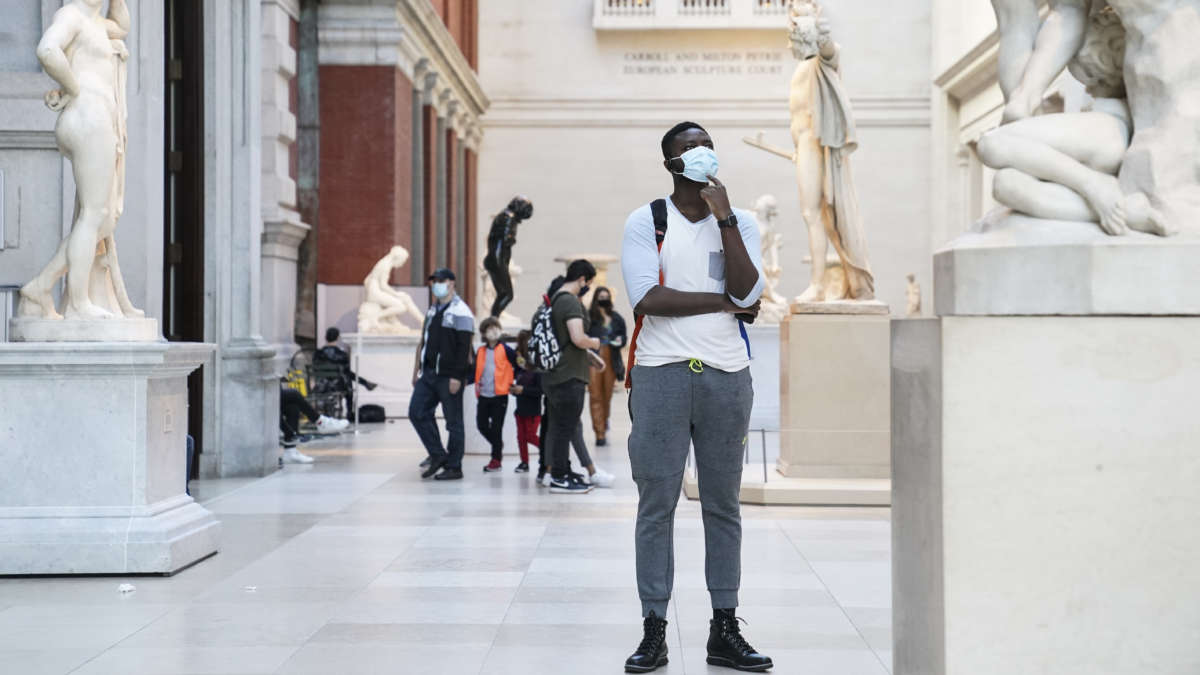 Visitors wear masks at the Metropolitan Museum of Art in October. The museum's director says the Met is considering selling art to pay for operating expenses.
Image credit: John Minchillo

The pandemic is causing The Metropolitan Museum of Art in New York to consider selling its artwork to cover operational costs as it falls short of $150 million in revenue.

The country’s flagship art museum has still not made a final decision on selling its work.

Museum Director Max Hollein says the Met isn’t quite facing an “existential crisis.” But he tells Rachel Martin on Morning Edition that the museum’s “attendance is of course, way, way below from where we were before the pandemic. And it’s going to continue to be that way, even when restrictions are going to be lifted.”

Back in April 2020, the museum had to lay off 81 employees in its customer service and retail departments and sizably cut the salaries of top executives.

The process of selling artwork, also known as deaccessioning, is regulated by the Association of Art Museum Directors, a professional organization that sets policies and guidelines for art museums across America.

However, last spring the AAMD announced it would relax its guidelines on deaccessioning until April 2022 to allow for museums to keep themselves afloat against the existential threat posed by the pandemic. Previously, money collected from deaccessioning was only allowed to be used to purchase new art. Now, it can go toward other expenses, including salaries for those who work in collection care.

Already, at least nine museums around the country have sold off art to stay afloat.

A spokesperson from the Met said the museum has still not looked into which pieces would be up for auction if it decides to take advantage of the new deaccessioning rules.

The Met has always practiced deaccessioning, Hollein wrote in a blog post — resulting in revenue that’s varied from $45,000 to $25 million. The pieces must meet specific criteria set by the museum to be eligible for resale, such as if the work is redundant or of lesser quality than other pieces in its collection.

The move has met with some criticism, including from former Met director Thomas Campbell, who warned that selling art to cover operating costs could “become the norm.”

And as Artnet reported, the Met has an endowment of $3.3 billion and multiple billionaires sit on its board.

Hollein counters that the actual slippery slope would be museums dipping into endowments to cover operating costs, which would “have enormous effects in the long run.”

Hollein tells Morning Edition that despite the conditions, the Met will still be able to acquire new art through its endowment.

“We will get this year another $50 million of endowment proceeds through restricted endowments that are just for acquisitions, we get another $50 million just to buy art,” Hollein said. “So it doesn’t mean that the museum is no longer acquiring new works, or that we are not growing as a collection. We continue to grow, we just for this two-year period might not grow as vigorously or as rapidly as before.”