Listen in: The LGBT + Center’s food pantry in Orlando feeds the community with dignity and an extra helping of Pride 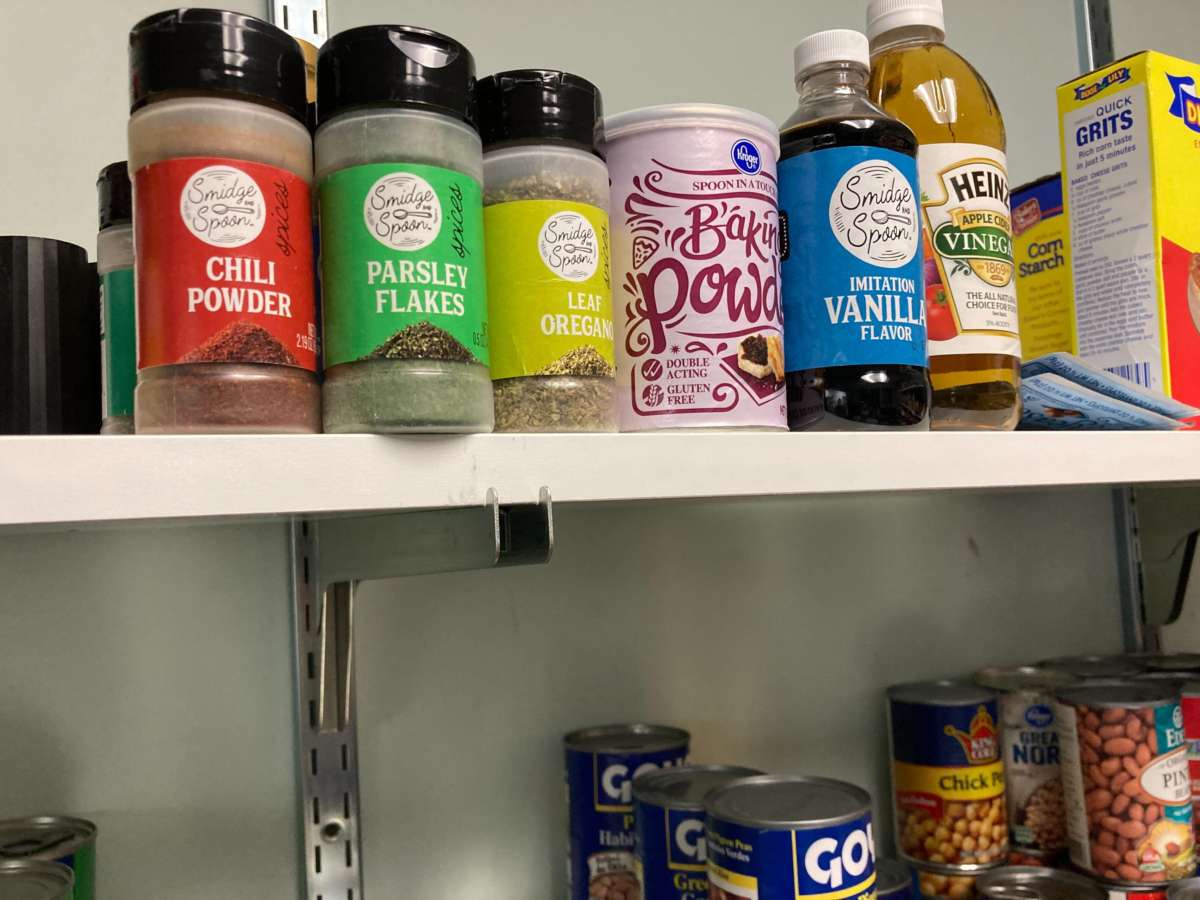 LGBTQ people in the US were twice as likely as their straight peers to experience food insecurity during the last few months of the pandemic. WMFE reports on a food pantry that opened up in Orlando during that time that not only feeds this need, but celebrates pride in the community.

Read the full story or listen to it by clicking on the clip at the top of the page.

It’s around 1 p.m. on a Thursday when Joseph Dudnik, a Florida transplant from New York, arrives at the Pride Pantry. He’s a regular. He visits the pantry at the LGBT + Center on Mills almost every Thursday.

He fills up two bright green reusable bags with food to supplement federal assistance he receives.

“Basically, I get my social security check on the third but being on a limited income. What I do is I come here and I supplement with canned vegetables, pasta, rice, Pop-Tarts for breakfast, things like that.”

He’s not alone. Since the food pantry opened four months ago, LGBT + Center Director George Wallace says the demand for the food and water they provide at the pantry, which is open two days a week, has more than doubled.

In a recent US Census Bureau survey, 13 percent of LGBTQ people were food insecure compared to 7 percent of their straight peers.

“Our first month, we had 70 individuals come in and last month we served over 160 people.”

People take items off the shelves on the honor system and are welcome to use other facilities while they’re at the center, including a newly opened Internet café. Wallace says that while the pantry is open to both LGBTQ and non-LGBTQ people…

“We do see a large population of people who are trans or nonbinary or identify as LGBT that come here because this is a safe space.”

Rollins College sociology professor Stephanie Gonzalez Guittar studies poverty. She says factors like hiring discrimination and wage disparity are a couple of the reasons LGBTQ people experience food insecurity at higher rates, even outside a pandemic.

“People who are gender nonconforming or are trans people of color, right? They can experience even more discrimination and economic insecurity so they’re even more at risk of food insecurity.”

Gonzalez Guittar says what’s worse is some queer people might skip going to food banks entirely, especially if they’re affiliated with religious institutions that may or may not be LGBTQ-friendly.

Joseph Folsom says that’s where the Pride Pantry comes in. Folsom, who has been a bartender for over 40 years, runs the pantry. He makes a point of getting to know each of his regulars by name.

“I say, ‘Hi Joe. How are you? See you in a little bit.’ Ask if they need anything special for the next trip. I just like to get to know people. You’re not just walking in as a number. You’re my friend now.”

Folsom even buys special food based on people’s dietary needs and restrictions.

“One young man comes in, he gets so little food every other week. And I said, ‘What is it that you’re looking for?’ And he says, ‘Well I’m gluten free and I can’t have this this and this.’ So I make it a point to go out and find things on sale when I can.”

Ahead of the holidays, the pantry, which relies on the Center’s general operating expenses and donations from local community members to stay afloat, will host a special Drag and Drive event to restock the shelves.

People can pack their trunks with food, cleaning and hygiene supplies, and diaper donations for the pantry, and then pull up to the center where drag queens will unpack their cars.

Pantry regular Joseph Dudnik says this event is just another reason why he keeps coming back.

Dudnik says it’s a spirit of pride and sense of community that make him feel seen and full.

Drag and Drive takes place at the LGBT Center on December 18th from 11 am to 3 pm. People are welcome to bring donations of food, cleaning, hygiene and pet products to donate.