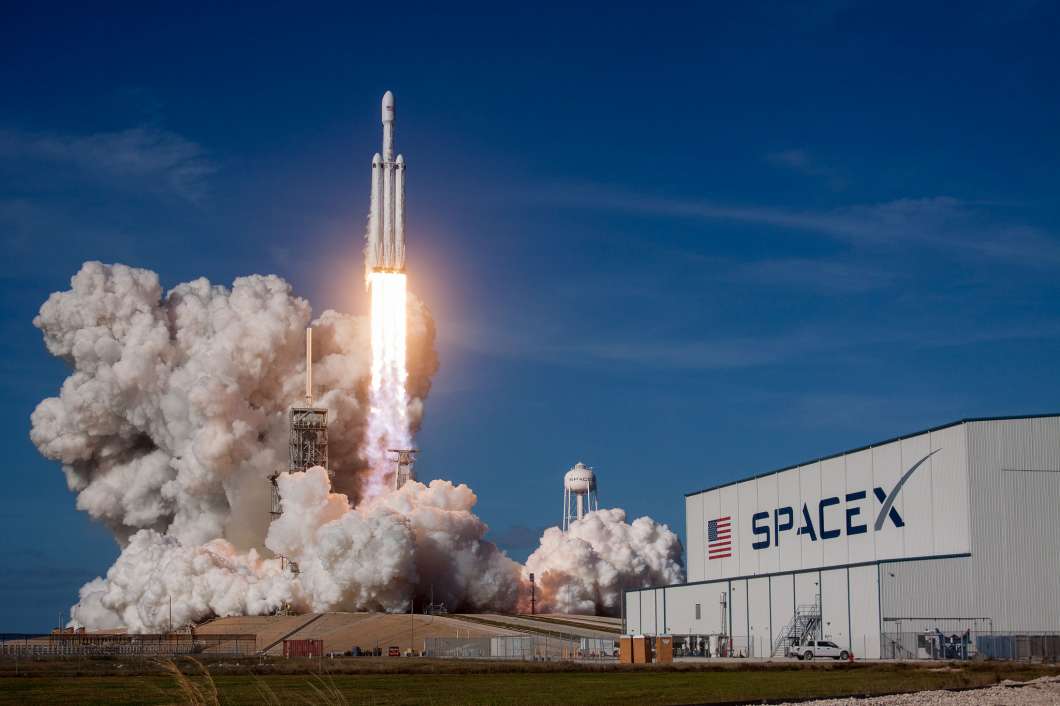 Falcon Heavy’s 27 engines roared to life at Kennedy Space Center’s launch complex 39A, sending three booster into the sky. The launch was a test flight, sending founder Elon Musk’s electric car, along with a mannequin named StarMan, into an orbit bound for Mars.

SpaceX landed two of the boosters back at Cape Canaveral, but failed to land the third booster at sea.

Despite the lost booster, Musk consider the launch a success. “I’m still trying to absorb everything that happened because it seems surreal to me,” Musk said shortly after the launch.

SpaceX spent half a billion dollars of its own money developing the rocket. Musk said the program was almost cancelled three times due to engineering challengers. He wants the flight to inspire other companies to think big.

“I think it’s going to encourage other countries to raise their sights and say we can do bigger and better. Which is great, we want a new space race.”

Blue Origin, another private space company headed by Amazon’s Jeff Bezos, is also developing a heavy-lift rocket that will launch from Cape Canaveral. On Twitter, Bezos congratulated Musk on the launch.

Space Florida’s Vice President Dale Ketcham said the Falcon Heavy will spur competition. “The ability to put that much payload at that price on their first launch attempt and to do so with such showmanship is classic SpaceX,” said Ketcham.  “It’s a fundamental business capability that is so disruptive to the industry. That’s going to put pressure not only on existing contractors United Launch Alliance and Orbital ATK but also keep pressure on Blue Origin to get in the game and perform. Additional, it’s also putting pressure on NASA and how they go about doing business because this is really transforming the landscape.”

Tuesday’s launch was delayed for more than an hour due to upper level winds early in the launch window. SpaceX launched the Falcon Heavy with just fifteen minutes left in the allocated window.

Tens of thousands of people came out to the Space Coast to witness the launch. Kennedy Space Center’s Visitor Complex, boasting the closest public viewing locations, sold out of tickets. Lines to get in stretched for miles hours before the launch.

Musk said the company’s primary focus moving forward is preparing its Falcon 9 rocket and Crew Dragon spacecraft ahead of NASA qualification tests. SpaceX, along with Boeing, has a contract with NASA to ferry astronauts to the International Space Station. It will be the first time NASA astronauts launch from U.S. soil since the end of the shuttle program in 2011.

SpaceX and Boeing are targeting uncrewed launches of their vehicles later this year, followed by test flights with astronauts early 2019.