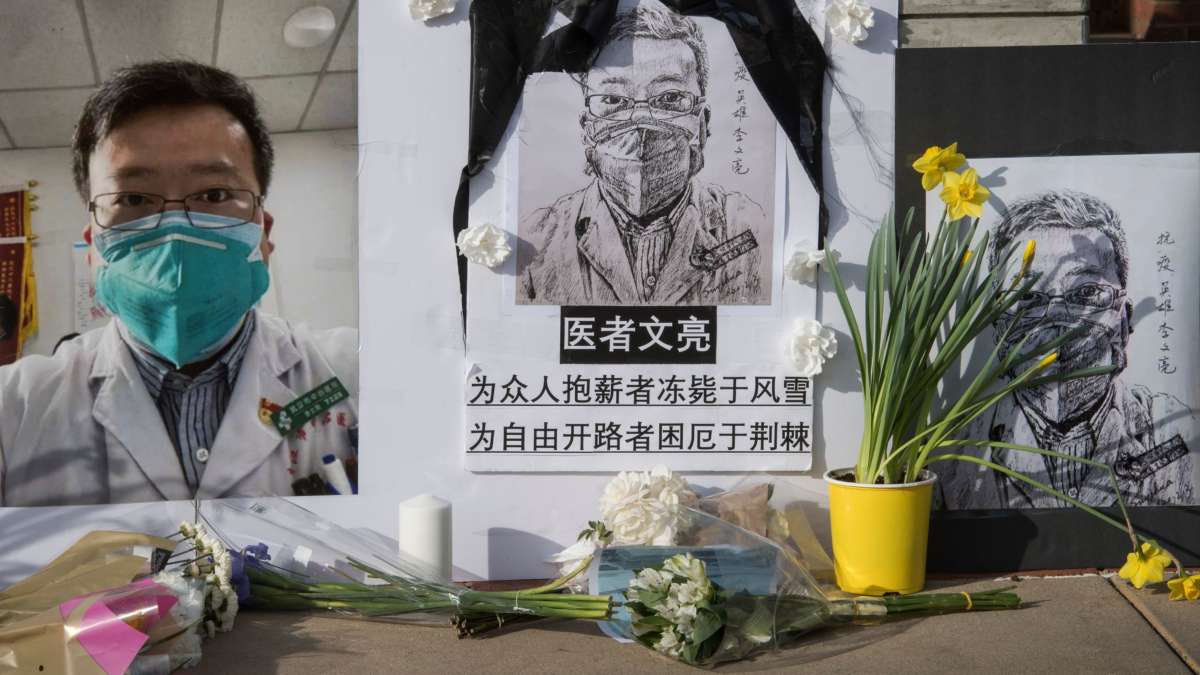 A memorial for Li Wenliang, who called attention to the coronavirus in Wuhan, China, sits on UCLA's campus earlier this year in Westwood, Calif. The doctor's widow, Fu Xuejie, announced the birth of their baby boy on Friday.
Image credit: Mark Ralston

When Dr. Li Wenliang died of COVID-19, several weeks after the Chinese whistleblower tried to warn the world about the coronavirus, his family was expecting to grow in the coming months.

Now his widow, Fu Xuejie, has welcomed their second child, a baby boy, to the world without him.

“Husband, are you watching from heaven? The last gift you sent to me has been born,” Fu said in a note posted to the Chinese social media platform WeChat. “I will definitely take care of him well.”

The bittersweet announcement Friday comes more than four months after the death of the ophthalmologist, who had warned friends and former classmates about the novel coronavirus he’d seen sweeping through the city of Wuhan around the turn of the new year. For his efforts, Li received a reprimand from local authorities in January for “publishing falsehoods.”

Not long afterward, Li himself contracted the virus himself and died from complications connected with COVID-19 in early February.

His death took its toll on the family he left behind. Fu told local Litchi News that she was overwhelmed with grief and had to be hospitalized for a spell, as well.

It has also stirred mourning and outrage among observers both elsewhere in China and well beyond its borders. The anger was so widespread that in March, Chinese authorities took the rare step of apologizing to his family and formally dropping their reprimand after completing their investigation into the official response.

Thousands of WeChat users offered their congratulations to Fu on Friday, passing along words of comfort and celebration in comments on her announcement.

“We hope this child will carry on the spirit of Dr. Li,” said one commenter, “and be a good man.”