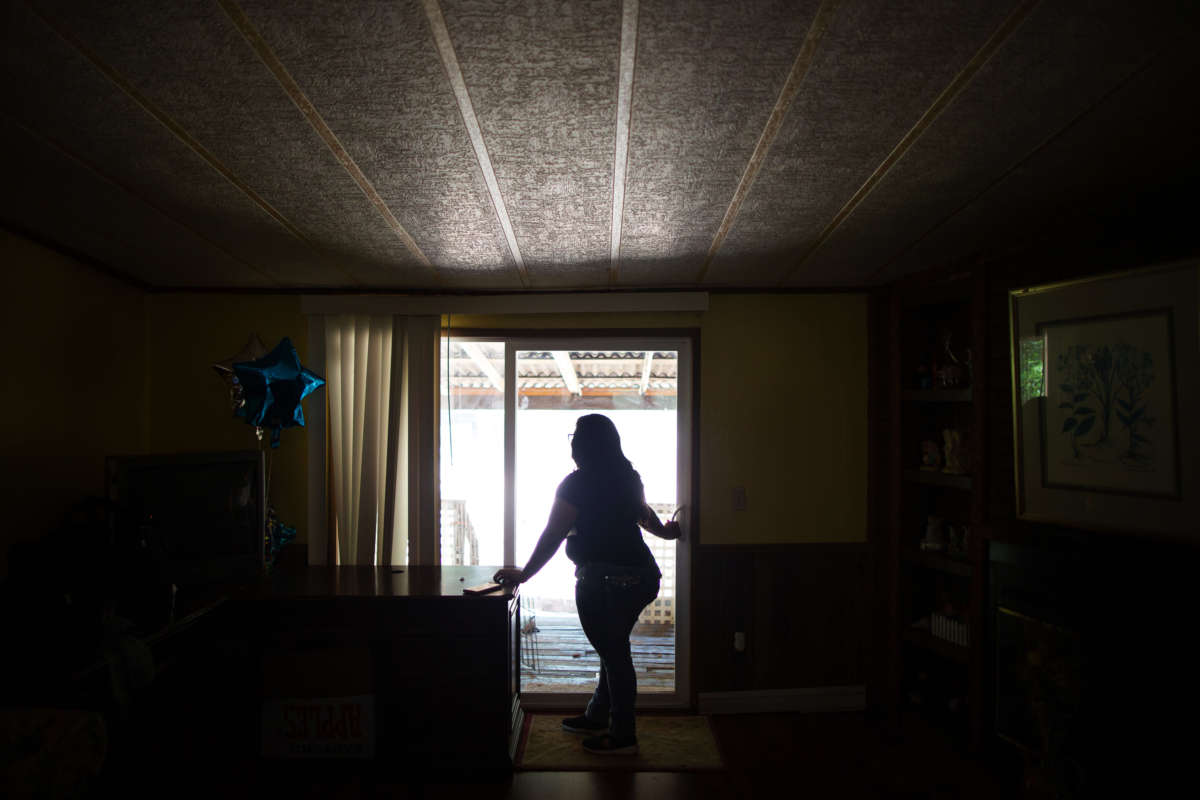 A woman known in court papers as Ms. A.B. is seeking asylum in the U.S. after suffering more than a decade of domestic violence in El Salvador. Attorney General Merrick Garland is vacating controversial legal decisions his predecessors issued in her case.

Survivors of domestic and gang violence have better odds of getting asylum in the U.S. as the Justice Department reverses controversial rulings from the Trump administration.

In a pair of decisions announced Wednesday, Attorney General Merrick Garland is vacating several controversial legal rulings issued by his predecessors — in effect, restoring the possibility of asylum protections for women fleeing from domestic violence in other countries, and families targeted by violent gangs.

“These decisions involve important questions about the meaning of our Nation’s asylum laws, which reflect America’s commitment to providing refuge to some of the world’s most vulnerable people,” Associate Attorney General Vanita Gupta wrote in a memo explaining the decisions to the country’s immigration judges.

But Wednesday’s decisions do not necessarily resolve those complex questions. President Biden signed an executive order in February instructing both the Justice and Homeland Security departments to craft new rules concerning who qualifies for asylum.

That process, however, is expected to take months. Immigrant advocates warned that abuse survivors remained at risk of being deported because the Trump-era rulings were still on the books, and they urged the attorney general to take swift action in the meantime.

“The attorney general’s action today will restore fairness to the asylum process,” said Blaine Bookey, a lawyer at the Center for Gender and Refugee Studies at the University of California, Hastings College of the Law.

“It will save lives. It will ensure that women who are seeking asylum from domestic violence and other forms of gender-based persecution will be able to have their claims fairly considered,” Bookey said in an interview.

The cases at issue — known as Matter of A.B. and Matter of L.E.A. — were both decided by attorneys general during the Trump administration. Under these decisions, the rules around who qualifies for asylum have been largely returned to where they were before former President Donald Trump took office.

Trump frequently referred to asylum as a “scam,” and his administration took steps to limit asylum protections for migrants arriving at the southern border.

“The asylum system is being abused to the detriment of the rule of law,” then-Attorney General Jeff Sessions said in a 2018 speech, arguing there are some social ills the U.S. just can’t fix.

“Asylum was never meant to alleviate all problems — even all serious problems — that people face every day all over the world,” Sessions said.

The legal argument over who should qualify for asylum hinges on the meaning of three words: “particular social group.”

Asylum-seekers must show that they face a well-founded fear of persecution based on at least one of five protected grounds: race, religion, nationality, political opinion or membership in particular social group. But the precise meaning of that last category has been fiercely debated.

Sessions decided in 2018 that survivors of domestic and gang violence generally do not qualify as a “particular social group.” But immigrant advocates say that interpretation took U.S. law backwards. They argue many women are still suffering persecution in countries where the police won’t protect them from violent partners, and that they should have a chance to make their asylum claims under U.S. laws.

The woman at the center of the debate says she was gratified by the attorney general’s decisions. Known in court papers only as Ms. A.B., she says she had no choice but to leave El Salvador and seek protection in the United States.

For a while, it seemed like she had won her asylum case — until Sessions intervened, using her case to set a precedent that implemented new restrictions.

“I feel content and happy that my case can help other women who are going through the same thing that I am,” she said in Spanish through an interpreter.

Ms. A.B.’s asylum case remains unresolved. But her attorneys say they’re confident that she will ultimately receive a grant of asylum and can finally apply to bring her children to join her in the United States.