The Jan. 6 panel announces its next hearing. Here’s what we know from them so far 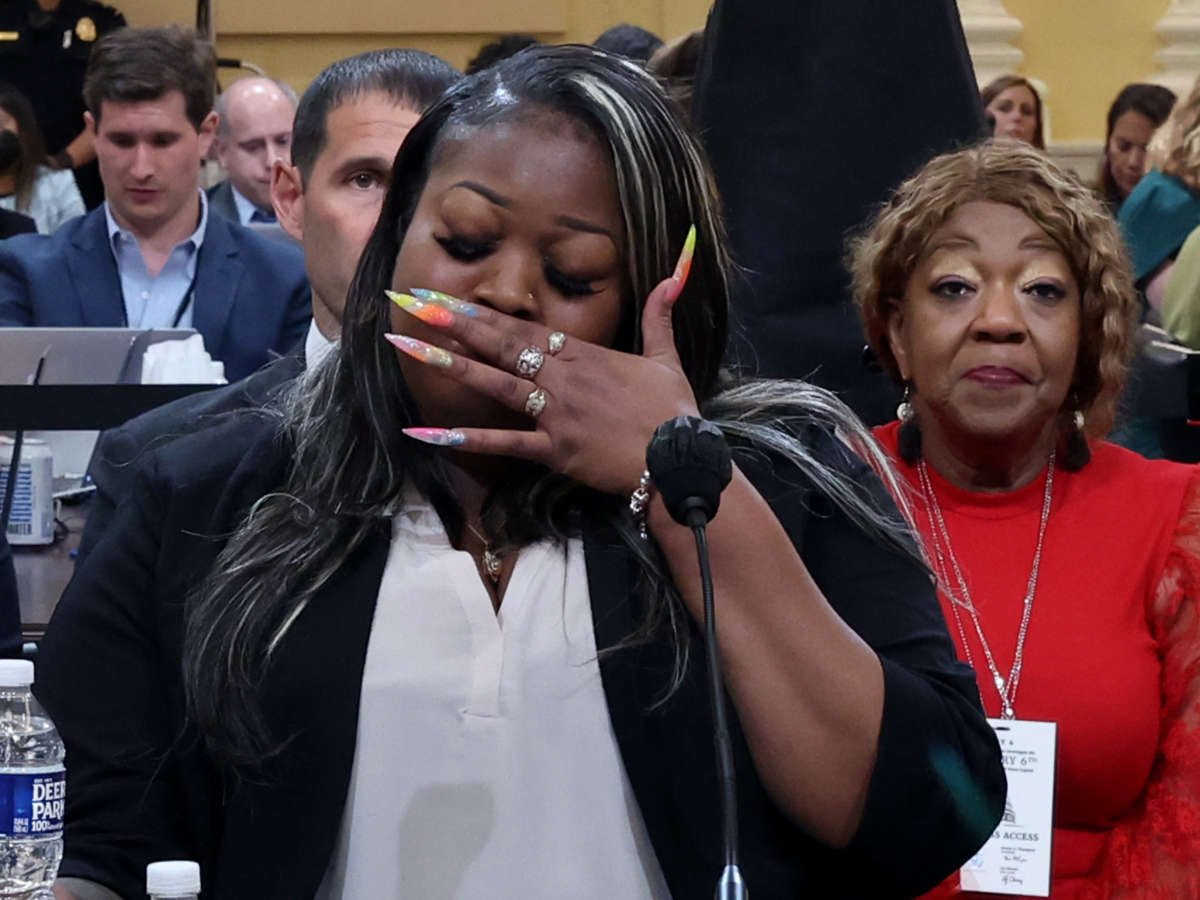 Wandrea "Shaye" Moss, a former Georgia election worker, becomes emotional while testifying about how being singled out in false claims that the 2020 election was stolen from Donald Trump has ruined her life.
Image credit: Michael Reynolds

The Jan. 6 committee has now held half a dozen hearings and are promising at least two more some time this month.

The next, announced Monday, is scheduled for July 12 at 10 a.m. ET. It will focus on the rioters and mob who stormed the Capitol, Rep. Adam Schiff, a Democratic committee member, recently said, and it’ll look at far-right groups such as the Proud Boys and the “efforts to assemble” them on Jan. 6, such as providing financing.

Given the pause this week, we figured it’s a good time to reflect on what we’ve learned so far. Here are five takeaways:

1. For Trump, the crowd was armed, dangerous – and welcome.

The former president knew the crowd had weapons, knew of the intelligence that violence could come on Jan. 6, but according to a White House aide, he didn’t care.

“They’re not here to hurt me,” he said, per Cassidy Hutchinson, former aide to Trump Chief of Staff Mark Meadows. “Take the effing mags away. Let my people in. They can march to the Capitol from here.”

Hutchinson said Trump was “furious” that people who were armed on Jan. 6 were deterred by metal detectors, or magnetometers, and thereby making his crowd appear smaller.

2. A president with a flash temper and desperate to hold onto power.

Throwing plates at the wall because he was upset that his attorney general said there was no widespread fraud in the 2020 election.

Grabbing the steering wheel of a presidential vehicle, because he so badly wanted to go to the Capitol with the rioters.

Hutchinson painted a picture of a president unhinged. This isn’t the first time people around Trump have described a man with a temper who demanded fealty.

Multiple witnesses during these hearings have described a president who couldn’t accept the truth, would find people to tell him what he wanted to hear, had descended down a deep rabbit hole of conspiracy and was willing to do whatever it took in a desperate effort to cling to power that was slipping through his fingers.

3. No one was too big or too small for Trump’s pressure campaign.

From as high up as his former vice president Mike Pence all the way down to GOP state elections officials and election workers, no one was spared from Trump’s persistent goading.

(Cipollone may himself be compelled to testify soon. The committee has subpoenaed him.)

Publicly, including in ad-libbed portions of his speech on Jan. 6, Trump has said multiple times that Pence didn’t have the “courage” to do what he wanted. At a recent rally, Trump derided Pence as a “conveyor belt.”

Trump wrongly accused Georgia election worker Shaye Moss of altering votes because of a video he irresponsibly talked about.

She testified that her personal life had been ruined since.

“I’ve gained about 60 pounds. I just don’t do nothing anymore,” Moss said. “I don’t want to go anywhere. I second guess everything that I do. It’s affected my life in a — in a major way. In every way. All because of lies. For me doing my job, same thing I’ve been doing forever.”

4. The potential for criminal prosecution may be growing.

A scheme for fake electors. Knowledge of the potential for violence. The lack of caring about that violence.

A White House lawyer concerned about potential obstruction of Congress and defrauding the country charges.

Members of Congress and others inside Trump’s inner circle asking for pardons.

The committee is leaving lots of bread crumbs for prosecutors to peck at.

5. The credibility of the witnesses is hard to dismiss.

As much as Trump World is trying to undermine some of the testimony, particularly that of Hutchinson, ask yourself whether Hutchinson had more to gain or lose through her testimony and whether any of those, including the president, who are casting doubt on her testimony will do so under oath before the committee and the FBI.

We’ve seen on lots of occasions when Trump has sat for depositions under oath, he has had a very different tune than in public. Almost everyone who has testified has been a Republican, who worked for Trump, was trying to get him reelected or voted for him.

The conspiracy has to run pretty deep for them all to be lying or have an ax to grind.