How the Shooting Is Affecting Orlando’s Top Tourism Market: Brazilians 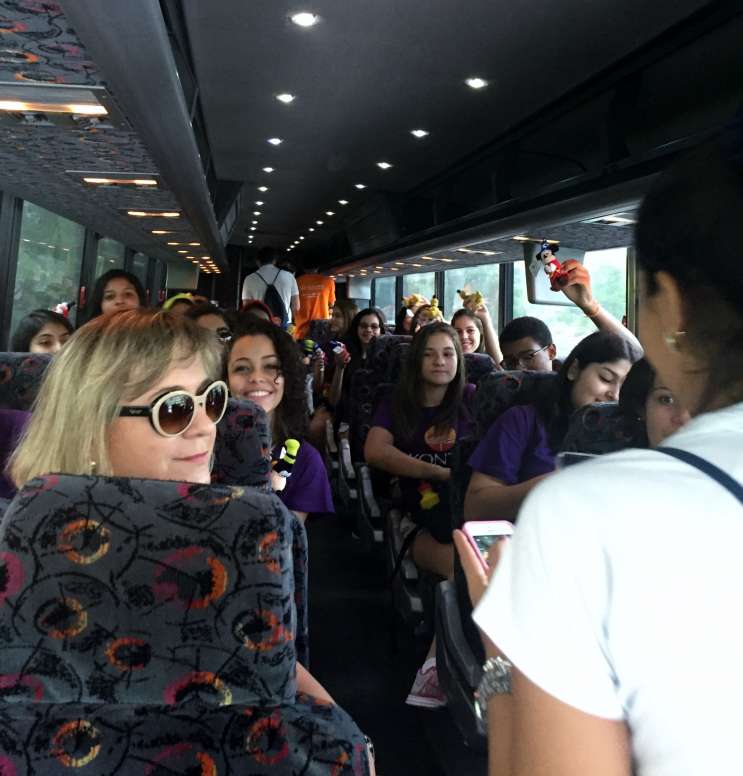 Brazilians teenagers embark upon a rite of passage trip to the Magic Kingdom. Photo: Renata Sago.

There’s a tradition in Brazil.

When a kid turns fifteen, they get a big party or a group trip to Orlando away from their parents.

“Everybody wants to come to Orlando. Disney is the best thing ever. It’s, when you are 15, everybody dreams to see Mickey, Minnie,” says Victor Costa. He works for Pegaus Transportation, one of more than a dozen Orlando companies that cater to Brazilian conventioneers, retirees, and fifteen-year-olds like Olivia Ramos and Gabriela Maria. They arrived with a group just six days after the shooting. For them, it was a shock.

“Brazil thinks that in Orlando, everything is perfect. It was weird because we never heard about crime in Orlando, and the week that I’m coming, I heard about so much things and I get worried,” says Ramos.

“It’s a problem that we can find in everywhere, like in Brazil, have this problem. But when we actually see something that big happen, I heard everyone telling how shaken that are,” Maria adds.

But worries about the shooting weren’t strong enough for parents to change plans at the last minute. Rocco Arcuri from Pegasus says the death of a two year old by an alligator at Disney caused more anxiety.

“We’ve had concern from people, especially the mothers of the children with the gator attack. That hit a little bit more home, I think, than the other shooting to the international side.”

Arcuri says it’s because tourists tend to think Orlando and Disney are the same thing.

Out of a group of more than 200 kids, there was one cancellation.

Within twenty-four hours of hopping off the plane, Ramos and the other fifteen-year-olds were hopping onto a coach bus headed to the Magic Kingdom.

“We should be careful in all places in the whole world. I will not let this like ruin my trip,” Ramos resolves.

And according to Visit Orlando, the city’s tourism arm, other tourists have been thinking the same way in the midst of the tragedies.

“We’ve seen no indications of anyone making changes to their visitation plans and we anticipate, based on the incredible level of support we’ve been receiving, that it’s likely to be the case moving forward,” says president and chief executive officer George Aguel.

But that’s not the case for Pegasus and other Brazilian tour companies. Bookings have gone down, and vice president Claudie Menezes says it is not because of the events of recent weeks.

“It was sad but we saw more the economic problems in Brazil were more like an influence. Some groups were affected. There was a drop in the demand. There was not like as much shopping as it was before.”

Brazil is grappling with its weakening currency and the kinks in its political fabric. Pegasus usually welcomes 15,000-20,000 Brazilians a year.

“This year we’re probably going to see about 30 to 40 percent less,” Menezes predicts.

She calls the change an inevitable part of a cycle that has waned and peaked over the past few years. Despite the shift, she says the draws to Orlando are still there.

“People are coming to see NBA, the Orlando Magic. They’re coming also to see Orlando City Soccer as we have two Brazilians playing—Kaka and Julio Baptista—and sometimes they just come and rent homes and enjoy a bit of the American way of life.”

Then, there’s the weather. The relative closeness to Brazil. The theme parks. And shopping.

Menezes and others in the tourism industry hope those offerings and Orlando’s reputation as home to the ‘Happiest place on earth’ will keep Brazilians coming back.