The Idea Was To Keep Kids Safe After School. Now They’re Chess Champions 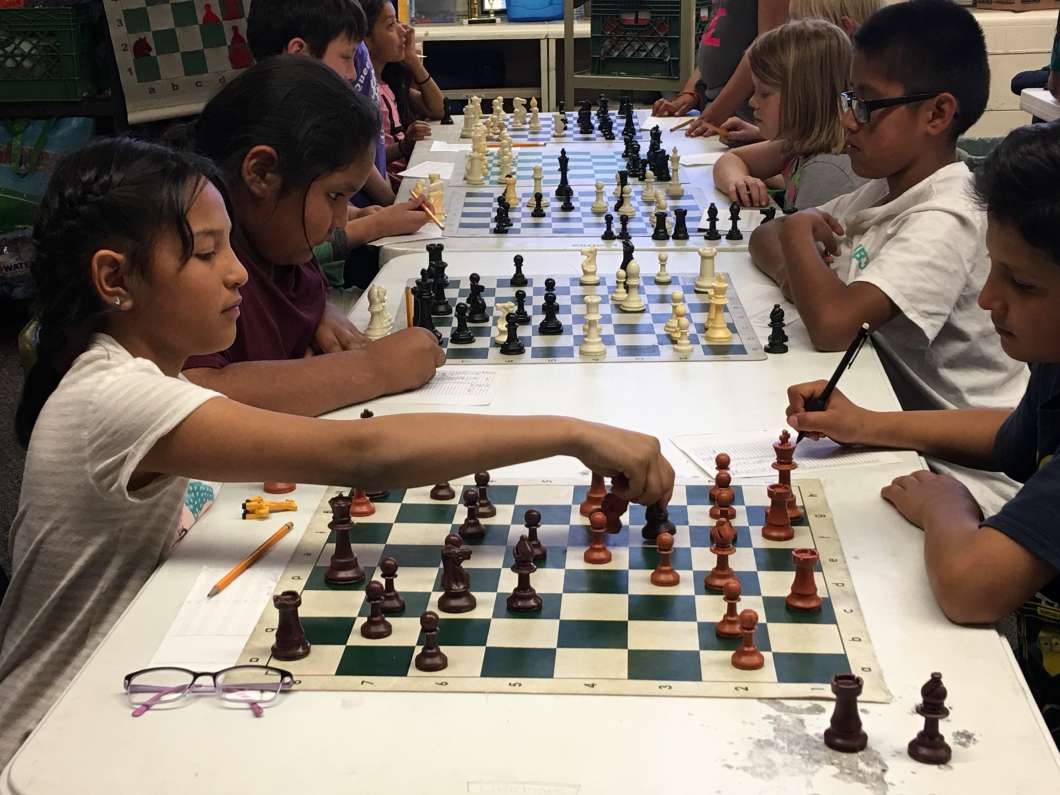 When Ted Komada started teaching 14 years ago, he says he didn’t know how to manage a classroom and was struggling to connect with students.

He noticed a couple of days after school that a group of kids would get together to play chess. “I said, ‘I know how to play chess. Let me go show these kids how to do it.'”

So he went across the hall and did nothing, he says, but lose game after game. “And that’s when I remember being like, ‘Oh, there’s knowing how the pieces move, and there’s playing chess.'”

Now playing chess is a big deal at Killip Elementary in Flagstaff, Ariz., where Komada is a teacher and coaches the chess team. The whole program started as a safe place for kids to come after school — a diversion — and this week dozens of those students are getting ready to head out to Nashville, Tenn., to compete with about 5,000 other young people at the SuperNationals of chess. The competition only happens every four years and the last time the team went, they placed a team at third in the nation.

Back then, Skylar Boyce was just 6 years old. Now he’s 10, still playing chess, and says he can’t wait to go again this year and place first.

He says chess is fun and it teaches you stuff: “Stuff that helps you in the real world. Like for trades. You always want to trade fairly in chess and you always need to trade fairly in the world,” he says. “You don’t want to, like, give someone a car if they’re gonna give you $5.”

Speaking of money, the team raised $35,000 so all the kids who qualified could go.

Komada says chess gives him, and his students, control. The school has the highest number of kids from low-income families in Flagstaff. Police frequent the area. Two months ago, a young man was shot just down the street during chess practice.

“You decide whether you want to attack queen side, king side, attack with a knight or a bishop,” Komada says. “I love chess because it makes me feel powerful because I’m in control. I mean there’s not too many things in life that you have complete control over. Chess is one of them.”

“Coach Komada, here, likes to teach them that you want to think about your move before you do it,” says Michelle Pedilla, who has two sons who play chess. For her sons, she sees those lessons translate into the real world. “Like, ‘Should I do that? It might get me in trouble.'”

Pedilla gets emotional when she thinks about the team walking into a competition as a “big ol’ blue group,” referring to the school colors. She’ll be there this week with them in Nashville and she says, “I’m very much a proud mother.”