The I-4 Corridor: Pinellas County Voters Split By Party Votes 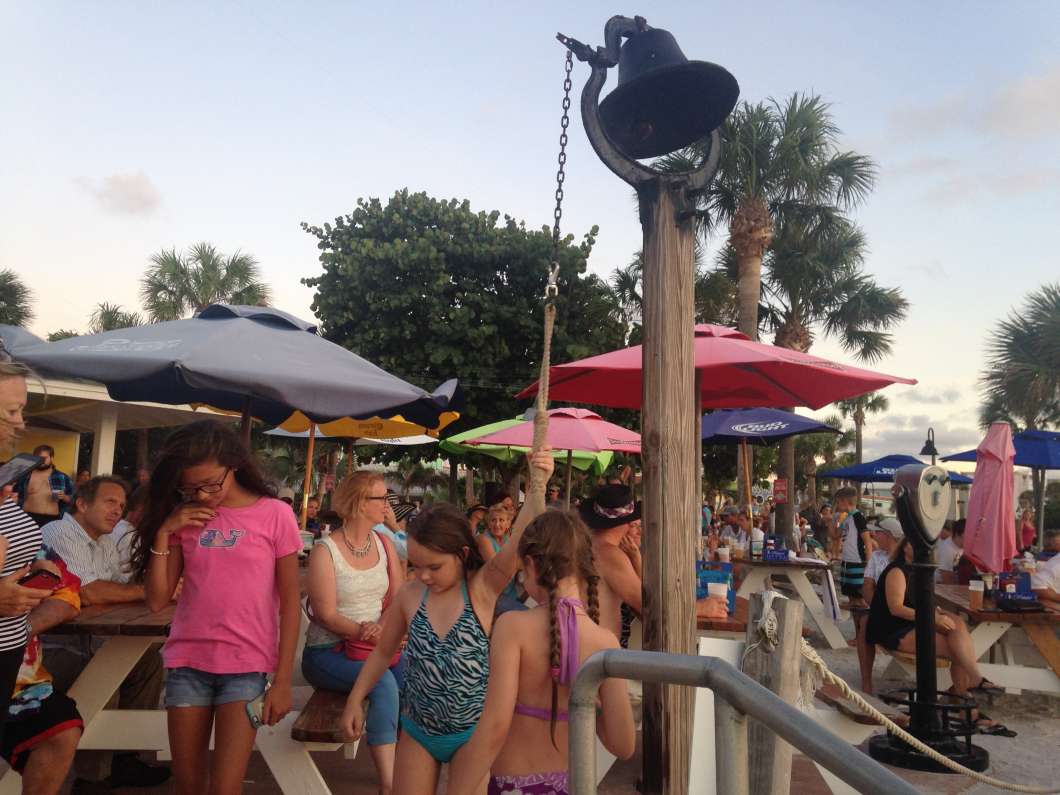 This time of year, towns across the country are celebrating autumn, hosting outdoor festivals where firefighters are selling barbecue, bands play tunes from the ’70s and ’80s and local vendors hawk jewelry, T-shirts and artwork.

In Pass-A-Grille Beach, the southernmost spot along the Pinellas County coast, its “Party Under the Lights” event is a few degrees warmer than fall festivals up north.

But the topic everyone here is talking about is what you’re hearing across the country. It’s all about the bitter battle for President of the United States.

Peter Brown watches the bands play on the patio of the local tavern called Shadracks. He grew up in Pass-A-Grille Beach, and was a Democrat when he left to join the Marines to fight in Vietnam. He says he returned from that war a Republican, and has been steadfast to the party during his career as a firefighter for the Department of Defense.

Less than a block away from Shadracks is one of them. Joe Widlanksky is running a tent along 8th Avenue, promoting the organization he operates, Sea Turtle Trackers Inc. He calls himself a proud liberal.

“I believe (party affiliation) is split almost 50/50 down here. It’s pretty close,” he said. “You know I see some Trump bumper stickers, some Hillary. But this year there aren’t near as many.”

Widlansky has lived in St. Petersburg, the biggest city in Pinellas County, for 16 years. He’s really concerned about the environment, gay rights and campaign finance.

“The Supreme Court is a major factor in my decision, based on what the court has been made up of the last 50 years,” he said.

But voters leaning only to the left or right are not the only factors in Pinellas, where 75 percent of its residents are white. While each major party has about 225,000 registered voters in Pinellas, another 176,000 residents identify with another party – or to no party at all.

Voters like Luis Borgas and his wife Nancy, who were watching the sunset with their 4-year-old grandson. The retirees came to St. Petersburg from

Puerto Rico a few years ago, and said it’s wrong to assume that Clinton will get all of the Hispanic vote, which in Pinellas is about 1 in 10 voters.

Borgas says while Trump has made disparaging comments about Latinos, “I don’t really think that he really hates Hispanics or black people, you know,” he said. “I think he is just spinning from his mind, trying to demonstrate that the United States needs to be united again you know.”

When Borgas is asked what’s most important when he votes, he said he wants to select a candidate who will work for peace.

“I’m still thinking. And I will probably don’t vote for Hillary or Trump. It’s a matter of convictions you know,” he said.
Peter Brown, the Trump supporter, understands what Borgas means.

“But just do it. Either left or right or whatever, just get out and vote.”