The House passed a bill aimed at boosting U.S. competitiveness with China 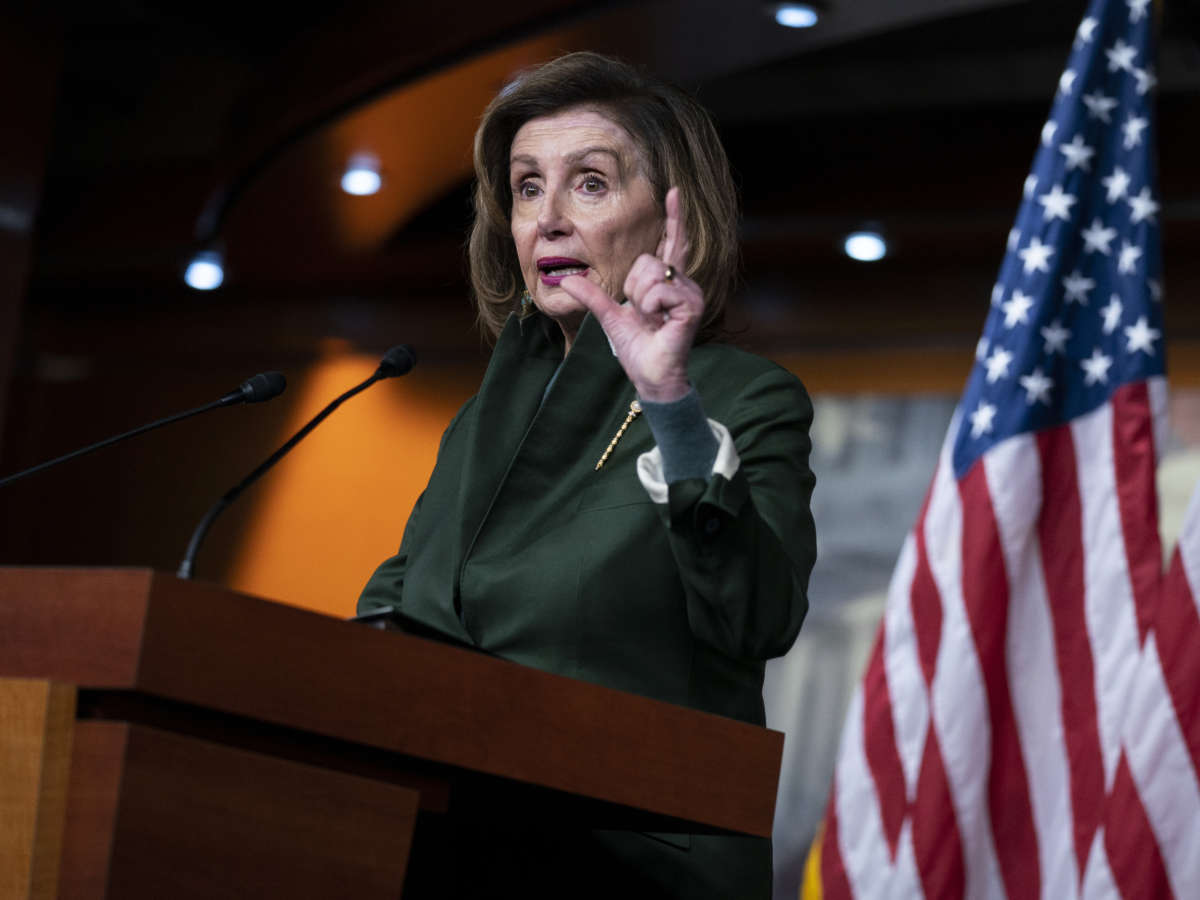 The House passed a bill Friday that Democrats say will increase U.S. semiconductor manufacturing and boost American competitiveness with China.

House Speaker Nancy Pelosi, D-Calif., said the bill “will ensure that America is preeminent in manufacturing, innovation and economic strength and can outcompete any nation.”

The bill has a number of provisions, including $52 billion to make chips, $45 billion to improve supply chains for critical items and $160 billion for scientific research and innovation.

“We’ve just got to compete. And we’ve got to hopefully feel like we’re a little step ahead. And that’s really a big goal,” Johnson told NPR. “Because as you know, our society is very different in the kind of freedom versus communism type of behaviors.”

Johnson said the legislation was also aimed at developing talent in the U.S. and fostering innovations in government labs that private companies could tap into for future products. Much of the research pieces in the bill, which has been in the works for years, included input from a range of private industry, academic experts and scientists who argue the U.S. needs a long-term commitment to seeding future breakthroughs that will prevent more jobs and manufacturing from moving overseas.

Florida Republican Congressman Daniel Webster told NPR he backed the research agenda, but felt the House bill concentrated to much of the effort at the federal level.

“We’re trying to get something that is less government and more open private sector. What they’re doing is basically trying to get a government-funded program to decide all the things that are happening. Just not going to go for that,” he said.

Many House Republicans defended their vote against the bill by saying it did not do enough to counter China, is loaded up with other priorities, such as clean energy, and would worsen inflation.

The bill is the House’s reply to $250 billion bipartisan competition bill, the U.S. Innovation and Competition Act, the Senate passed last June.

The two chambers will spend the next weeks hammering out the differences between the two bills and eventually send it to President Biden’s desk.

While the Senate bill also has more than $50 billion for chip manufacturing, it takes a different approach in how the $250 billion it has earmarked for scientific research should be used.

Senate Majority Leader Chuck Schumer, who helped broker the bipartisan deal in the Senate, which garnered the support of 19 Republicans, downplayed the differences between the two bills.

“The framework they set up and the framework we set up are not that far apart,” he said. “I believe all the gaps are very bridgeable.”

Schumer said investments in American manufacturing are long overdue. Proponents of the bill, however, admitted that it will still take some time to see the impact of the federal investments.