The Ghislaine Maxwell trial is about to begin. Here’s what to watch for 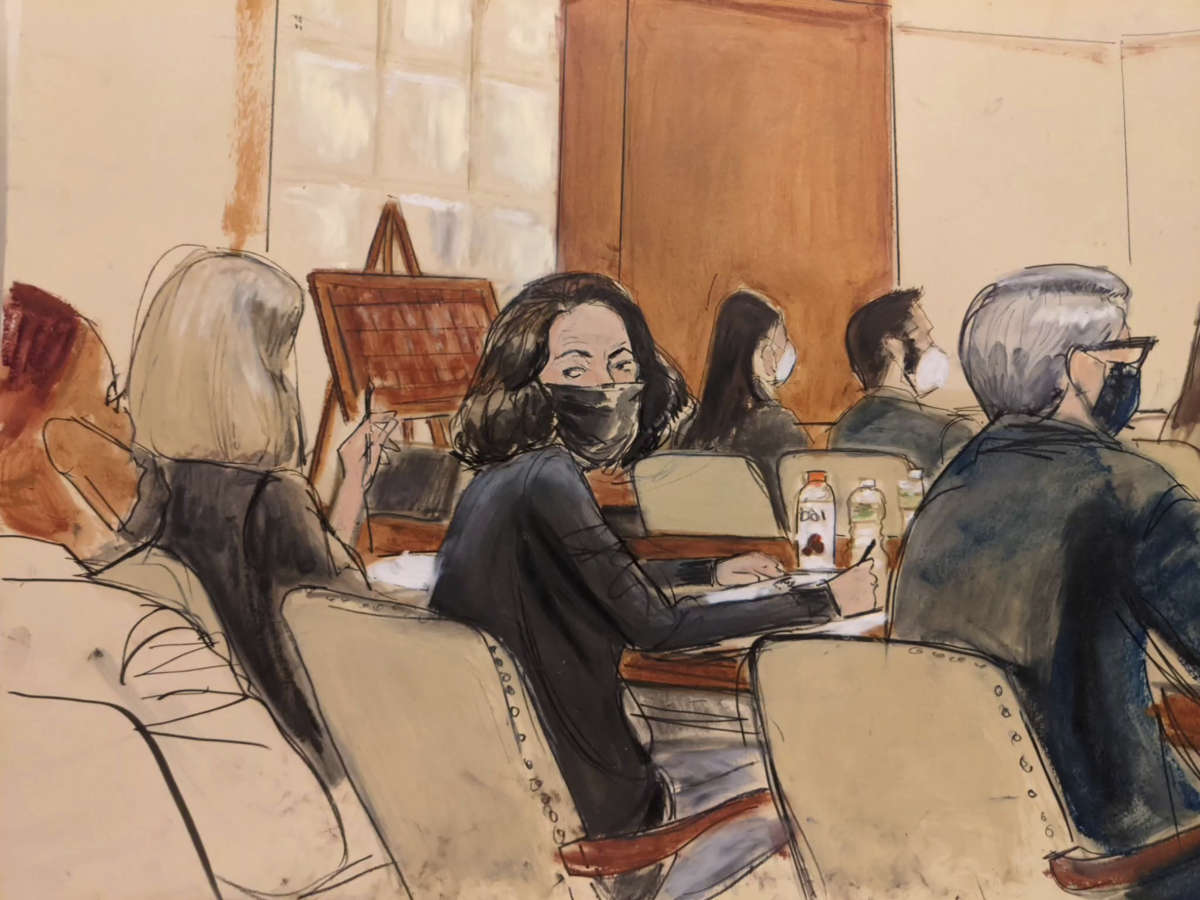 In this courtroom sketch, Ghislaine Maxwell looks over her shoulder to the courtroom audience prior to the start of jury selection in her trial, Nov. 16, 2021, in New York.
Image credit: Elizabeth Williams

Opening statements in the highly anticipated trial of Ghislaine Maxwell begin on Monday in a Manhattan federal court.

Maxwell is being tried on several felony counts, including trafficking underage girls for financier Jeffrey Epstein to sexually abuse.

Here’s what you need to know as the trial starts.

What Maxwell is accused of

It’s alleged that Maxwell groomed underage girls, offering them lavish trips and gifts in exchange for exploiting them, and that in some cases, she herself participated in the abuse.

Maxwell is the daughter of the late media mogul Robert Maxwell. In the ’90s she was in a romantic relationship with Epstein.

Epstein died in 2019 while in federal custody at the Metropolitan Correctional Center in Manhattan. It was ruled a suicide.

It’s alleged the trafficking took place between the mid-90s and early 2000s. Maxwell has pleaded not guilty and maintains she is being held unfairly and treated poorly while in detention.

What the defense is expected to say

The defense is expected to argue that there is no way Maxwell can get a fair trial; that she is, in essence, being tried for Epstein’s crimes and has already been found guilty in the court of public opinion.

At least four women who say they were underage and preyed upon by Maxwell will be testifying.

Notably absent is Virginia Giuffre, one of the most famous accusers, who says she was 17 when Epstein and Maxwell started flying her around the world for sex with very high-profile politicians, royals and billionaires.

Giuffre says that included Prince Andrew. She also says she was directed to have sex with former New Mexico Gov. Bill Richardson. Both men have repeatedly denied the allegations by Giuffre.

Prince Andrew has publicly denied the accusations. A spokesperson for Richardson told NPR that “the charges are completely false.”

What we’re waiting to find out

The allegations against Prince Andrew and Maxwell will be kept out of this trial, according to Associated Press, but it’s unclear if Richardson will be called to testify.

In fact, there’s a lot of mystery around who the witnesses will be for this case.

Prosecutors have said they will be using some parts of Maxwell’s book of contacts, which has captured the imaginations of followers of this case. Maxwell and Epstein moved in wealthy and famous circles, and there has been much speculation over whether some of their acquaintances participated in the alleged exploitation of young girls.

What also remains unclear is whether Maxwell had co-conspirators, and if so, whether they will be brought into court.

The trial could last as long as six weeks.