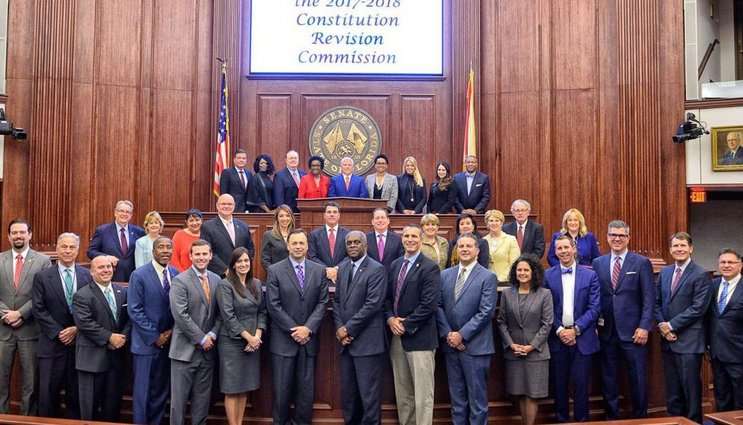 Hundreds of Floridians showed up earlier this week for the Florida Constitution Revision Commission’s final public hearing. Just over half of the 37 members of the CRC were there to hear public comment on issues ranging from a ban on greyhound racing to increased funding for cancer research. But the majority of the attendees were there to plead with the commission to regulate guns.

Dozens of Parkland parents and teachers showed in support of a proposed amendment that would impose an age limit of 21 to buy a gun, require a 10-day waiting period for background check, and prohibit the sale of assault weapons and large-capacity magazines.

Last week Gov. Rick Scott signed a bill that imposed a three-day waiting period and raised the age to buy a rifle from 18 to 21. The National Rifle Association promptly filed suit against the state, calling the new law, known as the Marjory Stoneman Douglas High School Public Safety Act, unconstitutional.

Sixty-two percent of Florida voters approve of an assault weapons ban, according to a recent Quinnipiac poll. The poll also found 78 percent support raising the legal age to buy guns from 18 to 21, and 87 percent support waiting periods for all gun purchases.

If the commission approves the measure, it goes on the November 2018 ballot, and if 60 percent of voters approve it, the Florida Constitution will be amended. And maybe that will help protect Florida from the inevitable next legal challenge from the gun lobby.