The first U.S. case of polio since 2013 has been detected in New York 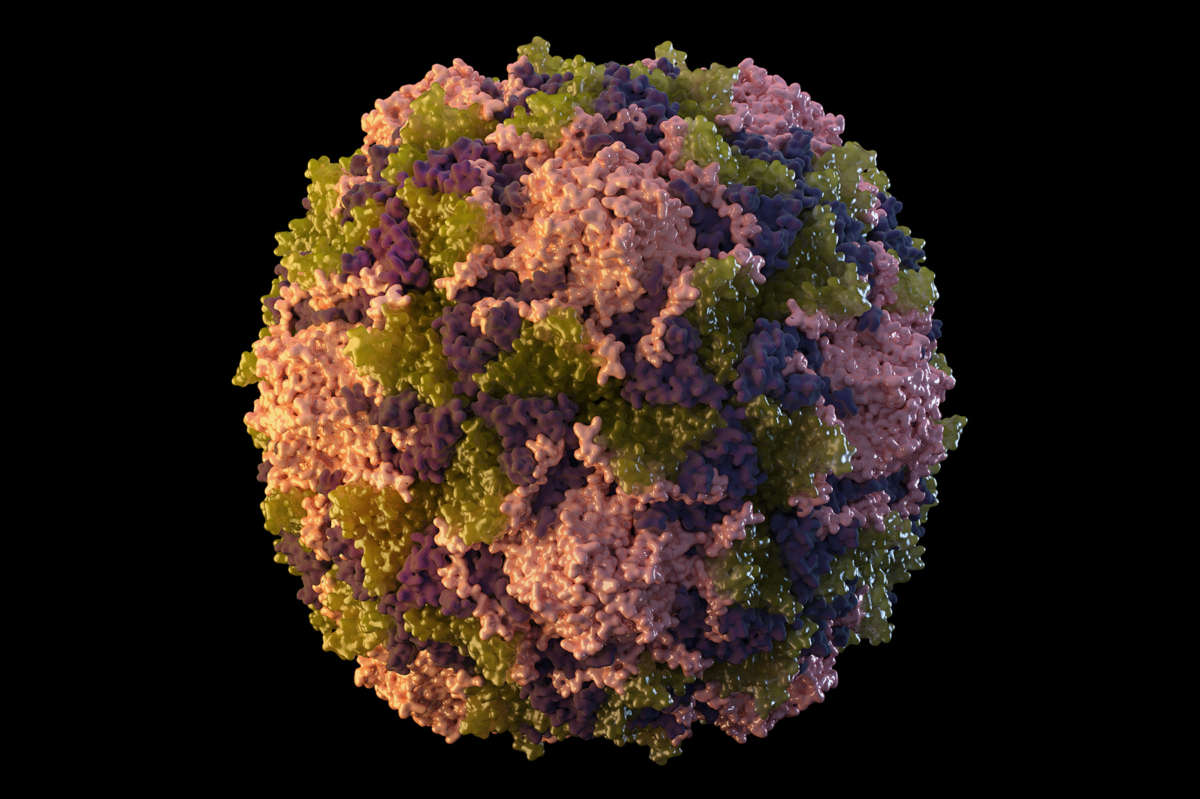 This 2014 illustration made available by the U.S. Centers for Disease Control and Prevention depicts a polio virus particle. On Thursday, July 21, 2022, New York health officials reported a polio case, the first in the U.S. in nearly a decade. (Sarah Poser, Meredith Boyter Newlove/CDC via AP)

A case of polio has been detected in New York, the first instance of the virus in almost a decade.

The case was confirmed in a resident of Rockland County, about 36 miles north of New York City, the first case since 2013, according to the state and county health departments.

The patient is no longer considered contagious, the AP reports, but has developed paralysis. Tests run by the state health department’s lab, and confirmed by the CDC, showed that the patient had previously received an oral polio vaccine, which are no longer administered in the U.S.

Inactivated vaccines — ones that use dead germs from the disease — have been the only polio vaccines authorized in the U.S. since 2000. This could mean the patient picked up the strain in a country where oral polio vaccines are still given. According to the CDC, no cases of polio have originated in the United States since 1979.

The New York health departments and the CDC recommend that those unvaccinated against polio receive the vaccine.

“Vaccines have protected our health against old and new viruses for decades,” New York City Health Commissioner Dr. Ashwin Vasan said. “The fact is, the urgency of safe and effective vaccines has always been here, and we need New Yorkers to protect themselves against completely preventable viruses like polio.”

The polio vaccine was introduced in 1955, and due to a high inoculation rate, cases decreased significantly in the late 1950s and early 1960s. Only 175 cases were reported worldwide in 2019, according to the World Health Organization.

The highly infectious virus can cause debilitating damage to the spine and muscles, and is typically spread orally, through fecal matter or saliva. About 72% of people will not have visible symptoms, while about 25% of people will experience flu-like symptoms, such as nausea, fever and tiredness, the CDC said.

In rare cases the infected experience more severe and life-threatening symptoms, such as paralysis (0.5%) or meningitis (4%), a spinal infection, according to the CDC.

Symptoms can take up to 30 days to appear in those infected, and can still be spread during that time, the New York State Health Department said.