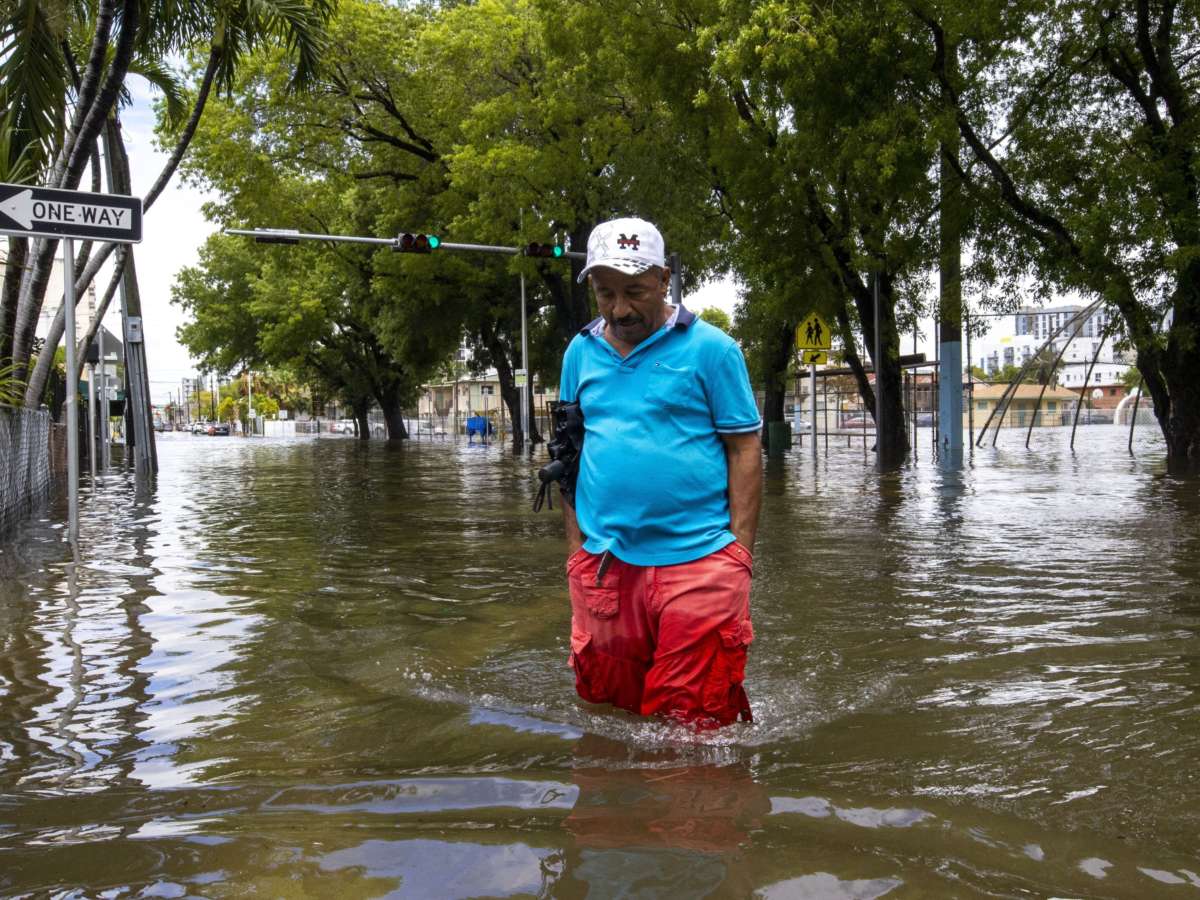 A man crosses the flooded intersection in the Little Havana neighborhood of Miami on Saturday.
Image credit: Daniel A. Varela

Tropical Storm Alex, the first named storm of the Atlantic hurricane season, gained a bit more force as it headed toward Bermuda on Sunday after killing three people in Cuba and causing flooding in parts of Florida.

National Hurricane Center forecasters said at 2 p.m. ET that Alex’s maximum sustained winds had increased to 65 mph and was centered about 475 miles west-southwest of Bermuda.

It was moving to the east-northeast at a brisk 23 mph and was expected to pass near or just north of Bermuda on Monday and a tropical storm warning was in effect there. Forecasters said it could bring 2 to 3 inches of rain across Bermuda late Sunday and Monday.

Olban Tremeneo Lagos, 42, points to the water inside his apartment in the Little Havana neighborhood of Miami on Saturday.
Daniel A. Varela/Miami Herald via AP

In Cuba, the storm killed three people, damaged dozens of homes in Havana and cut off electricity in some areas, according to authorities. Heavy rainfall continued Saturday, but was diminishing as the weather system moved away from the island.

Volunteers push a boat through a street flooded by heavy rains to rescue a neighbor in Havana on Friday.
Ramon Espinosa/AP

Parts of South Florida experienced road flooding from heavy rain and wind Saturday. Officials in Miami warned drivers about road conditions as many cars were stuck on flooded streets.

“This is a dangerous and life-threatening situation. Traveling during these conditions is not recommended. It’s better to wait. Turn around, don’t drown,” the city of Miami tweeted.

The city was towing stranded vehicles from flooded roadways.

Miami Beach Mayor Dan Gelber said the storm tested the system of drainage pumps the city recently installed as climate change has increasingly made flooding an issue in the low-lying area.

“We moved the water off pretty quickly, but in some areas, obviously, it was really challenging,” Gelber said. “There were some problems getting through on some streets, one of the main arteries was unpassable, but by and large water is dissipating.”

The Atlantic hurricane season officially began Tuesday. This is an unusually early start to the storm season but not unprecedented for Florida.