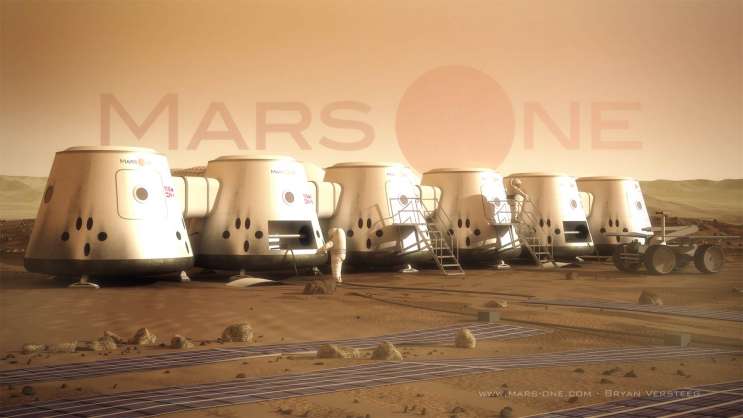 Concept art of a Mars One colony. Photo: Mars One

On this podcast we’ve been focusing a lot on the technology of space exploration. We talked to rocket engineers, scientists, designers. But the ultimate goal of Martian exploration is to colonize the planet — and while all this technology is imperative in getting humans to Mars, there’s one aspect of this ambition we haven’t really talked about yet. The first Mars colonists.

Mars One is a global non-profit with the goal of sending the first group of colonists to the Red Planet in the 2020s. George Hatcher is one of the final 100 candidates being considered for the first corps or astronauts heading to Mars… forever.