The First Gold Medal Of The Tokyo Olympics Goes To China 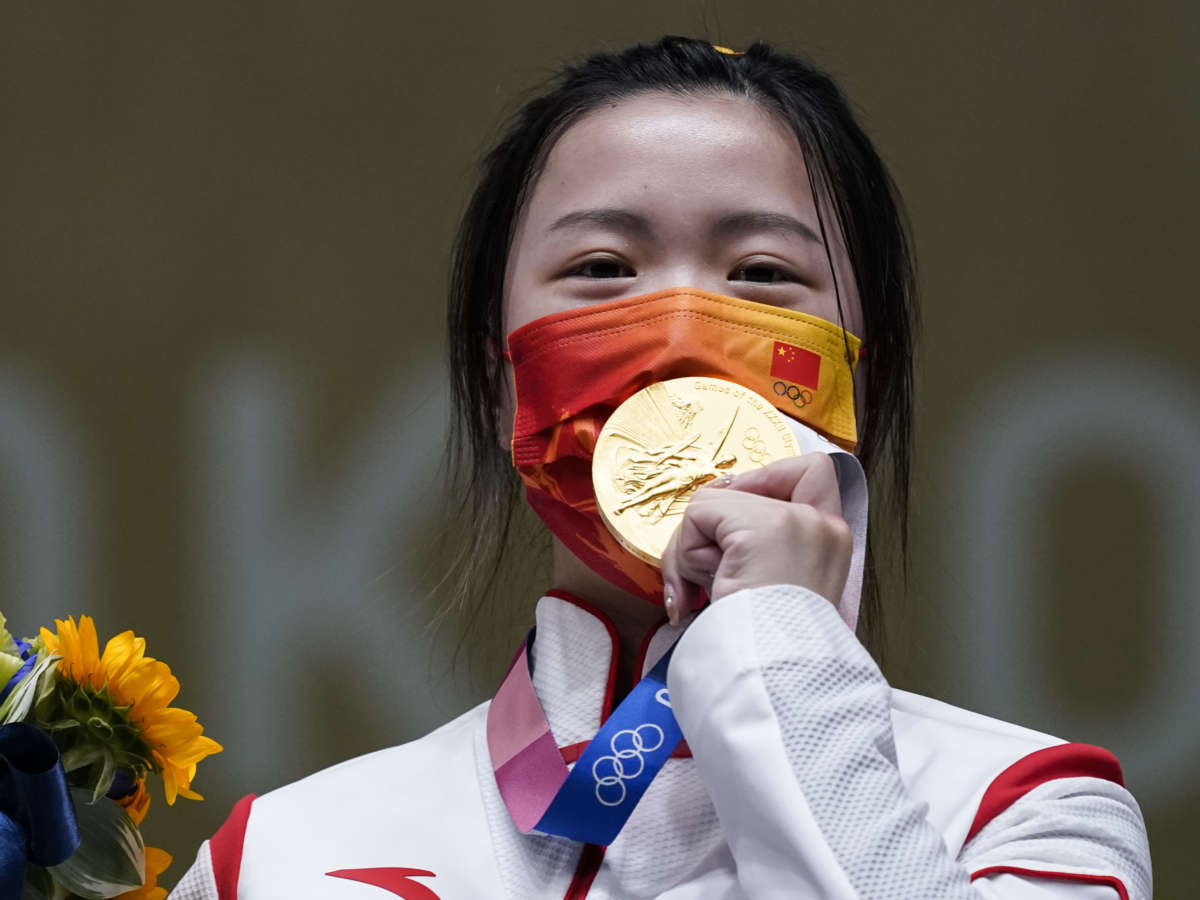 Qian Yang of China celebrates after winning the gold medal in the women's 10-meter air rifle at the Asaka Shooting Range in the 2020 Summer Olympics on Saturday.
Image credit: Alex Brandon

The first gold medal of the Tokyo Olympics goes to Qian Yang from China, after the 21-year-old came out on top in the women’s 10 meter air rifle competition.

Yang jubilantly held up her medal during the ceremony, along with a small bouquet of flowers. Due to coronavirus protocols, medals were passed to the winners on a tray and they placed them around their own necks. Usually, a dignitary would put the medals on the winners.

Mary Tucker from the U.S. took 6th place in the competition. The field was fairly open, with none of the medalists in this event from the 2016 Rio Games competing.

It was a disappointing day for the competitor from Norway. Jeanette Hegg broke an Olympic record during the qualification round, but ultimately finished fourth.

In the event, shooters stand 10 meters (almost 33 feet) from a stationary target and fire at it with an air rifle. In other shooting events, competitors use different kinds of firearms, fire from positions including kneeling or lying on the ground, shoot at targets from different distances, or take aim at moving targets.