The Fight for $15 Continues at Orlando International Airport: “Do You Have all the Benefits I Just Mentioned? Think About These Workers Here!” 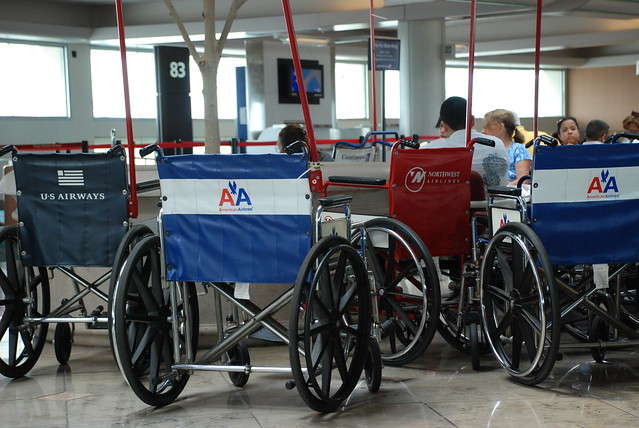 Workers who are contracted out by private companies to handle luggage and push wheelchairs at Orlando International Airport rallied today for a living wage.

“Most people say what are they complaining about? Well, guess what? Do you have all those benefits? Well, think about these workers here. They have to work the most sometimes seven days a week.”

Orlando International Airport baggage handler Carlos Batista says right now workers like him are making minimum wage and they don’t get to take time off unless it’s covered under workers compensation.

Batista said workers would stay longer in their positions if they had these benefits as they wouldn’t need to work two or three jobs at the same time.

Workers also rallied today against retaliation they say they’ve faced from these companies after trying to unionize.

His manager says he was fired because he left a bag on an airplane he was cleaning.

Charlin was only paid $10.75 at the time and didn’t have insurance. He’s now living with a relative as he looks for other work and tries to support his two children.

Eulen America could not be reached for comment at the time this story was published.