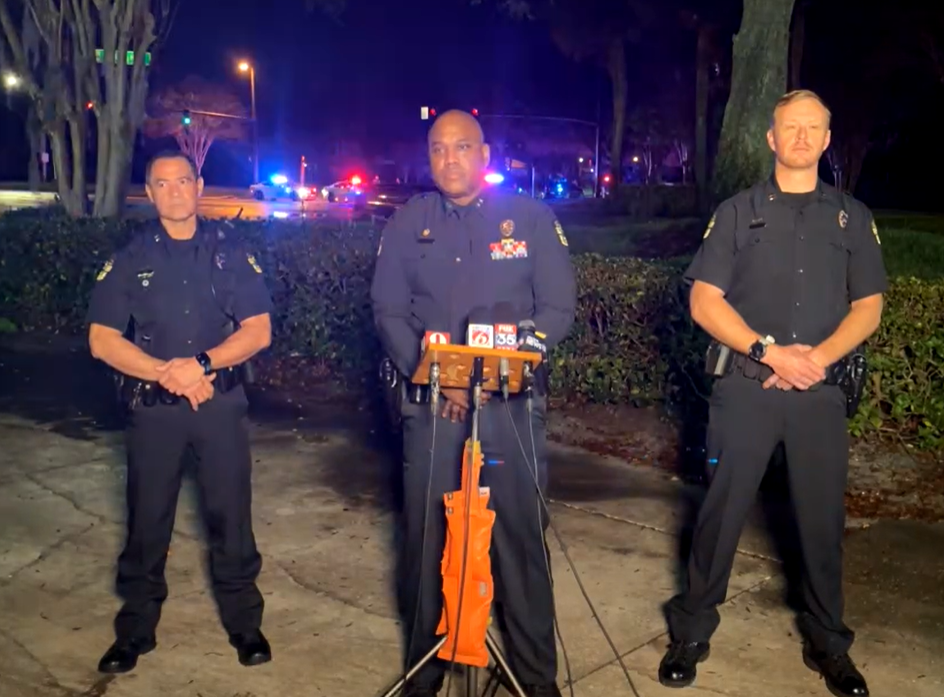 A man is in hospital after he was shot by Orlando Police officers in MetroWest overnight.

Police were investigating reports of somebody knocking on windows and possible shots being fired at  the Vista Verde apartment complex in MetroWest shortly before 1am Wednesday.

Deputy Chief Eric Smith said officers chased a man through the parking lot. He says they opened fire after the man got into someone’s car.

“Officers approached him. At that point they saw a firearm. Officers fired multiple rounds at the suspect, striking the suspect to protect the civilian who was still in the vehicle, who ran from the vehicle as the officers started to engage the suspect. And at that time we took the suspect into custody.”

Smith said OPD is treating the incident as a carjacking.

“We believe it was, I mean he saw the car, he jumped into the vehicle, he was attempting to take control of the vehicle, so that’s what we’re looking at. We’re investigating that right now. ”

Smith said neither the driver nor officers were hurt in the incident. The Orlando Police Department says a man in his 30s is in serious but stable condition at ORMC.

Five officers have been placed on administrative leave and the FDLE is investigating the shooting.