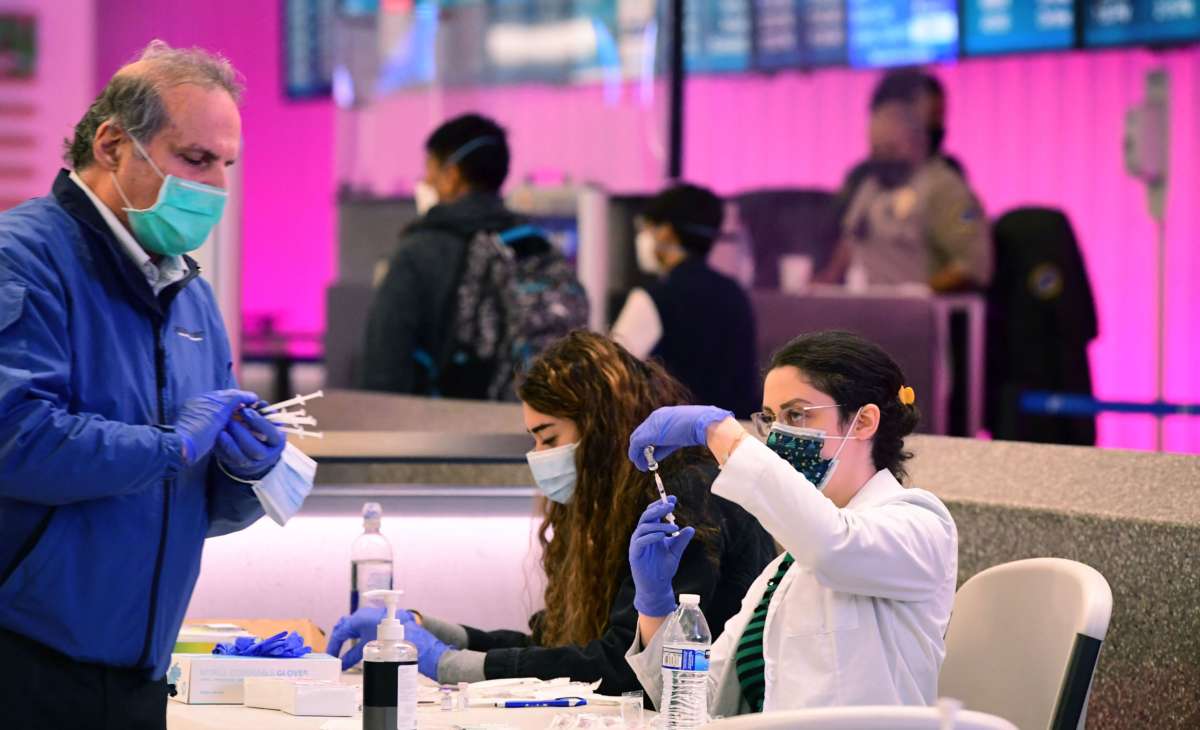 The Biden administration wants people 50 and over to have the option of getting an additional booster shot.
Image credit: FREDERIC J. BROWN

Anyone 50 years and older could soon be eligible for a second booster dose of the Moderna or Pfizer-BioNtech COVID-19 vaccine. The Food and Drug Administration is expected to authorize the additional booster shots without holding a meeting of its independent vaccine advisors.

The plan comes as evidence increases that protection from three shots is fading and a fourth shot would help boost immunity back up. And as BA.2, an even more contagious version of the omicron variant, continues to spread in the U.S., concern is mounting it could fuel another surge.

“We have a large number of people who are at least four to six months past their third shot,” says Dr. Eric Topol, founder and director of the Scripps Research Translational Institute, who supports the move.

“Without protection against the omicron variant, particularly now we’re confronting BA.2, there’s a very high risk of hospitalization and death,” he says.

But others question the plan. The vaccines are still doing a good job of protecting people from getting seriously ill. Critics say there just isn’t enough evidence yet that another shot is needed and that it would provide stronger protection that would last.

“From a scientific perspective, we still don’t have definitive evidence that giving a second booster dose is the right way to go in older people,” says Dr. Celine Gounder, an infectious disease specialist and a senior fellow and editor at Kaiser Health News.

She says data out of Israel shows an additional booster dose does reduce the risk of severe disease, hospitalization and death for people over the age of 60. But she points out it’s unclear how long that extra protection actually lasts.

“I don’t think it hurts,” Dr. Carlos del Rio, an infectious disease researcher at Emory University told NPR. “But the reality is the benefit against infection will be short lived and thus likely of little benefit for most people over 50.” He also cites the Israeli data showing benefits for those 60 and older.

Administration officials say it’s important to give people the option of a second booster as quickly as possible. The plan to offer it to people younger than 60 was made to ensure that more vulnerable people, particularly people of color who are more likely to suffer other health problems that put them at risk, also have the option of an additional booster.

But other infectious disease specialists say the administration should be focusing on getting people their primary doses and first boosters.

“What concerns me is that we are not investing in increasing the coverage of booster doses and even the primary doses,” says Dr. Saad Omer, the director of the Yale Institute for Global Health. “These are the things that are not receiving enough attention.”

Unlike previous authorizations, the FDA is not expected to make the 2nd booster a recommendation for everyone, but rather an option for those who want it.