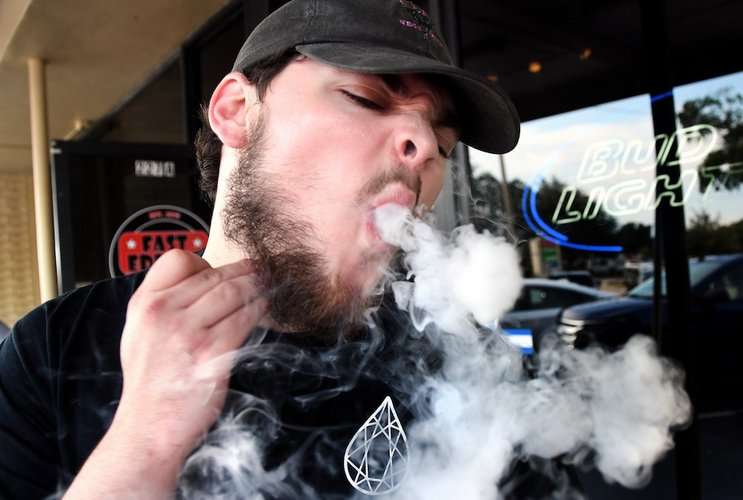 Fast Eddie’s Vape Shop, named after Kleizo’s 6-year-old son, is the center of what he says is a $10 million company. A former smoker, he says vaping was his key to quitting. But the vaping industry is at a crossroads as advocates and opponents weigh the risks.

Cigarettes are the leading cause of preventable death in the United States; smoking kills almost half a million people every year. The dilemma facing vape advocates is this: how to get addicted smokers to switch to less harmful e-cigarettes, without tempting non-smokers into a nicotine habit.

The 2017 Florida Youth Tobacco Survey found that Florida high-school students used e-cigarettes at nearly four times the rate of conventional cigarettes. And the American Lung Association says that teens who get hooked on nicotine through vaping may eventually start smoking, simply because cigarettes are cheaper and more widely available.

What’s more, kids are clearly being targeted by companies selling nicotine juice under names like “sour gummy” or “strawberry snack cake.” This week, the FDA sent warning letters to 1,100 retailers and told five popular vape companies that they had 60 days to prove they can keep their product away from minors or risk a market ban.

Kleizo says he agrees – vaping is not for kids. But now the ball is in vape manufacturers’ court. It’s up to them to prove they aren’t trying to create customers for life.