The FBI builds its case against Florida residents charged in connection with the U.S. Capitol riot 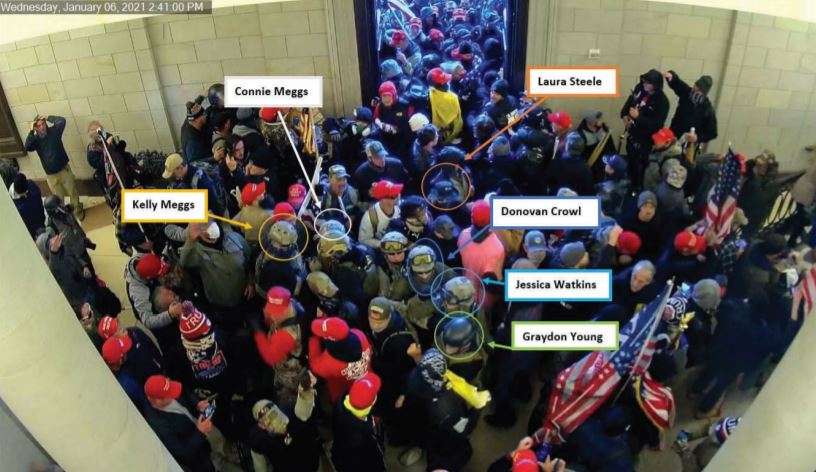 More than 700 people have been charged in connection with the January 6th, 2021 attack on the U.S. Capitol, and a congressional committee is investigating the events of that day.

WMFE’s Joe Byrnes has been following the case of two North Central Florida residents, Kelly and Connie Meggs, who are members of the Oath Keepers militia group. They face charges of conspiracy, obstruction of official proceedings and other crimes.

“Four of those have already pleaded guilty. They are accused of planning and coordinating an effort to obstruct the certification of Joe Biden as president.”

Kelly Meggs is a former car dealer who lives in Dunnellon, Marion County. Connie Meggs is his wife.

“Prosecutors say he was the self-proclaimed leader of the Oath Keepers in Florida. So Kelly Meggs is kind of a big fish among the Capitol riot defendants,” says Byrnes.

While Kelly and Connie Meggs face a raft of charges in connection with the attack on the Capitol, they are not charged with assaulting police officers like many of the other rioters. They have pleaded not guilty to the charges.

“The trial had been set for this month but was moved to April — only because there was so much evidence connected to the Capitol attack that prosecutors couldn’t provide it all to the defense attorneys in time and because new evidence kept being developed.”