The Economy Is Surging. These 4 Things Will Determine What Happens Next 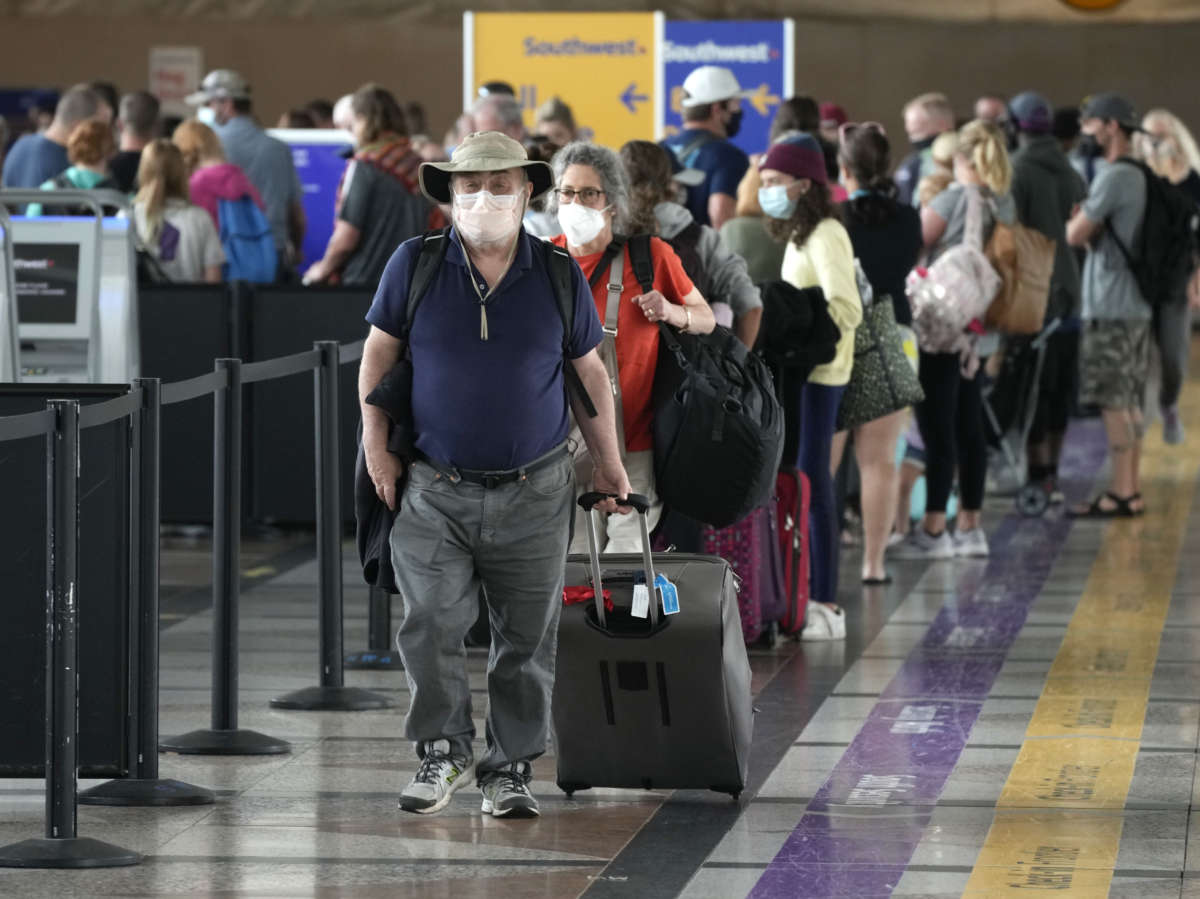 Travelers head to a security checkpoint at Denver International Airport on July 2. The economy likely surged in the April-June quarter as vaccine rollouts sparked a surge in pent-up activity. A slowdown is now seen as inevitable, although the pace of growth should remain strong.
Image credit: David Zalubowski

The U.S. economy likely grew at a blistering pace as the country emerged from the darkest days of the coronavirus pandemic. The question now is what happens next, especially as the delta variant continues to spread.

On Thursday morning, the Commerce Department is expected to report that gross domestic product grew around 8% in the period between April and June from a year earlier as the rollout of vaccines spurred a surge in economic activity.

That would potentially be the second-fastest quarterly growth since 1983, after a 33.4% annualized surge in the July-September period of last year, when the pandemic led to intense volatility in the economy.

But GDP data is backward looking, and many analysts expect growth to have marked a peak. For the second half of the year, the pace of growth will inevitably slow down, even as it is likely to remain strong.

The question is how much the economy could slow. Here are four factors that could determine the path forward:

The delta variant and the here-we-go-again impact

The pandemic is clearly not over yet. The highly transmissible delta variant of the coronavirus is fueling a surge in cases around the U.S., and multiple municipalities have reinstated indoor mask mandates, including Los Angeles County and St. Louis.

The Centers for Disease Control and Prevention this week revised its guidance to recommend that some fully vaccinated people wear masks indoors if they live in areas with substantial or high transmission.

Although few people expect the type of economic impact we saw when the pandemic started last year, it remains a real concern, given that only about half of the U.S. population is fully vaccinated.

Some small-business owners and their employees are worried about a repeat of last year, when many were forced to shut down their stores.

Ethnie Grazette, who works at Duman Home in Brooklyn, N.Y., says the spread of the virus could upend what has been a few very good months for the shop, which sells bedding and towels.

“These last few months have been pretty good,” Grazette says, smiling. “I got a lot of customers coming in. They’re spending money. It’s good for me and the people to get out.”

“I’m worried about what might happen,” she adds, however, remembering the anxiety and uncertainty during the first part of the pandemic. “If this new variant makes us shut down again, it’s going to put a lot of strain on the economy

Another risk is inflation. Data this month showed consumer prices surged 5.4% in June from a year earlier, the highest increase in nearly 13 years.

On Wednesday, after the Federal Reserve’s two-day meeting, Chair Jerome Powell again maintained that these increases are a result of pandemic disruptions to the economy and will be short-lived or “transitory.”

Others are not so sure. Some economists worry that inflation could prove harder to reverse if Americans and businesses start to expect that prices will be high — and act accordingly.

Stores could raise prices, and consumers could stop buying certain things, for example.

Even if it proves temporary, high inflation is already weighing on businesses and their customers.

“Just because it is transitory — that is, caused by some dislocation of the pandemic — that does not mean it is not disruptive and extremely impactful to certain segments of the economy,” says Constance Hunter, the chief economist at KPMG.

The big debate over workers in America

Perhaps no issue has split opinions more sharply than why some Americans have remained reluctant to return to work, hindering some sectors like leisure and hospitality.

Republicans have consistently blamed the enhanced unemployment benefits passed during the pandemic. They say the benefits are a disincentive to work, and about half of states — almost all led by Republican governors — are ending the benefits early.

The data so far has been inconclusive, and analysts cite a number of reasons that some Americans have stayed on the sidelines, including health concerns, difficulty finding child care and, yes, the financial cushion provided by expanded benefits.

Ralph Elia owns KC Arts in Brooklyn, and he says it has gotten harder for him to find workers.

“I feel like small business has been in competition to get employees with the benefits,” Elia says. “I agreed with it in the beginning. We really needed it. But at some point, they should have slowed it down or cut it off. Because we need to hire people. People need to get out and work.”

Chips and the supply chain chaos

It’s a problem that has bedeviled industries from carmakers to homebuilders since last year: A surge in demand from people cooped up at home has led to shortages of key materials, such as chips used in all kinds of electronics and cars, as suppliers struggle to keep up.

Though some of the supply chain constraints are starting to ease — in the lumber sector, for example — there’s no certainty of when global trade will approach normality.

So far the impact has been manageable overall, though much depends on how long the shortages of key materials last.

“If there will be any drag on growth in the second quarter, it could be from inventory,” says Bryson, of Wells Fargo. “[There are] lots of supply constraints, businesses can’t produce as much and so, because of that, they may have been selling out of their inventory, and that could be a mild headwind to growth.”